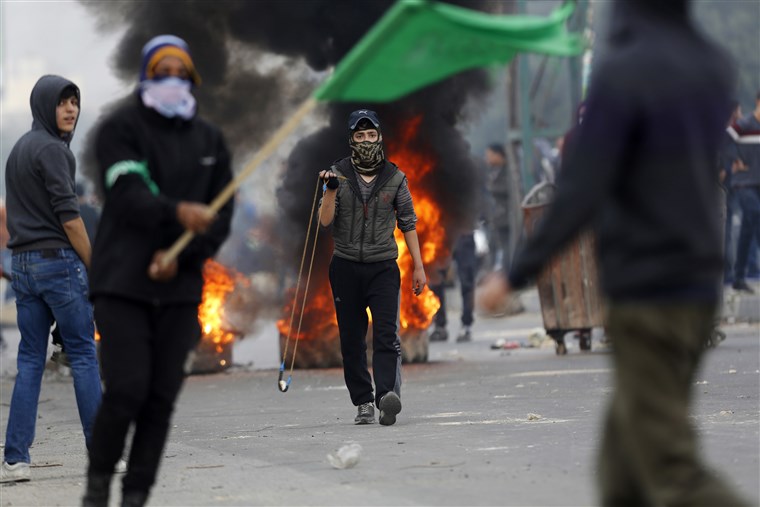 The Trump administration has proposed giving Pakistan US $800 million as reimbursement for its military and logistical support in counter-terrorism operations in the next fiscal year.

This is a cut of US $100 million compared to last year – in its annual budget proposals under the Coalition Support Fund (CSF). The CSF is a Pentagon program which reimburses US allies that have incurred costs in supporting counter-terrorism and counter-insurgency operations.

“The FY 2018 budget proposal seeks US $800 million in CSF for Pakistan. The CSF authority is not security assistance, but reimbursements to key cooperating nations for logistical, military, and other support provided to US combat operations.”
– Adam Stump (Defence Department spokesman for Afghanistan, Pakistan and Central Asia)

Pakistan is one of the largest recipients of the fund, having received US$ 14 Billion since 2002. Coalition Support Fund (CSF) refers to money from the Defense Emergency Response Fund (DERF) that is eligible to be used to reimburse coalition partners for logistical and military support to U.S. military operations. Pakistan started to receive these funds when it became a front-line ally in the post 9/11 War on Terror.

Pakistan has been fighting a full drawn counter-terrorism campaign since the past decade and a half, much of which can be attributed to the dwindling Afghan situation.

For 2016 fiscal year, Pakistan was authorized to receive up to the US $900 million under CSF. However, this $100 million cut comes at a time when the US is all set to devise a new policy for Afghanistan which also entails a toolkit for Pakistan.

The US has upped the verbal pressure on Pakistan and has again castigated it for harboring terrorists. The squeeze in military aid could be seen as a plank of a set of options to control what many call an “unruly” Pakistan.

The Trump administration has proposed $344 million in financial assistance to Pakistan including $100 million in foreign military funding, a massive $190 million reduction in the grant as compared to the 2016 fiscal year.

Here it is important to recall that the US Congress imposes strings and pulls on the aid to Pakistan, but the Department of Defense does not attach any conditions.

The Pentagon fully justified the need to fund Pakistan a substantial amount.

“Pakistan’s security forces regularly engage enemy forces, arrest and kill Taliban and al-Qaeda forces, and provide significant support to US forces operating in Afghanistan. Pakistan continues to meet the enemy insurgency and has made enormous sacrifices in support of these operations.

“The expenses Pakistan incurs to conduct operations against al-Qaeda and Taliban forces include providing logistical support for its forces, manning observation posts along the Afghanistan border, and conducting maritime interdiction operations and combat air patrol,” the Pentagon said.

Here it is noteworthy to mention that ties between the two countries are not as good as they should be; especially amid a deteriorating security profile in Afghanistan. The US has to garner the support of Islamabad in order to bring about a negotiated end to an otherwise unending war in Afghanistan. This it is trying to do through carrot stick policy as ever, with a bigger stick this time.

Concomitant to this, the Trump administration has only proposed $344 million in financial assistance to Pakistan including $100 million in foreign military funding, a massive $190 million reduction in the grant as compared to the 2016 fiscal year. Even this they are threatening might be in the form of a loan although it has not been determined yet.

In a report prepared by the Congressional Research Service (CRS), a research and analysis arm of the US Congress, it was noted that the US Congress had cut funds to Pakistan by 73% over the last five years.

“Pakistan plays a key role in US counter-terrorism strategy, the peace process in Afghanistan, nuclear non-proliferation efforts, and stability and economic integration in South and Central Asia. It is also a large and growing economy offering profitability for US businesses,” the State Department said in its annual budget proposals sent to the US Congress.

Read more: The intelligence top brass warns the US of increasing “Afghan Trouble”

Last year, the US assistance to Pakistan under the State Department budget was $534 million, which included $225 million towards foreign military funding.

However, the package is supplemented by auxiliary ones, to include a US $200 aid package to strengthen governance, economy, and resistance against extremism. Besides, there are other programs that are being proposed for Pakistan in the realms of bolstering security capabilities and border management.

Is the aid-cut really needed?

It is important to look at these efforts at pressurizing Islamabad at a time when there is turmoil and trouble in the region, be it in shape of the Afghan imbroglio or simmering Indo-Pak conflagration.

The US has again iterated Pakistan’s half-hearted drive to end terrorism.

“The Department recognizes the significant sacrifices the Pakistan military has made in the fight against terrorism and appreciates Pakistan’s continued support for the transit of materiel to coalition forces in Afghanistan.”
– US Deputy Secretary of Defence

“Disbursement of the remaining US $350 million requires the Secretary of Defence to certify that Pakistan has taken sufficient action against the Haqqani Network. The Secretary has not yet made a decision on certification,” Mr. Stump said.

It must be recalled that for the first time in 2016, the Secretary of Defence Ashton Carter had declined to certify that Pakistan met the certification requirement, resulting in the loss of US $300 million funds for it.

In a report prepared by the Congressional Research Service (CRS), a research and analysis arm of the US Congress, it was noted that the US Congress had cut funds to Pakistan by 73% over the last five years.

Last year, the US senate approved a bill which blocked the US $ 300 million aid to Pakistan unless the desired action is taken against the Haqqani Network.

A cut in aid at this time will be seen as a visible support to disruptive forces on part of the US, which would create an ill-timed mistrust between the two countries, which in actuality require cooperation.

Despite objections of the White House, the Republican majority House of Representatives approved the National Defense Authorization Act (NDAA) blocking $450 million aid to Pakistan for failing to take action against the dreaded Haqqani network.

Congressman Dana Rohrabacher’s amendment added an additional requirement that the secretary of defense certify to Congress that Pakistan is not using its military or any funds or equipment provided by the US to persecute minority groups seeking political or religious freedom.

This has been happening for the past two years and if the current disposition is anything to go by then the US is likely to ramp up financial cuts. This is likely to put Islamabad in a tough situation especially considering its ever-deteriorating ties with Delhi.

Pakistan is currently grappling with hot front lines on the east and the west flanks, with Iran also blowing hot and cold. A cut in aid at this time will be seen as a visible support to disruptive forces on part of the US, which would create an ill-timed mistrust between the two countries, which in actuality require cooperation.

Previous articleWhat Pakistan needs to develop its mining sector
Next articleIndia is due to choose ICJ Judge nominee soon: Is this important?

23 July 2021
Previous articleWhat Pakistan needs to develop its mining sector
Next articleIndia is due to choose ICJ Judge nominee soon: Is this important?