Prime Minister Modi has successfully destroyed India’s image of the world’s largest democracy and has exposed to the world his Hindutva project. PM Khan has termed recent illegal, forced annexation of Kashmir by the current BJP-led government as historic blunder for which India will have to pay a heavy price. 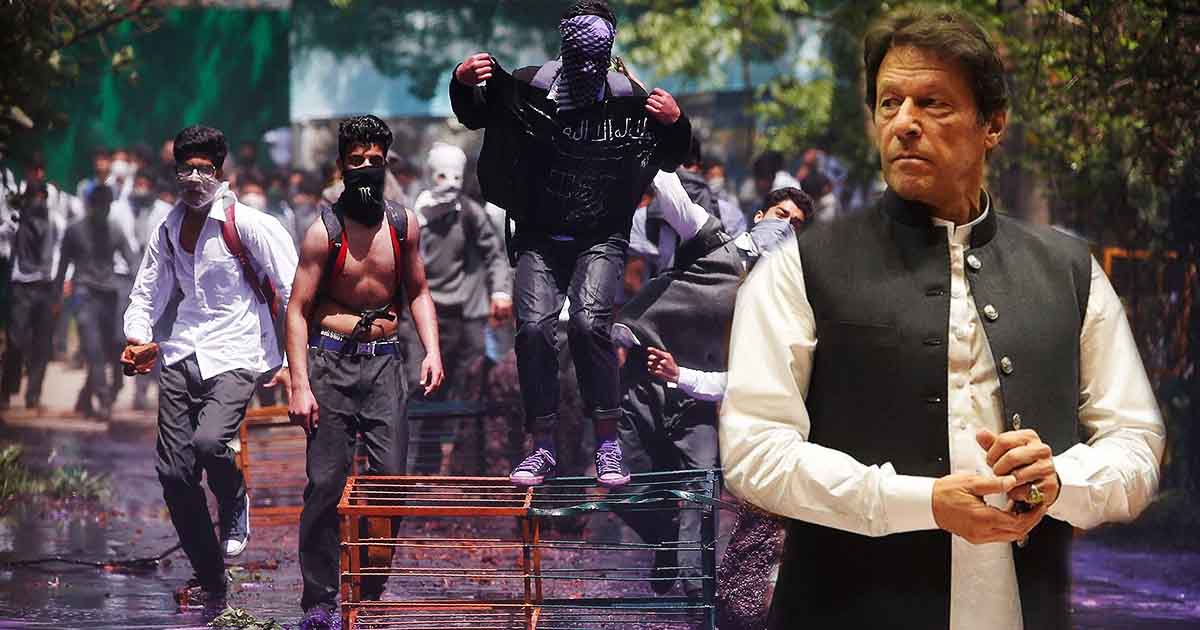 Prime Minister Imran Khan addressed the nation on the eve of Monday, August 26. His speech was focused on the Kashmir crisis and he took the nation into confidence. The premier made it clear that Pakistan can go to any extent for the Kashmiris right to self-determination. He also highlighted that PM Narendra Modi is committing historic blunders to destroy Indian democracy.

According to details, the premier said that India’s decision to revoke Article 370 would prove to be a historic blunder by Narendra Modi’s government in occupied Kashmir. “Time will prove that the Indian government has given an opportunity to the Kashmiri people to get their freedom. They [India] have played their last card,” he said in a televised address to the nation.

PM Imran Khan assured the Kashmiri people that Pakistan would continue to stand with them even if the rest of the world does not and said he would become Kashmir’s ambassador globally. “I will raise the issue with heads of state and international media. I will tell them that [Modi’s] is not an ordinary government but one that follows a dangerous ideology,” he stated.

The Indian government had planned to commit atrocities against the Kashmiri people to keep them silent and try to carry out a false flag operation to divert attention.

The prime minister said he would raise the Kashmir issue during the United Nations General Assembly (UNGA) on September 27 and meet world leaders in New York.

The premier underscored that the real ideology of India’s ruling party, the Bharatiya Janata Party (BJP), was that of the Rashtriya Swayamsevak Sangh (RSS). Elaborating on the RSS ideology, PM Khan said it was centered on hatred for Muslims. “The founding fathers of the RSS believed in fascist, racist ideologies and killed Mahatma Gandhi after independence. After seeing this ideology, Quaid-e-Azam took part in the Pakistan movement,” the PM said, adding that it was the RSS ideology that ruled over India now.

Earlier in a tweet Prime Minister Imran Khan said the same: “This is the RSS ideology that threatens not just Kashmiris or Pakistan or even just Indian Muslims, Christians & Dalits but India itself as envisaged by its Founding Fathers,” wrote the PM in the tweet with the link to a story describing India’s propensity towards Neo-Nazism.

This is the RSS ideology that threatens not just Kashmiris or Pakistan or even just Indian Muslims, Christians & Dalits but India itself as envisaged by its Founding Fathers. https://t.co/Xn1ctcBrWJ

According to the prime minister, the Indian government had planned to commit atrocities against the Kashmiri people to keep them silent and try to carry out a false flag operation to divert attention.

A Glimpse of Modi’s India

PM Modi before his election focused on economic development and re-imagination of Hinduism. Previously, India was theoretically a secular multi-nation state but Modi’s induction to power exposed ground realties of Indian society. Now political analysts are convinced that might be a democracy on paper but at ground the reality is totally different and largely disappointing.

Anish Kapoor, a sculptor, wrote an insightful piece back in 2015 when Modi was first elected to power. He maintain that social cohesion of India would soon be challenged since there was going to a Hindu Nation with an imaginative glorious past. Hence, the BJP is, if anything, a revivalist Hindu nationalist party following a fascist political ideology to implement a religiously dominated idea Hindu culture.

“The country’s openness to social and religious minorities (more than 500 million people) and regional differences is at serious risk. Of late, Modi’s regime has effectively tolerated – if not encouraged – a saffron-clad army of Hindu activists who monitor and violently discipline those suspected of eating beef, disobeying caste rules or betraying the “Hindu nation”, wrote Kapoor.

He further feared: “This alarming erosion of democracy is a slippery slope that may end up targeting not just minorities and “outsiders” but any dissenting “insiders”. What I’ve seen happening is a spirit of fear taking hold, which threatens to silence activists, artists and intellectuals alike. We’ve never known that before. A Hindu version of the Taliban is asserting itself, in which Indians are being told: “It’s either this view – or else.” A friend told me: “There is huge oppression of anyone who’s different.”

On August 14, Ramachandra Guha, a historian of modern India and biographer of Mahatma Gandhi, drew the gloomy picture of the present-day India. “India is in danger of becoming what I have called an “election-only democracy.” Once a party has won an election, it is unaccountable for its acts. Parliament barely functions. Large sections of the media are scared or co-opted.

The judiciary is overburdened and dysfunctional. The civil service and the police are in the pocket of the BJP. President Trump cannot set the tax authorities and intelligence agencies on his critics, but Modi can, and might. Independent news websites and television channels — the Wire, Quint and NDTV, among others — have faced intimidation through libel cases, tax raids, etc,” he wrote in a piece for The Washington Post.

The big lie about the Libyan war

Modi tells Congress not to give lectures on democracy

Self-destruction 101: This is how India is destroying itself