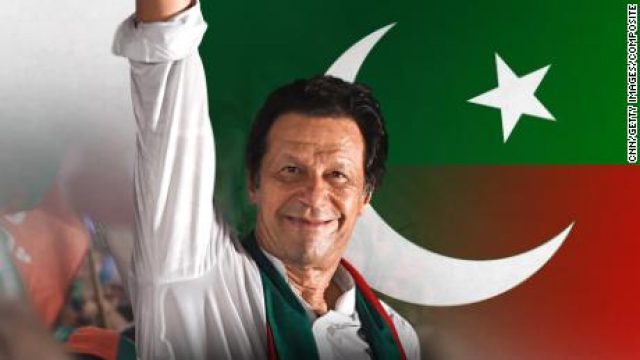 Prime Minister Imran Khan, who is known across the world since his 1990s for being a world class player and winning a cricket world cup for Pakistan, has been praised by a UK-based political and strategic analyst Adam Garrie. Mr. Garrie has stated that PM Imran Khan will prove to be best ruler for Pakistan after its founder Quaid-e-Azam Muhammad Ali Jinnah, reported a local Urdu newspaper.

According to media reports, while talking in a TV programme on Iranian Press TV, Mr. Garrie asserted that under the leadership of Khan, Pakistan has stood in front of the United States as a sovereign state. “When Khan held the office and the way he handled the government, I believe that he will be the best leader for Pakistan after Jinnah,” he added.

Pakistan remained unable to present its image as powerful or peaceful before the international community. India, on the other hand, has successfully created an image of emerging soft-power.

Moreover, Mr. Garrie also said that since PM Khan has come to power, the best thing he has done is pulling out his country from the colonial mindset. “Imran Khan is bringing Pakistan to a position where it can play the role of regional power,” the analyst stated, adding that no ruler before him has tried to do that and this will make a huge impact on Pakistan’s economy in future.

Since the PM Imran Khan assumed the office he has repeatedly said that his government will prefer to establish friendly relations with all the states. But Mr. Khan is critical of USA’s ‘do more’ policy. PM Imran Khan recently reaffirmed that there will be no compromise on the national interests of Pakistan. PM Khan mentioned in his maiden speech that the Pakistani embassies should keep an eye open over the Pakistanis who are living abroad and facilitate them.

“A positive image of Pakistan should be promoted on a global level,” the premier urged during the maiden speech at FO after assuming the office.

Pakistan remained unable to present its image as powerful or peaceful before the international community. India, on the other hand, has successfully created an image of emerging soft-power. Analysts in Pakistan argue that India has used Bollywood and its writers smartly to create its positive image.

Pakistan which has been a victim of terrorism is blamed for the mess created by other states or non-state actors within and outside Pakistan. There have been no effective measures taken by Pakistan’s foreign office or any premiers in the country to deal with the image of the country and its people at an international level.

Read more: PM Khan at NAMAL: How a leader speaks to students?

PM Khan has always been vocal to differ with a popular expression on media regarding the war on terror. He is very clear about the sacrifices Pakistan has given and policies it has made so far to counter terrorism and extremism. Experts believe that he will help re-shaping the image of Pakistan before the international community.