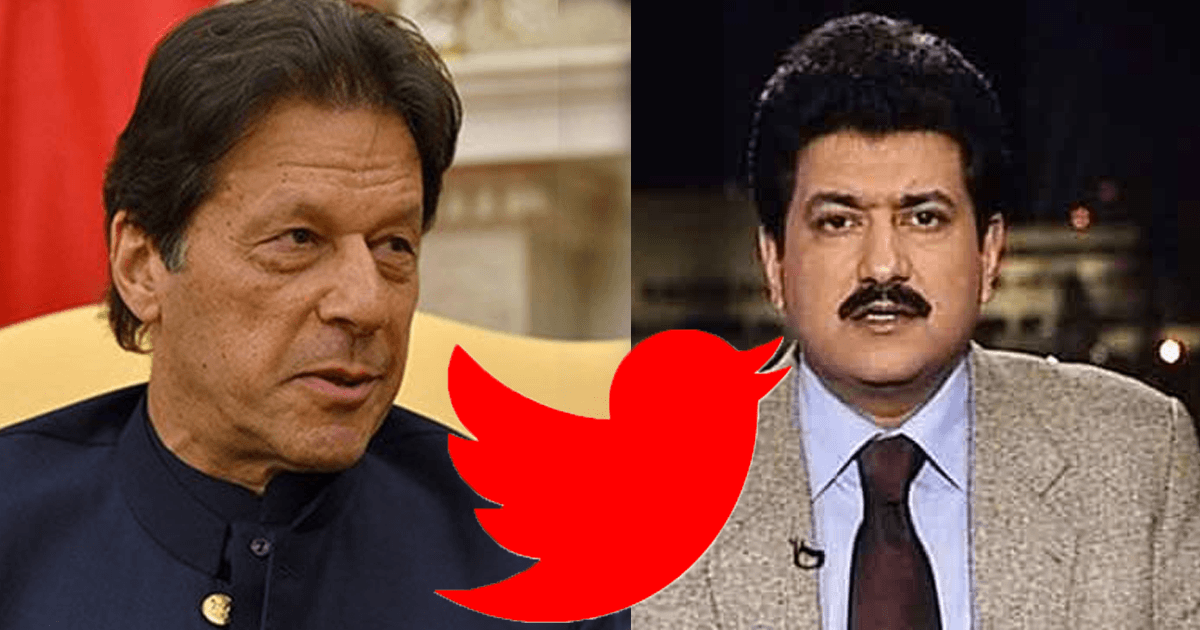 The development surfaced on social media through a an account called Siasat Bot; an account that keeps track of the twitter handles of major politicians and political parties.

The development also coincided with PM Imran Khan reaching the milestone of 10 million followers on Twitter, the most for any Pakistani.

Imran Khan reportedly had 19 followers before clicking the ‘unfollow’ button on Hamid Mir. The 18 accounts that he still following belong either to organizations that he is heading himself i.e. Pakistan Tehreek-i-Insaf (PTI), Shaukat Khanum and Namal. The other accounts he is following include leaders of the PTI.

As the news made became known, Hamid Mir himself took to twitter to indirectly address the development. Retweeting a post he himself had made a few days ago, Hamid Mir said that he had become unfavorable to PTI after he started criticizing them.

Contacted by a local news website Hamid Mir said that he was ‘honored’ that he had been unfollowed by the Prime Minister.

He added that politicians liked to follow him in opposition and unfollowed him in government.

Hamid Mir has been increasingly critical of the Imran Khan led PTI government in recent days. He has been particularly vocal about press freedom and has maintained that arrests of opposition leaders appear to be a form of victimization.

What was the most asked question to @ImranKhanPTI in US?It was about censorship on media our PM spoke very well on many issues but failed to give satisfactory answers on questions about media he is helping his enemies by fighting with media

However, PTI supporters have accused Hamid Mir of making personal attacks on PM Khan during a show discussing Daily Mail’s accusations against Shehbaz Sharif. Mir had said asked Punjab Spokesman Shabaz Gill about the truthfulness about an article published in the same paper about PM Khan’s ex-wife and daughter.

Social media users have offered mixed responses on whether this is a right decision on behalf of PM Khan. The PTI supporters on social media have also called for a mass unfollowing of Hamid Mir.

Being a media person he can do criticism
You have to answer his questions if he is right
When @ImranKhanPTI was in opposition he was saying that @HamidMirPAK is presenting true media but now when he got his seat he can't bear criticism
This is unfair#hamidmir #ڈیزل_شیطان_الوقت pic.twitter.com/sN8hEpSWyr