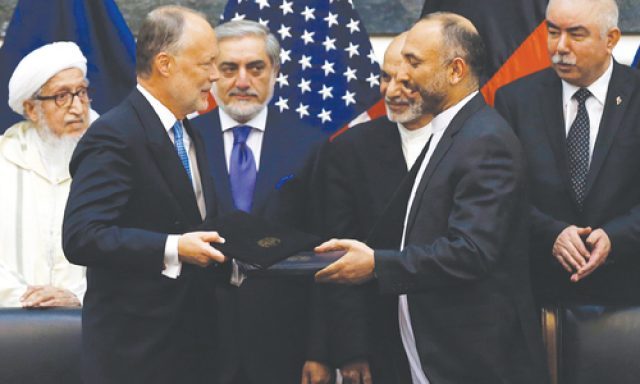 While Imran Khan may have reasons to draw some comfort from his seemingly strong grip over the party, South Punjab presents an entirely different picture. Unlike Asif Zardari and Bilawal, who have no reasons to fear the influence of any of their party’s stalwarts, Imran Khan faces a real dilemma of formation of a shadow network in South Punjab. The network, as is apparent, is formed and strengthened by none other than Shah Mehmood Qureshi, currently the Vice Chairman of the party.

The influence and autonomy that SMQ enjoys is dangerous. He is building a dense network of family connections and sidelining those loyal to IK and the party.

Shah Mehmood Qureshi’s explosive policy to build a network of his own should be a shock to the supporters of the PTI. For years, many imposing figures from South Punjab, especially Jehangir Tareen, a billionaire and the former General Secretary of the party, have struggled with the growing tendencies of SMQ. But not anymore! With careful planning and tireless work, SMQ has established his supremacy over the party.

In order to completely sideline Jehangir Tareen and grab almost all of South Punjab, SMQ openly waged a war of words, risking a fight that could hurt the electorate’s confidence and put the party at a disadvantage to its opponents. Luckily for the PTI, SMQ’s cheap tactics weren’t met with retaliation from JT; he rightly blinked first to avoid a protracted fight. South Punjab is now very much in SMQ’s hand.

SMQ’s aggressive maneuvers in South Punjab is aimed at building a network of electables ( that I will try to expose another time) that are loyal to him, so as to facilitate his way to the seat of the Chief Minister of Punjab, and ultimately when IK retires, the PTI’s chairmanship. Such deceptive maneuvers come at a disruptive cost for the party which is facing a die-hard competition in the election, but it is a cost that SMQ is willing to pay. Being feudal by nature, this is his modus operandi in politics.

Is it hard to fathom how did the party reach this tipping point? Obviously, not! Shah Mehmood Qureshi has been enjoying IK’s unstinting support and IK always seems quite happy to be led by his party’s vice chairman in political matters of provincial and national importance.

Imran Khan would be a fool if he ignores the importance of South Punjab in national politics. It always stands as the ultimate arbiter, especially when the inter-party competition in the country gets tricky and hot. Temptation blows high in South Punjab, as it does in the rest of the country, but it has a strong tendency to resist it. Whenever the discourse of national politics is polarized, and certainty gives way to doubt and suspicion, South Punjab always has a key role to play.

Since 2011, SMQ has been an indispensable part of the party. His continuity in the office of the party’s vice chairman assured him more than anything a more consistent influence over the party than most of his party’s colleagues ever enjoyed. Like most of his contemporaries, Shah Mehmood Qureshi belongs to the top tier of the country’s society. He is the descendant of a distinguished line of Qureshi grandees.

Luckily for the PTI, SMQ’s cheap tactics weren’t met with retaliation from JT; he rightly blinked first to avoid a protracted fight. South Punjab is now very much in SMQ’s hand.

Of all the politicians who walked the South Punjab political stage before, Shah Mehmood Qureshi is one of the most baffling. Since the time he entered politics, he has always shown signs of curiosity, political ambition, and aspirations.

Until 2011, he was an important part of the PPP. During its tenure, he served as the country’s foreign minister. Then all in a sudden he severed his relationship with the party and started a crusade against the party. Though SMQ might have some reasons to justify his fleeing the party, the fact is that it was his unforthcoming and lofty style that was a source of displeasure with the rank and file of the People’s Party. He had been the party’s MNA, yet he believed that his stature and job, the foreign policy, was too mighty to be subjected to any kind of scrutiny and question.

Read more: Khan’s politics of courting the ‘electables’; will it work?

He represents South Punjab but knows little about it outside his home district – Multan, he has shown little interest in inquiring about the sufferings and problems of the people there and feels at ease in the company of feudal.

And yet SMQ has a large stomach for power and a willingness to employ conspiratorial methods in order to obtain and hold on to power. Concealment and a preference for discreet, under-the-table dealing remain a hallmark of his work. His posture of gentlemanly modesty wraps an intuitive feel for the tactics and maneuvers of adversarial politics.

The influence and autonomy that SMQ enjoys is dangerous. He is building a dense network of family connections and sidelining those loyal to IK and the party. This extensive exercise will further reinforce his position and independence in the party.

The PTI’s voters already cannot do much to ease the pain of enlisting electable in the party. And they cannot be expected to be grateful for occasions when electable speak louder than the party’s code of conduct.

Therefore, for the sake of the party and its supporters, Imran Khan needs to acknowledge that a disloyal party, self-centered members and diminished trust of the voters are the cost of the Shah Mehmood Qureshi’s service. Imran Khan must put an end to the unethical reign of SMQ.