At a gathering to celebrate Youm-e-Takbeer in Lahore, Maryam Nawaz Sharif made a fiery speech, labelling Prime Minister Imran Khan an “incompetent premier” and a “puppet who is dancing on someone else’s tunes”. 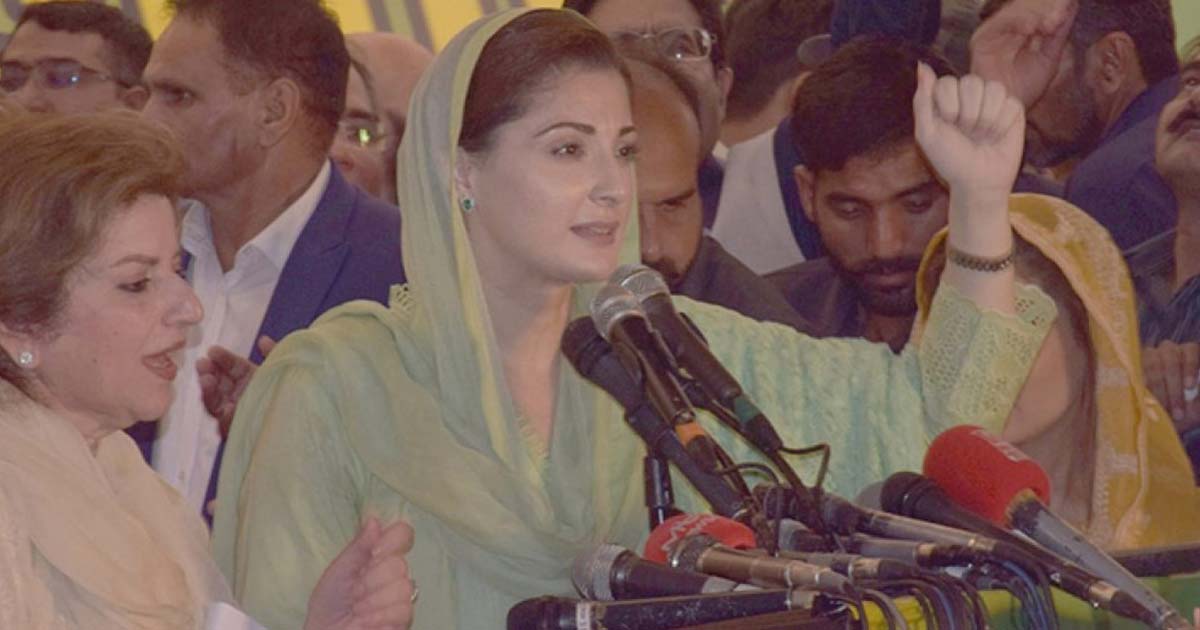 Maryam Nawaz, Vice President of PML-N and daughter of the imprisoned former Prime Minister Nawaz Sharif, burst out at Prime Minister Imran Khan in an angry rant on Tuesday, labeling the incumbent premier for being a “selected” premier who is “incapable” of holding the office bequeathed to him.

Addressing a gathering organized by PML-N to commemorate Youm-e-Takbeer in Lahore yesterday, Maryam Nawaz and Hamza Shahbaz paid tribute to Nawaz Sharif and PMN-L for making Pakistan a “nuclear power”.

“Do you remember the brave leader who made Pakistan’s defense impregnable and unbeatable by testing nuclear missiles on 28th May 1998” cried Maryam, adding that the man who exhibited the bravery and courage to make Pakistan a nuclear power is now languishing in Kot Lakhpat jail.

The PML-N Vice President addressed the premier, “Stop hiding behind state institutions”, and added that if Nawaz Sharif was not in jail today, the PTI-led government would not last.

Referring to Imran Khan’s statement that he tried calling PM Narendra Modi during the post-Pulwama tensions, Maryam lashed out and stated that Imran Khan’s premiership is not recognized and accepted by the leaders of the world. She hurled, “You have entered the government from a hidden door, and you have no standing in the international community. You are a puppet”.

Maryam Nawaz Sharif added that Indian premier Atal Bihari Vajpayee had visited Pakistan on the invitation of former Prime Minister Nawaz Sharif, taking a jibe at PM Khan, she maintained that PML-N wants peace with India and across the region.

Addressing PM Khan, Maryam lashed out that our “incapable” prime minister, who has stolen into power, is carrying a ‘Kashkool’ (begging bowl) and busy begging for funds from the world, which has dissuaded all heads of states and dignitaries from visiting Pakistan.

Maryam added that Imran Khan is a selected leader, “a puppet who dances on someone else’s tunes”, which is why he does not get the respect due to the Prime Minister, particularly the respect former premier Nawaz Sharif enjoyed during his tenures.

The crowd gathered around her began chanting slogans that the “entire government fears one brave woman”, to which Maryam replied, “Yes, they are very scared”.

The PML-N Vice President addressed the premier, “Stop hiding behind state institutions”, and added that if Nawaz Sharif was not in jail today, the PTI-led government would not last.

Maryam stressed that despite severe restrictions and lack of economic growth, Nawaz Sharif did not let the economy collapse.

Maryam declared that throughout all his interviews and speeches, Imran Khan is always focused on the former Prime Minister Nawaz Sharif. She asked PM Khan to focus on other aspects of governance. She said, “You may be a puppet, a selected leader-but you are an incompetent prime minister-wake up and start serving this country and its citizens”.

Referring to the allegations of massive corruption leveled against her father, Maryam asked, “If there was rampant corruption every leader was a thief, why was inflation going down?”

Maryam stressed that despite severe restrictions and lack of economic growth, Nawaz Sharif did not let the economy collapse. “You mortgaged the entire country to receive a $6 billion loan from the International Monetary Fund (IMF)”.

Maryam decided to vent out an angry rant against Prime Minister Imran Khan only a day after she received an official notice from the Election Commission of Pakistan (ECP), seeking a reply to a petition filed by Pakistan Tehreek-i-Insaf (PTI), challenging her appointment as the vice president of PML-N. The ECP has scheduled the hearing of the plea for 17th June.

Close to the Dead End, Sharifs Out to blow the system