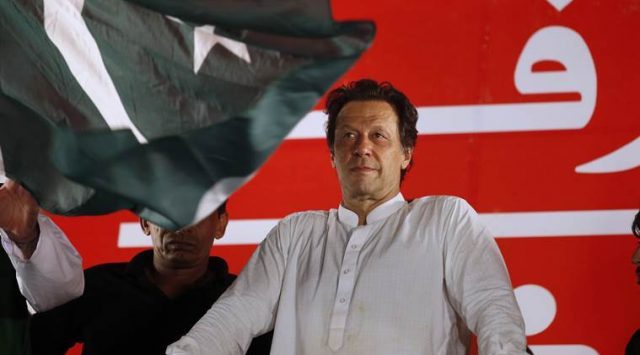 He stated that since the nation is beginning the journey towards ‘Naya Pakistan’ it must begin with passion and zeal.

He tweeted: “I want all Pakistanis to celebrate 14th August, our Independence Day, with full fervor – especially as we are now moving towards Naya Pakistan & reclaiming Jinnah’s vision InshaAllah.”

Imran Khan, in his message, reiterated that he is adamant to rebuild Pakistan by following the vision of founder of Pakistan- Mohammad Ali Jinnah.

Read more: The wait is over! the historic Independence Cup kicks off today

Imran Khan’s political party has emerged as a leading political party in the polls of July 25th. He has claimed decisive success at the provincial level as well. Nevertheless, his party has claimed 116 seats of National Assembly. Imran Khan will be the 19th prime minister of Pakistan following his oath-taking ceremony by the end of the week.

Pakistan will celebrate its 71st Independence Days. All the elected parliamentarians have taken oath in the assemblies on Monday 13th August 2018.

He also congratulated the nation over the decision of the apex court on the voting rights of the overseas Pakistani’s.

Read more: Independence Cup up for grabs as World XI takes on Pakistan…

He tweeted: “Good news for our national asset, the Overseas Pakistanis – PTI’s struggle for their voting rights’ implementation has been won as SC has decided this must be done and directed ECP to ensure the same through electronic means.”

Imran Khan has made several promises with the nation, however, people believe he is the right leader to gear the country towards progress and development. The world leaders have congratulated Imran Khan over his phenomenal victory in the elections. The supporters are anxiously waiting for him to be sworn in as the prime minister of Pakistan.