Pakistan came a long way from being terror infested itself to mediating between countries to stop war advancements. Imran Khan's role in Iran-KSA mediation is laudable. 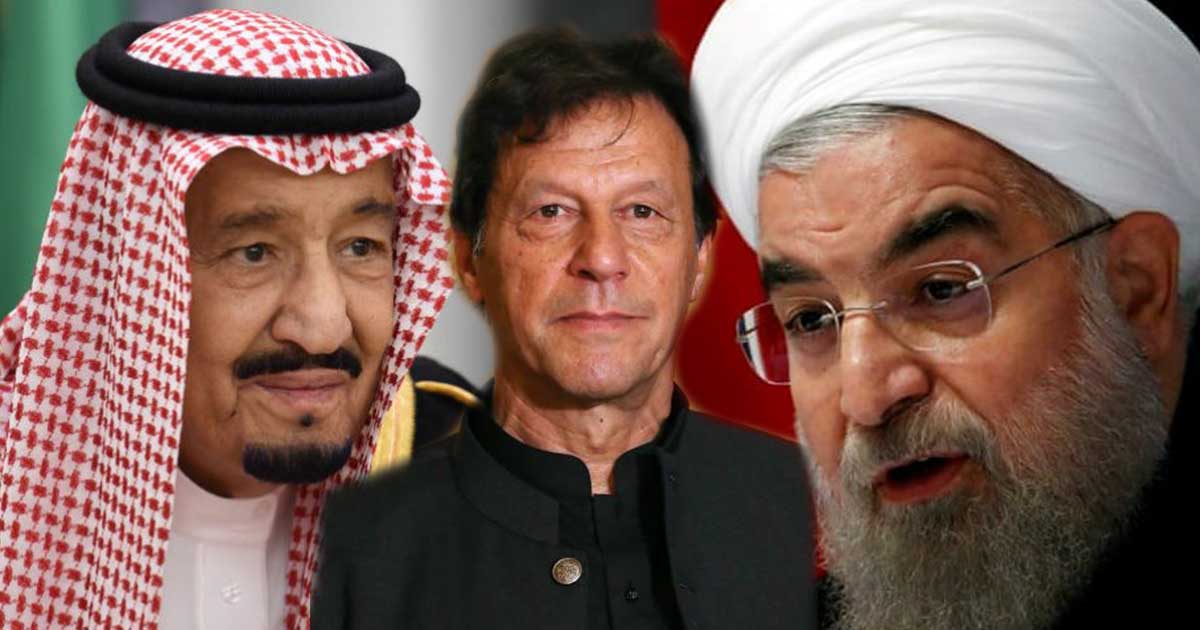 Pakistan’s Foreign Minister said Tuesday that Prime Minister Imran Khan’s talks with Tehran and Riyadh had been “encouraging” after visits to try to defuse rising tensions in the Gulf.

Khan traveled to Iran and Saudi Arabia as a “facilitator” between the arch-rivals, following a series of attacks on oil infrastructure and tankers in recent months that have raised fears of war.

Addressing a joint news conference along with Iranian President Hassan Rouhani after their meeting in Tehran today, Prime Minister Imran Khan said his visit is aimed at reducing tensions between Iran and Saudi Arabia as Pakistan does not want any other conflict in the region. pic.twitter.com/0xuarU8mCl

“Our talks have been encouraging and the response that we got in the two countries was beyond our expectation,” Foreign Minister Shah Mehmood Qureshi told a press conference in Islamabad after Khan’s visit to Riyadh.

“Iranian leadership told us they don’t want escalation and wish to resolve the issue peacefully,” he said.

Iran’s leaders said “they are also mentally prepared for dialogue, either direct or with third-party facilitation”, Qureshi added.

It was Khan’s second visit this year to Iran, which shares a border of about 1,000 kilometers (620 miles) with Pakistan.

Pakistan’s Prime Minister Imran Khan is headed to the Iranian capital Tehran in a trip that focuses on “peace and security in the region,” after which he will travel to Saudi Arabia. https://t.co/XvTIfxPp4Y

Tehran has denied involvement and warned of “total war” in the event of any attack on its territory.

“We conveyed to Saudi leadership Pakistan’s position on the issue and Iran’s sentiments,” said Qureshi, who accompanied Khan on the visit.

“I am quite satisfied to say that the clouds of war and conflicts that hovered lately are clearing,” he added.

“A good beginning has been made… There is a mechanism to move forward and we are engaged in a discussion on this.”

Pakistan has strong relations with Saudi Arabia, with more than 2.5 million of its nationals living and working in the kingdom, but it also maintains good relations with Iran and represents Tehran’s consular interests in the United States.