India has been throwing veiled and not so veiled threats at Pakistan to lose its stance on Kashmir and Imran Khan is relentlessly trying for Peace. Is this a wrong move? Should Imran Khan speak the language Modi and Indian policymakers understand? 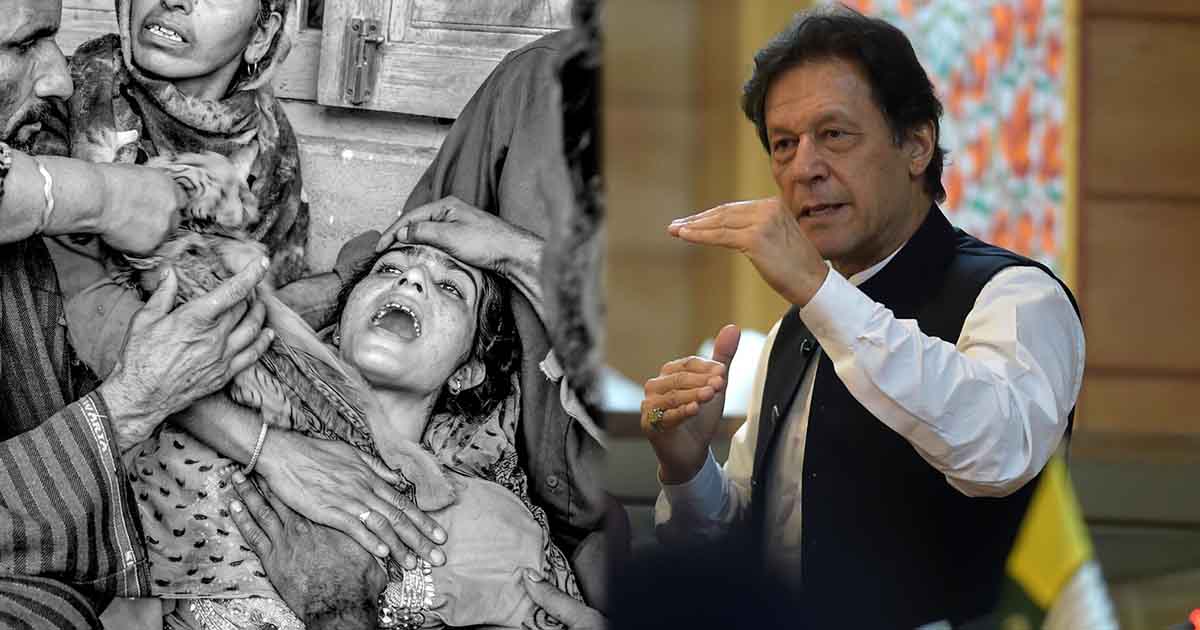 Imran Khan’s policy or strategy if one wants to call it that, regarding India could be summed up by considering those popular memes that say “I love you but…” and “… But I love you” The latter one seems to be Khan’s policy toward India.

Imran Khan just today wrote an Op-Ed piece for the New York Times in which he outlined his desire of achieving peace with India. He started out from his inaugural speech where he said he will take two steps forward to achieve peace if India took one. He also talked about sending letters to his Indian counterpart Narendra Modi to that end.

As ambassador for the people of Kashmir I am going to expose the oppression & gross human rights violations of the fascist Modi regime against the brave Kashmiri people. The western world doesn’t understand the RSS agenda inspired by Nazi Germany. https://t.co/SZ8F6t5CVL

He said he waited and hoped for Modi to win the election because, wrongfully judging, he believed Modi’s extreme Hindutva rhetoric was merely campaign rhetoric in order to win the election. This writer had warned him not to make that mistake of expecting Modi to accept his peace overtures. Those warnings fell on deaf ears as Khan probably doesn’t even read my opinion pieces.

In his NYT Op-Ed, he has mentioned how a Kashmiri man on February 14 attacked the Indian soldiers in Pulwama, killing 40 of them, and for India to ritualistically and reflexively blame Pakistan for it. Khan in his Op-Ed ignored the Indian attack on Pakistan where it had falsely claimed to have killed over 360 terrorists. Even the world media had found that claim to be totally false. Then came the dogfight, where Pakistan shot down the Indian aircraft crossing into Pakistan’s airspace and captured the Indian pilot Abhinandan Varthaman, who was returned to India faster than a pizza gets delivered to one’s doorsteps.

Between two nuclear-armed states, it is all about the signals, not wars. Khan ordered Quiche and India ordered Beer. And the world is watching.

Then Modi won the election making his saffron scarves wearing electorate and Imran Khan happy. Then came the peace gesture from Khan for the umpteenth time after he was done congratulating the “Butcher of Gujarat”. In the Op-Ed, Khan says, “And we found out that while I was making peace overtures, India had been lobbying to get Pakistan placed on the “blacklist” at the intergovernmental Financial Action Task Force, which could lead to severe economic sanctions and push us toward bankruptcy.” You should have known better Mr. Khan!

After India annexed Kashmir and converted the valley into an open-air prison with no communication with the outside world, Khan told the same publication that he was done talking to India because his peace overtures and his sweet letters were misunderstood to be his nation’s weakness. Again, he should have known better. If not, he could consult a scavenger on a street and he would have cautioned him against peace gestures with India; saving him time, letters, and tweets. Most importantly, it would have saved us from national embarrassment.

In his tweets after the Indian annexation of Kashmir, he has equated Modi with Hitler. In his NYT Op-Ed, he has called people’s attention to the same by explaining that the founding fathers of the Rashtriya Sweyamsevak Sangh (RSS), which he has called “the Hindu supremacist mother ship,” had admiration for Benito Mussolini and Adolf Hitler.

PM @ImranKhanPTI has come with an agenda of transformation of Pakistan for which he needs regional peace”, former envoy Jahangir Ashraf Qazi reminds war-mongering #Indian media #Pakistan wants peace but is ready for befitting reply.#Kashmir pic.twitter.com/BvBUE1T9jB

He also mentioned how Modi deeply admired the second leader of the RSS namely M.S. Golwalkar who had drawn deep inspiration from Hitler’s Germany about the Final Solution; purging the country of the Semitic Races to preserve the purity of the German race. Modi’s racist tendencies drove him to order the slaughter of Muslims in Gujarat in 2002, which landed him on the list of those who were denied entry into the United States. A few simple questions I would like to ask from Imran Khan are as follows:

1: Why did you want to make peace with such a despicable man?

2: Why did you hope for him to win the election?

3: Did you not know about these facts you have mentioned in your Op-Ed before making peace gestures?

And then at the end of his NYT Op-Ed, Khan says, “But dialogue can start only when India reverses its illegal annexation of Kashmir, ends the curfew and lockdown, and withdraws its troops to the barracks.” OK.

But what about Hitler and Mussolini stuff you keep tweeting and writing about? What about RSS? What about Golwalkar? What about the plebiscite the Kashmiri people were promised and Jawaharlal Nehru endorsed? And most importantly, Indian Defence Minister Rajnath Singh said that the No First Use doctrine of Vajpai would depend on circumstances, as Khan mentioned in his Op-Ed piece. To that veiled threat, Khan made a veiled peace offer for dialogue if India reverses the annexation of Kashmir. That is a peace offer at the end of the piece with a man whose worst tendencies are described in the entire peace. Does even Imran Khan know what his strategy for Kashmir and India is?

When it comes to foreign policy and more specifically, when it comes to India, Khan’s approach could be easily summed up as reactive or rather passive. Modi’s racist tendencies and his belligerence has been realized and reacted to after many episodes of India’s aggression on Khan’s watch alone. While I understand and respect Khan’s honest intentions behind his actions, which are meant to avoid conflict and help his nation achieve a better economy, Khan should also know how those on the receiving end of his gestures perceive those signals. Sometimes, decency can get one killed.

Pakistan may not have a huge wallet but it has a huge tendency to create enormous destruction because it is a nuclear state. The world has created legal fictions fitting its security needs such as pre-emption and Responsibility to Protect (R2P). If Pakistan can match powerful states’ warring tendencies, why can’t it match their attitude? As mentioned above, the Indian Defence Minister Rajnath Singh made a veiled threat against Pakistan hinting at possible use of a nuclear attack against Pakistan, I personally and genuinely believe the Minister didn’t mean it.

Here is why; the statement was made around the time when the United Nations Security Council was in session discussing the Kashmir issue behind closed doors. Those participants behind those closed doors were the target audience of that belligerent statement. It was a signal meant to convey the message that we are a nation who wouldn’t tolerate a decision against us and that we are crazy enough to make a nuclear attack against Pakistan and trigger a nuclear war.

Imran Khan, on the other hand with his relentless peace gestures, convinced the world powers that he is not a man who would act irrationally. While it worked for Khan in cricket to bat defensively and keep the wickets until the last 15 overs, it, however, was time in global politics to bring in Wasim Akram and go for the kill. Between two nuclear-armed states, it is all about the signals, not wars. Khan ordered Quiche and India ordered Beer. And the world is watching.

If Modi wages war against Pakistan, it will be last war: Sheikh Rashid