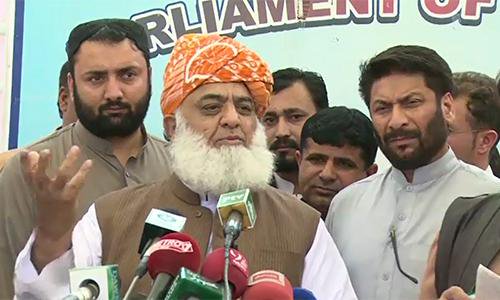 A GVS Special team working and coordinating with its reporters and sources in London, Sydney and New Delhi has found out unbelievably gory and grisly details about Imran Khan and his fraudulent character. Khan has been cheating the whole world, especially people in Pakistan, who treat him as a cricket celebrity, who started his career from Aitchison college, then landed in Oxford, started county cricket and then went on to play for Kerry Packers, World Eleven and later won a world cup for Pakistan. GVS team has found out that most, if not all, was a bunch of lies.

But his lies did not extend only to the world of cricket; Khan, an extremely shy and diffident character, who remained a virgin, till the late age of 65, bribed friendly sporting and fashion magazines in England, India and US to plant hoary details of his love affairs and sexual exploits with some of the most good looking women of his time, the likes of Emma Sergeant, Zeenat Amman, Rekha, and other countless beautiful Amazonian ladies. This fake Casanova, to give the impressions of his virility paid media to plant stories of his love affair with California billionaire, Sita White – and later fake stories of a trial in California. While Pakistani politicians kept on filing cases to obtain his DNA to prove his paternity, he kept on enjoying, laughing like a fat kid, the almost mythic image of his “Casanova charms” and “Tarzan virility” from his house on a hill top, near Islamabad.

Reportedly, Khan’s father, Mr. Niazi, who had amassed huge wealth out of corruption in the steel business, including stealing manhole covers, from all over Punjab, died somewhere in the Middle East but only after burying a huge gold reserve near the island of Palm Jebel Ali. (some argue that Palm Jebel Ali did not exist in 1957, and is only being made now, but reportedly its beta version was available).

Initially, Niazi Khan’s gold was worth only around US $ 3 million, which was a huge amount even in those days, but the angelic nature Arab friend, of his late father, through his wise and honest investments turned that $3 million into $250 million in 20 years.

Elder Niazi left a map, drawn with lead pencil, to that gold treasure with one of his trusted Arab lieutenant. Later that Arab friend, from Qatar, informed Khan through a secret letter, called Scarlet Letter, of the existence of this wealth, almost 20 years after his father’s death. Khan had then reached England; Avuncular Arab informed Khan, that since he was not authorized by his late father to disclose the existence of this wealth, till Khan was in his twenties and fearing that even gold will lose value, since Americans moved the world away from Gold Standard in 1971, he kept on investing small amounts of gold in his real estate business in Dubai. Dubai was then a sleepy fishing port, its marathon rise of real estate took place after 1970’s.

Initially, Niazi Khan’s gold was worth only around the US $ 3 million, which was a huge amount even in those days, but the angelic natured Arab friend, of his late father, through his wise and honest investments turned that $3 million into $250 million in 20 years. Reportedly, Khan asked his father’s Arab friend that, “Arab Uncle Sheikh, Why you are telling me all this now, when you did not for the past 20 years, why you are transferring all this to me, when you possess it all, and no one in my family has any clue, no paper record exists..” But hearing this the Arab Uncle slapped him on the face, and said, “Shut up! Stupid Nephew, these questions are not permissible under the laws of your and my country, read Article 210(33) with Article 355(57) and 356(5000)’ along with the Financial Reform Act; let secrets of wise men be secrets, all praise for the majesty of Allah, Alhamdulillah! Your father was a brother and great visionary, and I loved him.

It was through this secret wealth, and several Off-shore companies which his Arab Uncle, Sheikh Kazib Al Fasad bin Munafiq, set up, between Dubai and the British Virgin Islands that corrupt and Machiavellian Khan went on bribing sports media, and Jewish controlled television channels in England, Australia and Hindu controlled media in India to plant fake photographs and videos of his shots on pitches in Oval, Sydney, Perth and Delhi etc. etc. and fabricated images with the Amazonia girls like Emma Sergeant, Julie Christie, Zeenat Aman, Rekha and so on. One of Khan’s lawyers now insists to GVS that these fabricated photos were made on photoshop on an I-MAC or MacBook Air; GVS reporters have told them that Apple did not exist as a company back then, in 1970’s and 1980’s, and Photoshop was not a possibility. But Khan’s lawyers, especially a smart one known in London as “Barrister Genius Sunil Rajnath” insists that a beta version of I-MAC and photoshop had been made available to them by Steve Job’s uncle. We have contacted Apple through its media wing and the inventor of photoshop, they vociferously deny such a possibility. Now its up to the judgment of honest men and women if to trust Apple and Photoshop inventors (Thomas and Joh Knoll) or to trust Barrister Sunil Rajnath of London.

Our team worked assiduously; yes, the midnight oil was burned. The findings that we will be penning-down on his 21-year long cricket career will rock the cricket fraternity. It will bring this great game into utter disrepute. It is a story of deceit; it is a story of usurping and snubbing actual talents. Money makes the mare go; Khan flaunted his money and became a legend of the game which he never ever played. What a shame!

The sanctimonious Khan, who now lectures the world on morality and ethics, made a career out of heinous crimes. The man who cries the rigging hoax made merry by buying off everyone. Some wonder if he played and earned money from county cricket; GVS research shows that he never played even the world cup. He did play some matches in Aitchison, but friendly umpires were managed by his cousin Majid Khan in Lahore. Let us narrate a heart-wrenching story – and reveal who actually did everything for Pakistan.

However, money was used to doctor images and footages. On every tour, Khan used to party hard on the beaches, while Rana toiled in the fields, taking wickets after wickets.

The streets of Faisalabad saw the emergence of a stupendous all-rounder. The boy named Rana Amanullah was a fiery, pacey and skillful fast bowler. Our lovely, Rana swung the ball both ways; it was he who introduced the art of reverse swing at the tender age of 14. Once in a school-level match played at the Iqbal Stadium in 1969, Rana danced down the track to deposit the ball which landed on the summit of the famous Ghanta Ghar. Rana was a brilliant student too; soon after passing his matriculation exam from Millat Public School, he was offered a scholarship for Oxford’s PPE program. On the airport, he met a brat by the name of Imran Khan who was vacationing in London on behest of his dad’s looted money – courtesy, Uncle Sheikh Kazib Al Fasad bin Munafiq. The life of the poor yet exceptionally gifted Rana changed.

Despite Khan’s lacking virility, he had a  gargantuan lust; cricketing fame and Casanova image was what he desired. He got fame at the expense of the poor Rana; Khan offered his family $20 million and garnered his servitude. The guy played, castled stumps, hit sixes and led Pakistan to a famous World Cup victory- all while wearing a mask of Imran. However, money was used to doctor images and footages. On every tour, Khan used to party hard on the beaches, while Rana toiled in the fields, taking wickets after wickets.

Similarly, author, Christopher Sanford, who in the book, Imran Khan, recounts how late Benazir Bhutto, in her Oxford days was smitten by a feeling for Imran was bribed by Imran’s Arab Uncle. We are researching if it was Rana Ammanullah who got married to Jemima later. Jemima has declined to take her calls.

Everyone, from Sunil Gavaskar to the late Malcolm Marshal witnessed this avarice on part of the cruel Khan. No one spoke or would ever speak against this because Khan shoved money in their coffers. Tony Greig’s conscience was jostled by Richie Benaud; both wanted to blow the whistle 30 years down the line. Little were they aware that Khan had a secret spy agency in Australia. Yes, both were eliminated by slow poisoning. Nobody ever will dare to even think about pricking the bubble. In a recent meeting with Khan, legendary cricketers in Ian Chappel and Viv Richards were shown torture cells in the Bani Gala mansion; Khan warned them against opening up. Both were planning to unravel the watertight secret on the state-run PTV. Some reporters claim that these were not Ian Chappel and Viv Richards but look alike actors posing for them.

In 1996, Telegraph of London published a beautiful story, “Emma’s Brush with Marriage”; it was a profiling of Emma Sergeant’s life and love for art. Emma daughter of Sir Patrick Sergeant, London socialite and friends with Nigella Lawson ended up in Afghanistan, in 1985 making portraits of Afghan mujahideen. Telegraph recounts that it was inspired by the love a Pakistani, England’s most eligible Muslim. His name was Imran Khan. Emma recounts how she met and fell in love with the handsome Pakistani cricketer, at a dinner in 1982. She was 21 then. In a four year long relationship, Imran inspired him about Pakistan and the region. They could not get married; this was a role left to be filled by Jemima Goldsmith. GVS has found out that this story was planted by Imran’s Arab uncle, Sheikh Kazib Al Fasad bin Munafiq, and in reality, it was Rana Ammanullah who Emma fell in love with. Similarly, author, Christopher Sanford, who in the book, Imran Khan, recounts how late Benazir Bhutto, in her Oxford days was smitten by a feeling for Imran was bribed by Imran’s Arab Uncle. We are researching if it was Rana Ammanullah who got married to Jemima later. Jemima has declined to take her calls.

In view of this phenomenal research by GVS, we expect Government of Pakistan to initiate investigations through IB, FIA, NAB to present a fool proof case under Article 62 and 63 when read along with Financial Reform Act to disqualify this liar and cheat who has brought shame to the people of Pakistan.

(As abundantly clear this is a fictional piece of political satire; GVS apologizes to Imran Khan and his family for any unintended hurt; perhaps the childish narrative being shaped by some sections of media and government could only be understood by a childish counter-narrative- GVS Editors)

Saudi Arabia: It was a “Toy Drone” and not a Coup

Quebec mosque shooter gets life, no parole for 40 years