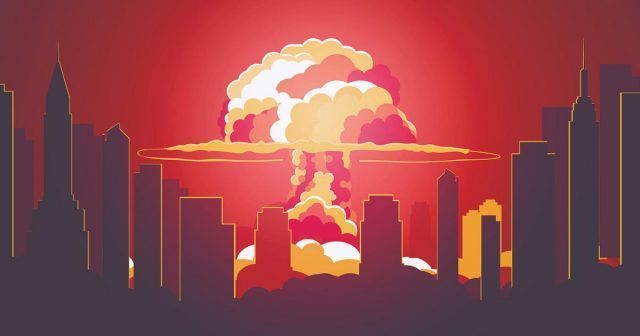 Indian Prime Minister Narendra Modi warned Pakistan to expect a strong response after the Pulwama attack on February 14. He ordered his defense forces to make decisions about the timing, place, and nature of their response. After examining the situation, Prime Minister Imran Khan also authorized armed forces to respond immediately to any Indian military misadventure on February 21. Army Chief General Qamar Javed Bajwa said, “Any misadventure will be given a befitting response.” So, both India and Pakistan armed forces are on high alert, which may cause accidental, unauthorized or inadvertent military strike(s).

On February 26, the Indian military planes violated the Line of Control (LoC) but failed to accomplish their mission due to the immediate scramble of Pakistan Air Force. The Indian aircraft hastily released their payload, near Balakot and escaped. Indeed, such military adventures will unleash devastating escalation of the conflict between the nuclear-armed belligerent neighbors.

History reveals that war is a slippery road, and thereby, an escalation of a conflict between the nuclear-armed rivals is having a probability of nuclear war. Indian Admiral L Ramdas (retd) rightly wrote to President of India: “As the Supreme Commander, you must caution our own leaders about the very real dangers of the present standoff escalating into a war situation – and quickly going beyond a conventional engagement – given that both India and Pakistan are two nuclear-armed countries.” Former Indian spy chief A.S. Dulat also opined “war is not a picnic” between the nuclear-armed states. Ironically, the Modi government is risking the entire region’s safety and prosperity for mustering the extremist support in the national election.

Since the Pulwama attack on February 14, the Indian ruling elite, as well as the media and entertainment industry, have been accusing and threatening Pakistan. They emphasized on one point to “teach Pakistan a lesson.” Whether India is capable of punishing Pakistan or not, is a debatable issue. Nevertheless, teaching a nuclear-armed neighbor is an unthinkable for rational decision-makers due to the likelihood of mutually assured destruction. Moreover, the hastily escape of Indian planes on February 26 confirms that India lacks the military capacity to teach Pakistan a lesson.

Prime Minister Khan sincerely offered assistance to India in arresting and investigating the perpetrators of Pulwama attack provided New Delhi shares actionable evidence and he also offered India dialogue on the issue of terrorism among other disputed issues. However, Modi’s continuous warmongering compels him to take extreme measures. On February 21, National Security Committee, chaired by Prime Minister reiterated that Pakistan was not involved in any way, means or form in Pulwama attack. Concurrently, the NSC formally authorized the defense forces “to respond decisively and comprehensively to any aggression or misadventure by India.”

Prime Minister Modi seems not in a mood to entertain his Pakistani counterpart’s offer because India gears up for the 2019 general election. There is a feeling of considerable uncertainty about the outcome in the election. Narendra Modi-led Bharatiya Janata Party (BJP) is expected heated contest due to regional political parties and disappointing economic performance of the Modi Government. The BJP is trying to muster the support of the voters by propagating against Pakistan. Hence, India’s Ministry of External Affairs instead of welcoming the offer of Mr. Khan stated, “The Prime Minister of Pakistan has offered to investigate the matter if India provides proof. This is a lame excuse.”

New Delhi needs to revisit its Kashmir policy and immediately swap its aggressive strategy with the dialogue process to pacify the Kashmiris for the sake of peace in the Indian Occupied Kashmir.

The international community is upset due to the increasing tension between nuclear-armed neighbors. Therefore, it is advising both Pakistan and India to exercise restraint and engage in a dialogue to settle the disputed issues. On February 22, President Trump opined, “Right now between Pakistan and India, there is a very, very bad situation. A very dangerous situation,” Chinese Foreign Ministry Spokesperson Geng Shuang said, “Pakistan and India are both important countries in South Asia. A stable Pakistan-India relationship is crucial to regional peace, stability, and development.”

Realistically, without resolving the Kashmir dispute, the détente entailing sustainable peace between India and Pakistan seems impossible. New Delhi needs to revisit its Kashmir policy and immediately swap its aggressive strategy with the dialogue process to pacify the Kashmiris for the sake of peace in the Indian Occupied Kashmir. The end of New Delhi’s aggressive policy in Kashmir and threatening attitude towards Pakistan ensures the continuity of strategic stability in the region.

To conclude, the dialogue is the only viable option to resolve disputes between India and Pakistan. Islamabad is prepared for a dialogue with New Delhi on all the disputed issues, including terrorism. However, the Modi government is interested in ratcheting up tension with Pakistan to solidify Hindu votes in the upcoming national election. Thus, the situation is alarming and demands a rational response from India and Pakistan’s ruling elites for avoiding a devastating war.

Dr. Zafar Nawaz Jaspal is Associate Professor, School of Politics and International Relations, Quaid-i-Azam University, Islamabad. He is also an advisor on Non-Proliferation to SASSI, London and a course coordinator at Foreign Services Academy for the Pakistan Ministry of Foreign Affairs. Email: jaspal_99@hotmail.com. This piece was first published in Pakistan Observer. It has been republished with the author’s permission. The views expressed in this article are the author’s own and do not necessarily reflect Global Village Space’s editorial policy.