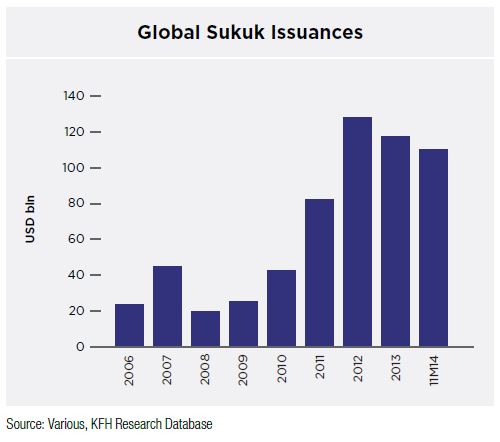 Islamic bonds or “Sukuk” is giving a new opportunity for funding for local companies that is otherwise lacking in pakistan.

Islamic markets are an important focus area of many banks that want to cater to the Muslim who refuse to take out interest based loans or funding.

“Sukuk” is referred to as an investment incentive for the businessmen who want to stay clear of Riba or interest. In this case a share in the ownership is granted to a Sukuk investor keeping him clear of the debt which is otherwise levied upon him.

Pakistan’s Islamic banks lag the conventional banks in the market by only having 13 percent of total deposits while private pensions and Islamic mutual funds have a much larger share of the market. According to the official statistics, the Islamic mutual funds were $2.3 billion rupees or 37% in assets as of December 2016.

Voluntary pension system (VPS) make up two-thirds of the total fixed assets of the country and much of this is now held in Islamic funds. The VPS managers own 14.5 billion worth of assets out of which, 63% of the total assets are sharia-compliant.

Abdullah Ghaffar, head of investment banking at Al Baraka Bank Pakistan claims that the reason for this increase in ownership is because of the tax exemptions that the VPS offers. Similarly, he also said that the attractive yields and the flexibility in choosing external managers have boosted the demands for VPS products and Sakuk likewise.

“Mutual funds, both fixed income as well as equity funds, have become big time investors in existing and new sukuk issues taking place because of the huge assets under management under their disposal.”

Islamic funds screen their portfolio and have bans on tobacco, alcohol and gambling sectors. Because of their conditions they find it attractive to invest in sukuks – which has helped the sukuk market.

The tax changes by Federal Board of Revenue (FBR) on Sakuk have meant that implications for investing in both sukuks and conventional bonds are similar. This has enhanced the demand for Sakuks.

Previous articlePSL final: Pakistanis will be the real victors
Next articleArms race in South Asia will continue thanks to new Indo-Israel missile deal

21 September 2021
Previous articlePSL final: Pakistanis will be the real victors
Next articleArms race in South Asia will continue thanks to new Indo-Israel missile deal

My Fundamental rights are being violated, complains elder Sharif