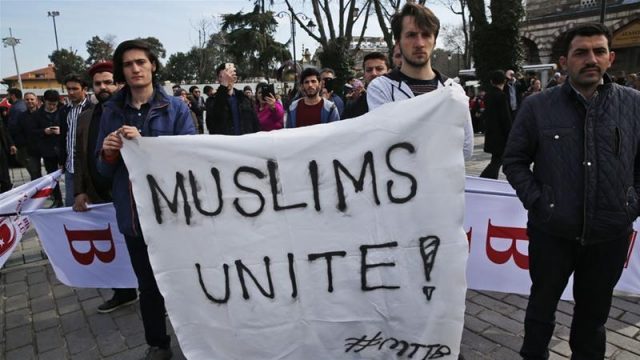 The Minister for Foreign Affairs Shah Mehmood Qureshi is attending an emergency huddle of the Organisation of Islamic Cooperation (OIC) today (Friday, 22nd March) in the Turkish capital Istanbul. The points of discussion are the New Zealand mosque attacks and “increasing violence based on Islamophobia”. Foreign ministers of over 20 Muslims countries are attending the OIC’s emergency.

The Azaan was heard across New Zealand on Friday, as thousands gathered to remember the 50 people martyred by a lone gunman at two mosques a week ago.

FM Qureshi is also set to address the OIC meeting and present Pakistan’s stance on last week’s attacks on two mosques in Christchurch which claimed 50 lives, including nine Pakistanis, sparking outrage across the Muslim world and other ally countries. NewZealand’s own government has stood firmly with the Muslim community in the face of crisis, extending its support and making legislative changes against gun laws.

The huddle will be chaired by the host, Turkish foreign minister. Apart from the OIC members, the representatives of the United Nations, the European Union and the Organisation for Security and Co-operation in Europe (OSCE) have also been invited to participate.

A statement released by Turkey’s foreign ministry on Thursday 21st March read, “Turkey, as the OIC Summit Chair, has called upon holding an emergency meeting for discussing the increasing violence based on Islamophobia, racism, and xenophobia, in particular, the terrorist attack that targeted two mosques in New Zealand on 15 March 2019.”, local press reported.

The Azaan was heard across New Zealand on Friday, as thousands gathered to remember the 50 people martyred by a lone gunman at two mosques a week ago. New Zealand Prime Minister Jacinda Ardern, who has emerged as a globally popular leader, owing to her reactionary measures led thousands of mourners gathered at a park in front of the Al Noor Mosque, where most of the victims died, for a prayer followed by two minutes of silence. Pm Khan had called his New Zealand counterpart to offer his condolences and express Pakistan’s admiration for her actions.

Previous articlePakistani student kills professor: Where does the problem lie?
Next articleChange for the Better: Home Innovations for 2021

17 September 2021
Previous articlePakistani student kills professor: Where does the problem lie?
Next articleChange for the Better: Home Innovations for 2021

10 International celebrities that have visited Pakistan