Independent Observers arrive in Pakistan, as the nation gears up for Elections 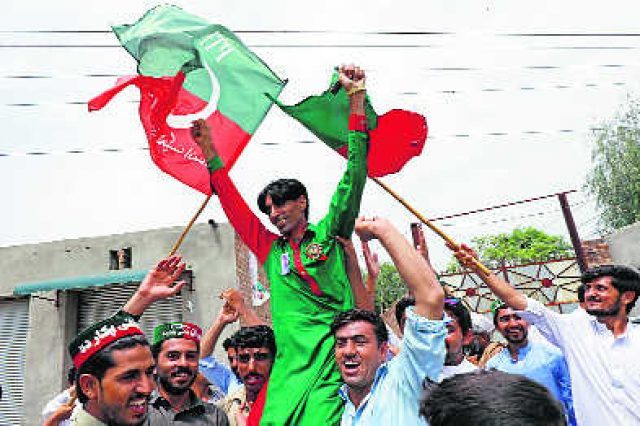 Pakistan has allowed independent election observers to come and visit Pakistan over the election period. Commonwealth Observer Group will arrive today [Wednesday] to observe the upcoming general elections in Pakistan scheduled to be held in weeks’ time on July 25.

The group will look into the factors which could affect the credibility of the election process.  The main responsibility of the group is to check if the elections are conducted in accordance with the standards set for all Commonwealth countries. There are certain democratic standards to which all Commonwealth member states have committed themselves, with particular reference to “national election-related legislation, the Commonwealth Charter, and other relevant regional and international commitments.”

The individuals from the Commonwealth will observe the electoral process in different regions across the country. It will compile their findings to comment on the democratic exercise. It will also include the interaction with the relevant stakeholders including media, the Election Commission of Pakistan, security personnel, political parties, civil society, and others.

Pakistan Tehreek-e-Insaf (PTI) registered a long 126-day protest to force the government into adopting future measures which could improve transparency in elections.

Similarly, Chief Observer of the European Union Election Observation Mission (EU EOM) to Pakistan, Michael Gahler will also interact with the political parties, civil society and electoral candidates, to observe the election preparations and process in metropolitan cities like Islamabad, Lahore, and Karachi.

The mission also has over 100 officers stationed in Islamabad, Punjab, Sindh and Khyber Pakhtunkhwa, who will observe the voting process and the counting of results. Moreover, the delegation of the European Parliament, led by Jean Lambert from the UK, will join the mission on 22 July.

There has been no change in the country’s policy related to independent observers. Pakistan has generously granted the visas to officials as it welcomed the international observers in the past. A criterion was designed to allow them in the country. After securing the visa, they [international observers] will seek clearance from the Ministry of Interior and finally, the ECP will accord them accreditation.

The individuals from the Commonwealth will observe the electoral process in different regions across the country. It will compile their findings to comment on the democratic exercise.

The process is followed in accordance with the 238 of the Election Act 2017 as security remains a significant part of the whole process. In run-up to the elections, the former PML-N government had refused the European grant of €15 million proposed for ECP and election monitoring bodies. This surfaces the fears, held by PMLN, that it could compromise the country’s sovereignty and national security.

The deal was part of a package to bring in electoral reforms meant for the training & development of the officials at the Election Commission of Pakistan (ECP), but it was allowed to lapse quietly. European Union (EU) has always been interested in taking the initiatives to collaborate with Pakistani authorities to assist in free, fair and transparent elections in Pakistan.

Read more: Will General Elections 2018 be held on time?

It will be interesting to see that how it rates the elections given the fact ECP had ensured the body that it has adequate funding to conduct free and fair elections and does not need any external funding. Although, all the political parties cry foul over the fairness of the electoral process. But, at the same time, it apparently did not take the necessary steps to allow the free and fair elections.

A criterion was designed to allow them in the country. After securing the visa, they [international observers] will seek clearance from the Ministry of Interior and finally, the ECP will accord them accreditation.

The PML-N government did not want an improvement in the electoral policies, perhaps because it would disrupt the operational capabilities of the ECP. A considerable amount of time of the nation was wasted in campaigns against alleged rigging. Media outlets and the public debated extensively on the issue. Pakistan Tehreek-e-Insaf (PTI) registered a long 126-day protest to force the government into adopting future measures which could improve transparency in elections.

Without any major overhaul conducted, Pakistan goes into the next elections with the same old compromised system, which is destined to result in more controversies in future. The culture of controlling voter’s traffic on polling booths, stopping women or marginalized voters from voting, poor access to polling stations, renting public transport to lure voters, police harassment, and interference of district management continue to remain major challenges, and have emerged as new methods of ‘rigging’.

The government must take initiatives to overcome these issues to not only increase the turnout but to increase the transparency and fairness of the polls.

A man who wants to die in Peace but can’t