Pakistani government officials and analysts have dismissed Narendra Modi’s announcement of “Air Cargo Service” as yet another political gimmick. The potential decision to create a “Commercial Air Corridor” over Pakistani airspace was hinted by the Indian prime minister during the 6th Ministerial Conference of Istanbul Process, also called Heart of Asia. Two days conference concluded on Sunday, in the Indian city of Amritsar, Punjab, where as expected Narendra Modi and Ashraf Ghani lead an unprecedented charge of “terrorism and militancy” against Pakistan. However afraid of any comments regarding the Sikh rights, Modi government denied, Sartaj Aziz, Pakistan’s de-facto foreign minister, the right of addressing a press briefing. Amritsar, seat of Golden Temple is one of the holiest cities of Sikhism and Sikh associations have been writing letters to Sartaj Aziz to raise the Sikh grievances at the Heart of Asia conference. Afghanistan, as a land locked country, depends on the Karachi port for its foreign trade under a treaty formalized between both countries in 1960’s. Recently after 9/11, under the US persuasion, to help Afghan economy, Pakistan also allowed Kabul to send its exports overland through Pakistan into India, but imports from India are not allowed along this route. India desperately wants this land route through Pakistan into Afghanistan; once permitted it will gradually allow India to access the energy and resource rich Central Asian economies. Pakistan however will like India to negotiate such an arrangement as part of the bilateral negotiations with Pakistan as part of several outstanding issues including Kashmir, water, Siachin and trade. However, India is not willing to engage with Pakistan, citing Pakistani origin terrorism in Kashmir and other parts of India as a problem. Pakistan, over the recent years has blamed India for using Afghan soil for sponsoring proxy terrorism in Pakistani Baluchistan and FATA. So its a circular argument. Afghan trade and economic policy officials are now saying that the potential for trade with India, the largest market in the region, was far greater than allowed by land and so the two countries had decided to use the air route. Pakistani officials point out that there are no quantitative restrictions, placed by Pakistan, on Afghan exports to India and Afghan government of Ashraf Ghani is only trying to win a significant trade and economic concession for India by pleading Afghan cause. They suspect that Afghan government is merely playing Indian game and the emotional and internationally appealing subterfuge of “Afghan interests” is being used by India to avoid direct engagement with Pakistan that will involve significant “quid pro quo” for Pakistan.

Afghan director general for macro policies, Mr. Khaled Payenda, briefed the journalists that a joint venture involving an Afghan and an Indian cargo firm would be set up and that the two governments were working to set up infrastructure at airports in Kabul and Delhi. Indian sources have however claimed that details are still being worked out and Kandahar could be used a point of origin for airlifting fruits directly to India. Indian foreign ministry official Gopal Baglay – who previously served in Islamabad, as India’s deputy Chief of the mission, and is now in-charge of Afghanistan, Pakistan and Iran, in South Block, in Delhi – said several proposals were being discussed to improve Afghanistan’s trade and transport links with India and the international markets. In a cautious tone he remarked: “There have been very many ideas on how to enhance connectivity, overcome current challenges and also expand the trade basket,” he said.

Many in Pakistani media and government wondered, if Pakistan will be willing to grant this “aerial corridor” to India over Pakistan especially given the unending tensions which Pakistan has experienced with India ever since Narendra Modi has taken power in Delhi in June 2014. 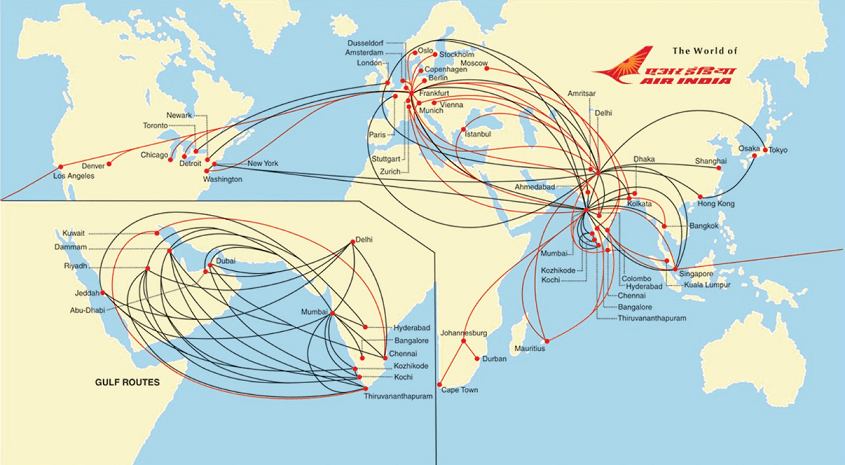 However Ahmer Bilal Soofi, prominent international law expert in Islamabad, explains that “Air corridors have already been given to Pakistan over India and Afghanistan and to India and Afghanistan over Pakistan under the 1944 Chicago convention by the International Civil Aviation organization” So what was Narendra Modi talking off at the Heart of Asia Conference? Ahmer Bilal Soofi thinks that “Modi’s idea of air trade corridor is rhetoric and he is renaming regime of overflight rights as aerial trade corridor for political mileage only”. Other trade and economic experts argue that whole scheme will not make economic sense. Such a facility has always been available to India and Afghanistan but what matters in international trade and competitiveness is Cost & Freight (C&F) and unless India subsidizes all this endlessly for some strategic reasons, it will remain what it is: a political gimmick.

Modi’s objective appears to be to create a credible impression of “viable options” for India minus Pakistani cooperation. In the end, this at best represents a carefully calculated psychological campaign to extract concessions from Pakistan by creating the argument that India can work it out without Pakistan like the specter of Iran’s Chahbahar port which India has played with continuously without offering a convincing economic rationale to back up its strategic compulsions.

Previous articleWhy Narendra Modi Govt. was afraid of Sartaj Aziz speaking at Amritsar?
Next articleJayalalithaa : Queen of Tamil cinema and politics lost her battle with life

News Desk - 18 January 2022
The government has planned to create a residential project for Pakistanis living abroad in order to generate $2 billion in remittances and has set aside 50 acres of land for the project. The CDA requested that the Ministry of the Interior be present.

Pakistan to use Chinese traditional medicine against COVID-19?

Record number of people use BRT

Why dried fruits are a gift of winters?

Pakistan to use Chinese traditional medicine against COVID-19?

Record number of people use BRT

India hints it can use nukes against Pakistan