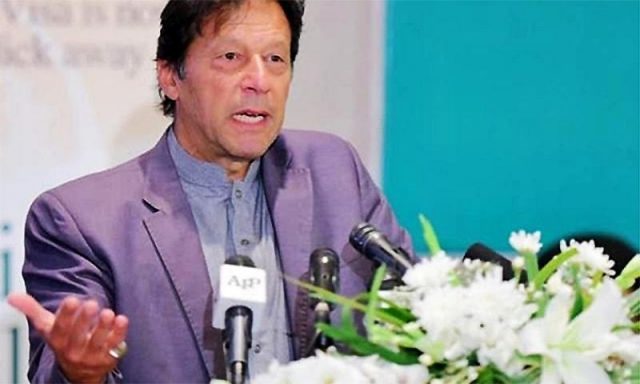 Prime Minister Imran Khan has said that for two nuclear-armed countries like India and Pakistan, opting for an armed resolution is suicide. “The only way forward is dialogue. I’ve corresponded with Prime Minister Narendra Modi and said that if India takes one step towards dialogue, we’ll take two”. The Prime Minister also said that Indian hesitation to restarting the peace process has been disappointing. “I think it is because of the upcoming polls. Anti-Pakistan rhetoric collects vote for the BJP, which is Narendra Modi’s political party”, Khan said.

Prime Minister Imran Khan made these statements in an exclusive interview to the international publication TRT World, recorded during his visit to Turkey from 3rd  – 5th January. This was the Prime Minister’s maiden trip to Turkey, which is one of Pakistan’s strongest allies.

“Pakistan’s sentiments towards Turkey date back to Mustafa Kamal Ataturk fighting against foreign occupation. Turkey was held in high regard by the Muslims of the Sub-continent”, PM Khan said.

Talking about his government’s actions against corrupt political elite which have been propagated as “victor seeking revenge”, he said that the grafts against Nawaz Sharif and Asif Zardari have been on-going before his party came into power. “The fake accounts case against Asif Zardari is from 2016; we had nothing to do with it. It is just about the rule of law catching up to the corrupt political elite”.

On a question regarding the future of Pakistan and US relations, especially in the Afghan context and Donald Trump’s continuing rhetoric of Pakistan engaging with the Taliban and the Haqqani network, PM Khan said that these bitter statements are a product of the US’s failures. “They are only fooling the public with these statements. How can 3-4,000 Haqqani operatives overpower more than 150,000 NATO troops? And if volumes of terrorists were crossing the border, there is so much surveillance; the US would have caught that by now”.

PM Khan said that he has always been a heavy critic of military solutions to conflicts. “Pakistan chose to side with the US post 9/11. That shelved us onto a war spanning more than a decade and left 80,000 Pakistanis dead; we cannot let that happen anymore. We will never fight someone else’s war again”.

The Prime Minister said that Pakistan will always be an ally in peace. “I have always said that there must be a political solution to the Afghan conflict. Thankfully, people have realized that now. The only way forward is for the Taliban to sit down with the Americans and the Afghan government and come to a political resolution”.

Previous articleLets end the US war in Afghanistan: Senator Elizabeth Warren
Next articleIS launches a major attack in eastern Syria

Privatization of PIA and PSM: significance for Pakistan