India And Pakistan Must Remain Engaged On Nuclear Issues

The worlds nuclear capability has been divided into two ages in which different countries went nuclear. The world came to the brink of nuclear several times but is still not ready to learn from mistakes of first nuclear age. 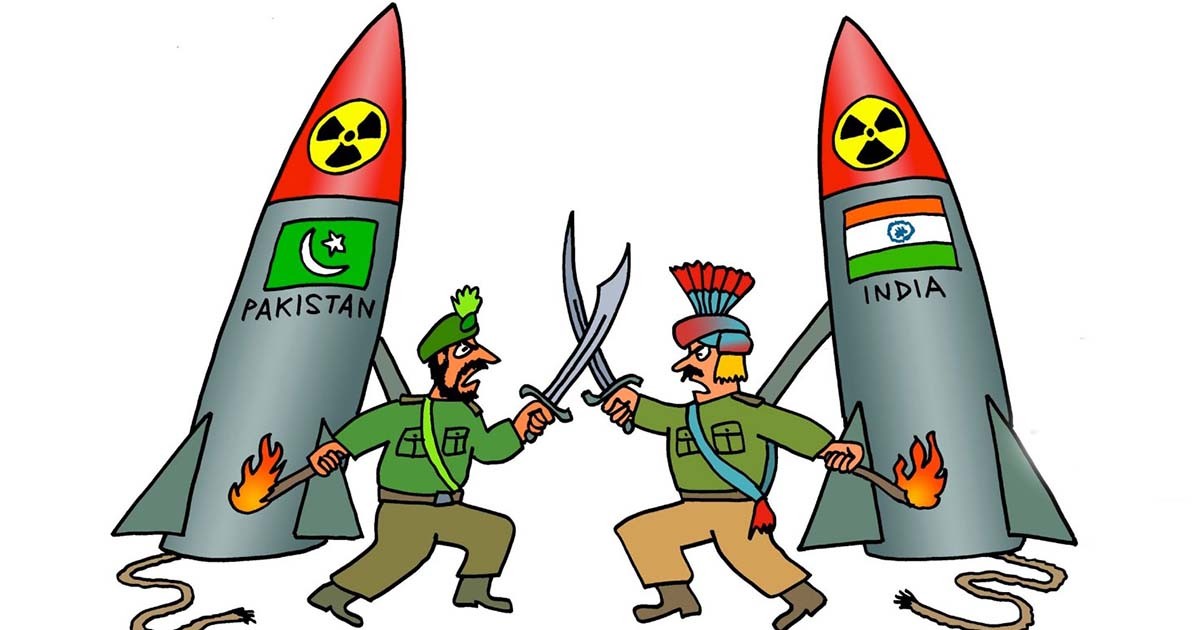 The first nuclear age dawned with the bombing on Hiroshima and Nagasaki. Over 200,000 civilians were killed. It brought World War II to a conclusion. Was such destruction of civilian populations essential to bring the most destructive conflict of the 20th century to an end? The jury is still out to this day. Soon after, the Union of Soviet Socialist Republics (USSR), Great Britain, France and China joined this elite club, the Nuclear Five, N-5. Together they constituted the first nuclear age.

What are the primary lessons of the first nuclear age then?

First, don’t get into a thermonuclear war and kill hundreds of millions of people.

Second, the nuclear era is about deterrence rather than war.

Third, nuclear weapons kept the protracted peace of the Cold War, premised upon the doctrine of mutually assured destruction (MAD).

Fourth, nations will use their nuclear arsenal to play nuclear mind games with each other to warn them about the probable consequences of crossing certain red lines.

Fifth, nuclear powers must talk to each other uninterruptedly, irrespective of the state of their relationship. The United States (US) and the USSR strategic force commanders regularly talked to each other even during the Cold War to offset any possibility of even an inadvertent miscalculation.

The second nuclear age has a number of different features. At the most elementary level, it is the recognition that the end of the Cold War did not mean the end of nuclear weapons

Despite this nuanced, yet linear, nuclear theology, the tension between the US and USSR did come to a head during the Cuban Missile Crisis of 1962. There were many other false dawns — the most quoted being the 1972 exchange between the general secretary of the Communist Party of the Soviet Union (CPSU) Leonid Brezhnev and Marshal Andrei Grechko — during a nuclear drill with the former asking the latter, “Andrei Antonovich, are you sure this is just an exercise?” Nonetheless, to their credit, the first nuclear age powers kept things stable.

The second nuclear age dawned with the Indian nuclear tests in 1974. Over the next two decades, Pakistan followed suit. Soon, North Korea joined the ranks. Israel has always been a de facto nuclear weapons state. Iran has very thinly disguised its nuclear intentions. Syria also had similar ambitions before it imploded.

The second nuclear age has a number of different features. At the most elementary level, it is the recognition that the end of the Cold War did not mean the end of nuclear weapons. It also implies that the current epoch is also not bound by the rubric of its preceding period, and that security in the 21st century will be defined by the state of play in Asia. The question is, have the second nuclear age powers learnt anything from the first?

The first nuclear age was primarily underscored by the yawning conceptual divergences between two contrarian schools of political thought that deemed the triumph of the other as an empirical issue.

However, in South Asia, where two second-age and one first-age nuclear powers are located, the nuclear competition among China, India, and Pakistan is different. All three states accept the legitimacy of the global order, State sovereignty, and the rules of the market economy.

Two nuclear powers — China and India — have enormous strategic depth, exceptional topographical fortifications, and robust conventional capability. Neither apprehends a conventional threat. Governments in both these states are of the opinion that nuclear arms are political weapons whose singular objective is to prevent the use of nuclear munitions by others.

This amalgam of choices has led Pakistan to create an ever-swelling nuclear capability that within the next 10 years may outstrip British, French, even Chinese caches

They also subscribe to an established tradition of civilian-dominated nuclear management where the military is only one variable — and that too, a relatively minor one. All these elements diminish the propensity of the two nations from adopting muscular nuclear postures predicated on first-strike options.

However, this comfort does not encompass Pakistan that, for the lack of terrestrial depth and its dismemberment in 1971, has adopted a first-use nuclear dogma. The military establishment in Pakistan enjoys near sovereignty in nuclear decision-making. This amalgam of choices has led Pakistan to create an ever-swelling nuclear capability that within the next 10 years may outstrip British, French, even Chinese caches. Pakistan has also tacticalised its nuclear weapons and operationalised its combat capability.

India has also been implying that it may forsake nuclear no-first-use (NFU) in favour of first-strike options. Former defence minister Manohar Parrikar had asked why India should bind itself on any position and that it was enough to say that it is a responsible nuclear power.

Read more: The world is at a risk of nuclear war more than ever, U.N Arms Research Chief

Then the current defence minister Rajnath Singh stated, “Till today, our nuclear policy is no-first-use. What happens in future depends on the circumstances.”

Earlier in 2014, the Bharatiya Janata Party manifesto stated that it would “revise” the country’s nuclear doctrine to make it “relevant to challenges of current times.” Given that there is sometimes ambivalence on our nuclear posture, and that Pakistan manufactures nuclear weapons, a continuous dialogue must be maintained so that there is no possibility of a strategic miscalculation.

As second age nuclear powers, the primary lesson we must absorb is that while it may be fine to put the rest of the relationship in the deep freeze, the nuclear paradigm of South Asia is an existential dilemma that should not be left unattended. The Kartarpur dynamic can become the trigger for this important conversation.

Manish Tiwari is a lawyer and senior leader of Indian National Congress. This piece was first published in Hindustan Times, under the title, “India and Pakistan must talk – on Nuclear issues” and has been published by GVS with permission. The views expressed in this article are the author’s own and do not necessarily reflect the editorial policy of Global Village Space.

Indian high commissioner visits Imran Khan: Will this be the beginning of a new era between India...