Cornered India can not expect Russian help after humiliation by China: Andrew Korybko

Andrew Korybko explains the ongoing situation in South Asia as regards to recent tensions between India and China. He highlights the fact that Indian and Russian interests diverge, and hence any Russian help can not be expected by India. He also warns the world of a false-flag attempt by India against a neighbour. 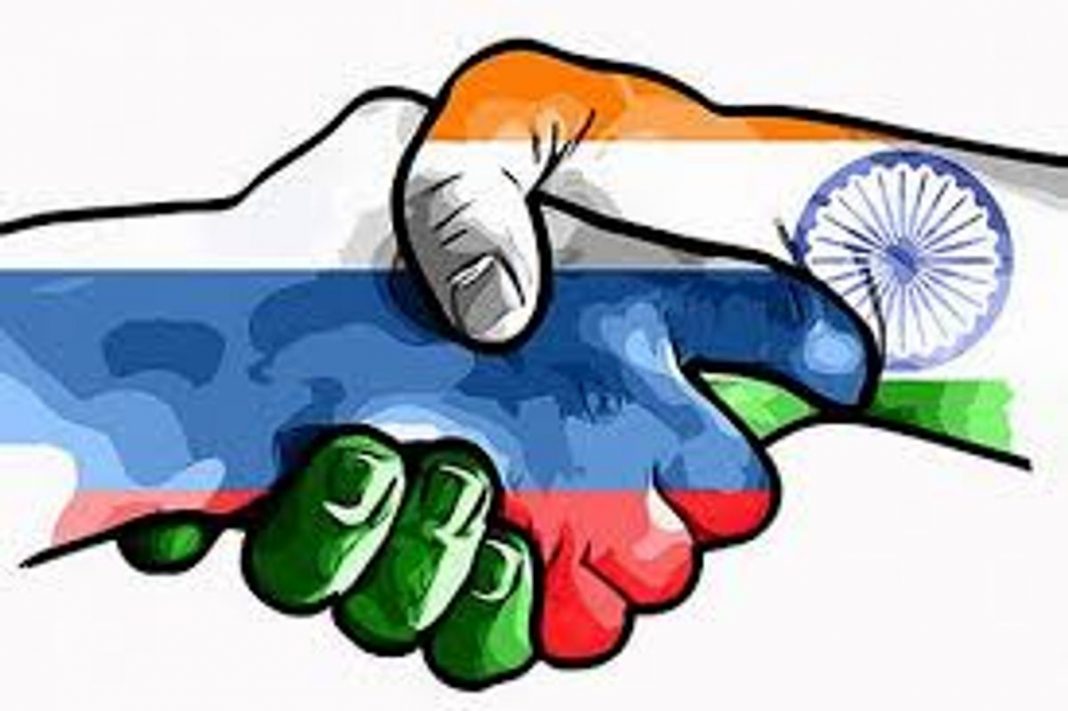 Andrew Korybko gives his insights into how Russia is positioning itself in the conflict between China and India. As reports of the situation in Ladakh finally cooling emerge after the meeting between the foreign ministers of Russia, India and China, the role of Russia has been significantly questioned. He says that India can not expect Russian help because of a strategic shift in relations, and also makes predictions for the future of Russian diplomacy and the situation in South Asia.

Although Russia hosted the virtual meeting between the foreign ministers, the influence it had over the region, specifically India, in the past has waned.

Russia is not the USSR; India can not expect Russian help

Korybko analysed that Indian expectations from Russian involvement are a leftover from the Communist era. The political left in India has yet to realise that the Russia of today is majorly different from the Soviet regime.

That being said, Russia is playing a balancing act between China and India. China is Russia’s major partner in its trade of military equipment, energy; Russia also has significant trade relations with India. With India’s growing alignment with the United States, and Russia’s inability to de-escalate the tensions between China and India, it has become a steep road for the old super-power to take charge.

The Russian Media has hitherto kept a neutral line, unlike its western counterparts which have unanimously bashed the Chinese actions along the Line of Actual Control. All these have underlying economic reasons, according to Korybko.

India can not expect Russian help because of shift in allegiances

According to the Stockholm International Peace Research Institute, trade of military equipment between India and Russia has declined by nearly 42% over the past few years. This dent has been due to India’s close relations with France, Israel and The United States. With tough economic sanctions being inflicted upon Russia by America, military equipment makes a significant chunk of Russia’s revenue earning.

China, although it has purchased Russian supplies, has been developing its equipment as well. This loss of income has severely hurt Russian ambitions of being more commercial-centric, and with growing American pressure for secondary sanctions, the noose on the Russians is only tightening.

All these issues have led to Russia diversifying its ties with India and China. Korybko pointed out that the upcoming SCO and BRICs meetings are bound to have a significant impact on relations and will set the trajectory for the coming years. He also said that Russia is turning into a ‘third wheel’ in the Russia-India-China triumvirate.

Russia had been flexing its muscles by opting for stronger relations with India by bypassing China. Andrew analysed that Russia’s intention of participating in the Joint Indo-Japanese Asia Africa Growth Corridor (AAGC) is testament to the fact that Russia wants to regain its economic stronghold on India.

Russia envisions its 21st-century grand strategic role as being the supreme "balancing" force in Afro-Eurasia, and in this context it's worthwhile to mention that Moscow and Kinshasa recently revived their 1999 military agreement for Russia to provide th… https://t.co/8XlWWs30Fl— 🍿Gordon Vick🍿 (@Flashgordonv) June 10, 2018

The Covid-19 pandemic has raised questions on the viability of the Belt and Road Initiative. The AAGC and the similar International North-South Transport Corridor (INSTC), a study to identify new trade routes for the future, are just examples of new avenues for Russian growth in the region.

Read more: Challenge for Modi: US or Russia, India can’t have both

Korybko analysed that the real intention of Putin is to achieve the supreme balancing role in Eurasia. This can only be done if the United States influence on India is minimised. Korybko fears that through rising information warfare, the US will try its maximum to ensure that a rift is created between India and Russia.

Time will tell what the future actually holds for the region.

Korybko fears that now is the time that the situation is most alarming in the region. The general public in India has been extremely unhappy with Modi’s handling of the Ladakh dispute. This has opened the door for a false flag operation which is vital for Modi’s popularity in the region.

He says that a conflict between Pakistan and India is not feasible for a wounded Modi looking for a quick-win, because of previous Indian humiliation at the hands of the battle-hardened Pakistan military in 2019. Instead, he believes that Modi will try to bully Nepal.

Along with India’s disaster at the Line of Actual Control, a significant cause for concern has also been brewing along the India-Nepal Border. Nepal and India’s relations have taken a turn decidedly for the worse, possibly for the first time since the ugly 2015 ‘blockade’, over a territorial dispute that had been festering for ages.

Nepal’s unilateral decision to revisit the said area’s which India had previously claimed without any ramifications have sent shockwaves across South Asia. Nepal also has for the first time deployed its troops along the border to protect its territorial integrity.

Andrew believes that this is China pulling its string in the background. Indeed, the current government of Nepal, led by the Communist Party, has abandoned traditionally cordial relations with India in favour of a stronger engagement with China. If the situation gets tense in the region, it will be extremely likely that Nepal will invite China’s Peoples Liberation Army to intervene and protect them, bringing more shame to India at the hands of the Chinese.

To boost this macho-spirit of Modi, he will most likely look out for surgical strikes in other regions. Myanmar is also a likely place where India might strike. Just like Balakot, nothing might happen, but due to Indian media, a mountain will most certainly be made out of a mole-hill.

Watch Andrew Korybko, political analyst based in Russia, in discussion with Najma Minhas, Editor Global Village Space explain why Indian expectations from Russian involvement are a leftover from the Communist era. Why Modi is more likely to attack Nepal than Pakistan to divert Indian population’s anger over the BJP governments perceived weakness over China’s intrusion into Indian claimed territory:

Andrew Korybko is a political analyst, radio host, and regular contributor to several online outlets. He specializes in Russian affairs and geopolitics, specifically the US strategy in Eurasia. Najma Minhas is Managing Editor Global Village Space; Interview was conducted online through Zoom and is available on GVS News YouTube Channel.