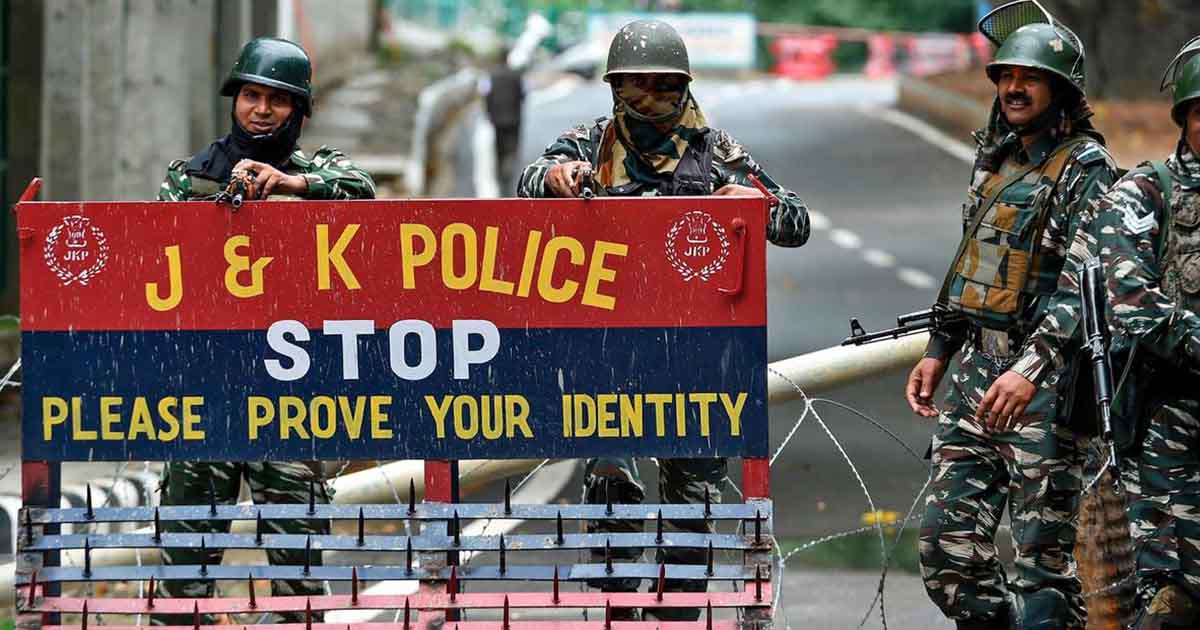 Seventeen out of around 100 telephone exchanges were restored Saturday in the restive Kashmir Valley, the local police chief told AFP, after an almost two-week communications blackout.

New Delhi cut landlines, mobile phones and the internet in early August as it stripped the Muslim-majority region of its autonomy.

#India restores 17 out of around 100 telephone exchanges in #Kashmir Valley, with disputed region's police chief saying internet has also been restored in five areas of Jammuhttps://t.co/uRI2sHXsso— Newsweek Pakistan (@NewsweekPak) August 17, 2019

Fearing an angry and potentially violent response, it also sent 10,000 extra troops to the area and imposed severe restrictions on the movement of people.

Dilbag Singh, police chief in Jammu and Kashmir state which encompasses the restive Kashmir Valley, said mobile internet had also been restored to five areas of the more peaceful region of Jammu.

I want the government to know that this aggression and aggressive policies don’t work on the ground, said Adnan Rashid, 24, an engineering student.

“We have opened up 17 telephone exchanges. Landline connections have been opened in some parts of each district in Kashmir,” Singh told AFP.

Around two dozen people who spoke to an AFP reporter in the main city in Kashmir, Srinagar, on Saturday morning said their landlines were still dead, however.

The state’s Chief Secretary BVR Subrahmanyam had said Friday there would be a “gradual” restoration of phone lines over the weekend.

He added though that the easing would “(keep) in mind the constant threat posed by terrorist organizations in using mobile connectivity to organized terrorist actions.”

Government offices opened on Friday and school would resume “area-wise” after the weekend from Monday, he said.

The lockdown has failed to stop public anger boiling to the surface however.

On Friday in Srinagar, several hundred protestors clashed with police, who responded with tear gas and pellet-firing shotguns, another AFP reporter on the ground said.

Protesters in Indian Occupied Kashmir hurled stones and used shop hoardings and tin sheets as improvised shields, as police shot dozens of rounds into the crowd. No injuries were reported.

The clashes broke out more than 3,000 people rallied in the Srinagar locality of Soura that has witnessed regular protests since New Delhi’s surprise move on August 5.

A week earlier around 8,000 people staged a protest, with police also responding with tear gas and pellet-firing shotguns, residents said. On Saturday morning most shops remained closed in Srinagar with people out buying essential items.

“We want peace and nothing else but they have kept us under this lockdown like a sheep while taking decisions about us,” resident Tariq Madri told AFP. “Even my nine-year-old son asked me why they had locked us inside,” he said.

Mohammed Altaf Malik, 30, said people were angry about the stripping of Kashmir’s special status “and the way it was done”. “We were locked down and not even asked,” he told AFP as he went to visit a sick neighbor in hospital.

“There is widespread corruption and the police here has made it a business to pick up any people it wants and then ask for money to release them from detention. We don’t see anything changing from this for ordinary people like us,” he said.

“I want the government to know that this aggression and aggressive policies don’t work on the ground,” said Adnan Rashid, 24, an engineering student.

Kashmir has been divided between India and Pakistan since independence from Britain in 1947 and has been the spark for two major wars and countless clashes between them. In the Indian part, since 1989 tens of thousands of people, most of them civilians, have died in an insurgency against New Delhi’s rule that India blames on Pakistan.

On Friday the United Nations Security Council met behind closed doors in New York at the request of Pakistan and China, the first meeting to discuss Kashmir since 1971.

Pakistan’s ambassador hailed it as evidence the region’s troubles due to Kashmir were an “internationally recognized dispute.” But India’s envoy Syed Akbaruddin expressed annoyance over any outside help or suggestions. “We don’t need international busybodies to try to tell us how to run our lives. We are a billion-plus people,” he said.

US President Donald Trump again urged the nuclear-armed rivals to come back to the negotiating table, conveying by phone to Pakistani Prime Minister Imran Khan the importance of “reducing tensions.”