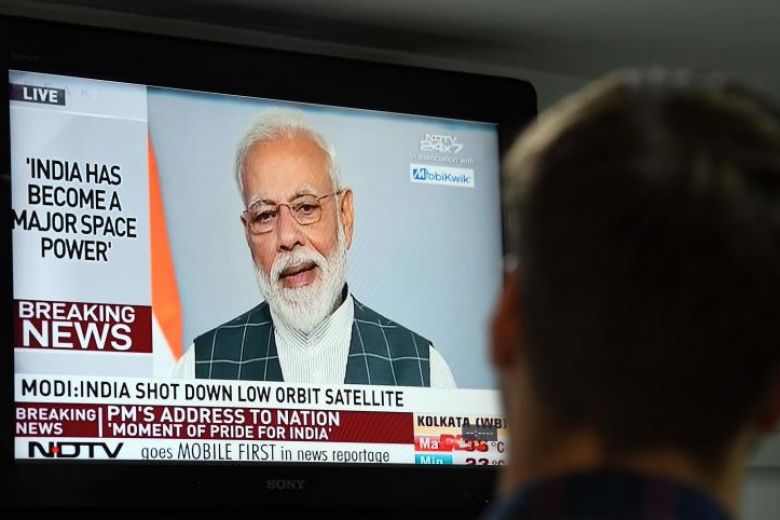 Indian Prime Minister Narendra Modi on Wednesday said that the country had destroyed a low-orbiting satellite in a missile test, becoming the fourth country in the world to have carried out the feat.

Just weeks before India goes to the polls, Modi said Indian scientists “shot down a live satellite at a low-earth orbit”.

“This is a proud moment for India,” the prime minister said in his first televised national address since late 2016.

“India has registered its name in the list of space superpowers. Until now, only three countries had achieved this feat.”

The satellite was in orbit at 300 kilometres when it was destroyed. Modi claimed that the mission was peaceful and not designed to create “an atmosphere of war”, adding it was “not directed against any country”.

The announcement comes ahead of a national election in which Modi is seeking a second term in office.

Voting starts on April 11 and will last nearly six weeks, with close to 900 million Indians eligible to vote in the world’s largest election.

Shahbaz out on bail