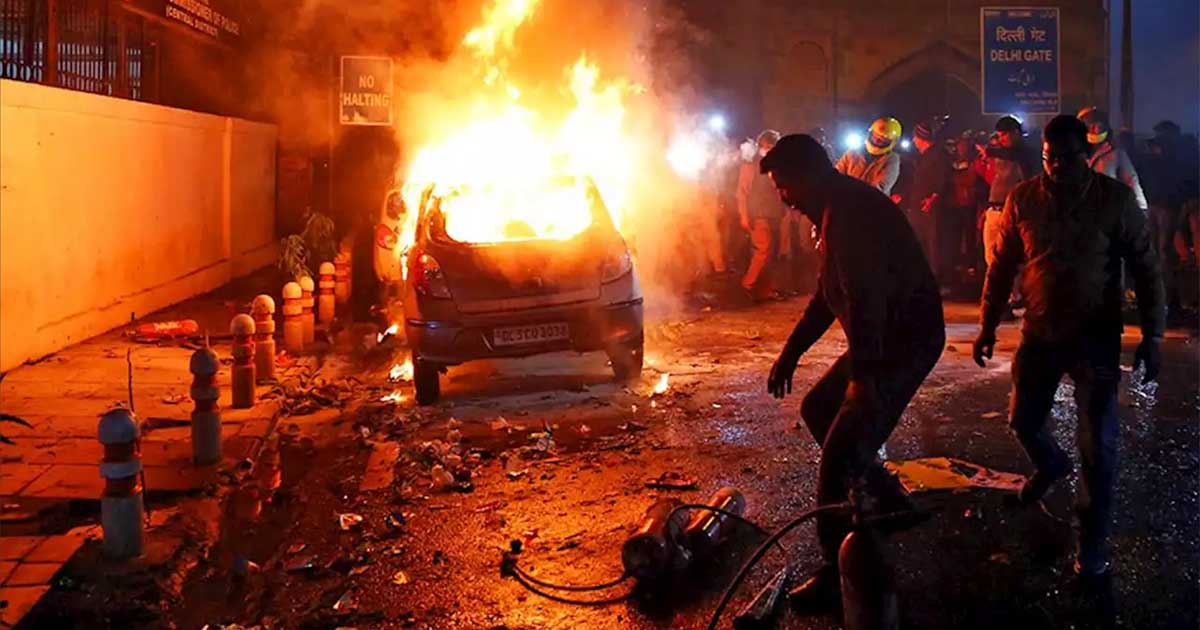 Six more protesters died in India Friday in fresh clashes between police and demonstrators, taking the death toll to 15 in more than a week of unrest triggered by a citizenship law seen as anti-Muslim.

The law — which makes it easier for persecuted minorities from three neighbouring countries to gain citizenship, but not if they are Muslim — has stoked fears Prime Minister Narendra Modi wants to remould the world’s biggest democracy India as a Hindu nation, which he denies.

The latest deaths, in northern Uttar Pradesh where almost 20 percent of the state’s 200-million population are Muslim, followed the loss of three lives on Thursday when police opened fire on protesters in the northern city of Lucknow and the southern city of Mangalore.

In a strongly worded editorial, the Indian Express said the government must do all it can “to keep the peace” in the country, home to 200 million Muslims

Rajkumar, who goes by one name, added that five police officers, including three with bullet wounds, were being treated in hospital. Another demonstrator died of a gunshot wound in Bijnor district while the cause of the sixth death in Firozabad city was not yet known, local police spokesmen told AFP.

In the heart of India’s capital, demonstrators held a sit-in protest at the Delhi Gate in the Old Delhi district, then marched to the country’s biggest mosque Jama Masjid in the afternoon. The protesters later returned to Delhi Gate, where they clashed with baton-wielding police who deployed a water cannon to disperse the crowd.

Read more: US threatens India with sanctions over citizenship bill against Muslims

The marchers, many chanting anti-Modi slogans, threw rocks at police in the street battle. At least one car was set on fire, and an AFP reporter saw demonstrators bleeding from their heads and mouths during the clashes.

“All the people here, be it those who are Hindu, Muslim, Sikh or Christian — they are all out on the streets,” Tanvi Gudiya told AFP at another Delhi rally in a Muslim neighbourhood after Friday prayers.

“So doesn’t it affect Modi at all? Does Modi not like anyone? Why is he becoming like Hitler?”

In Modi’s home state of Gujarat, there were new clashes between security forces and protesters in Vadodara city, a day after battles in the largest city Ahmedabad left 20 policemen and 10 locals injured.

The protesters later returned to Delhi Gate, where they clashed with baton-wielding police who deployed a water cannon to disperse the crowd

On Thursday, two people were killed in Mangalore when police opened fire on a crowd of around 200 people after they ignored orders to disperse, an official told AFP. A protester also succumbed to gunshot injuries in Lucknow, said a doctor who declined to be named. Officers denied opening fire in the city.

Authorities have scrambled to contain the situation, imposing emergency laws, blocking internet access, and shutting down shops and restaurants in sensitive pockets across the country.

Unacceptable in a democracy

Opposition parties in India, as well as international rights groups, have raised concerns about the law and the growing protests.

“This is unacceptable in a democracy,” she added in a video posted on Twitter. West Bengal state Chief Minister Mamata Banerjee, addressing a rally of more than 20,000 people in the state capital Kolkata Friday, said she “will not allow the federal government to implement” the law.

“India is burning. This is time for waking up,” she said, urging people to unite behind her movement.

More than 200 Christian leaders in India issued a joint statement Friday saying the laws passed since the BJP was re-elected in May have led “to the collapse of the democratic institutions of India… carefully and painstakingly built by enlightened leaders over the last seven decades”.

In a strongly worded editorial, the Indian Express said the government must do all it can “to keep the peace” in the country, home to 200 million Muslims. “But in doing so the world’s largest democracy cannot look like it cannot accommodate its young who disagree, it cannot afford to signal that it is so ill at ease with itself.

“India risks a lot if it begins to be seen as a place where the dissenter’s mind is not without fear.”

I can be a better sports minister in Pakistan, claims Pakistan-British boxer Amir Khan

China retaliates: imposes its own sanctions after US restrictions on media outlets