India is committed to spoiling peace efforts in Afghanistan

Pakistan is sincerely dedicated to the peaceful resolution of the Afghan crisis but it is far more concerned with the interference of external "spoilers". 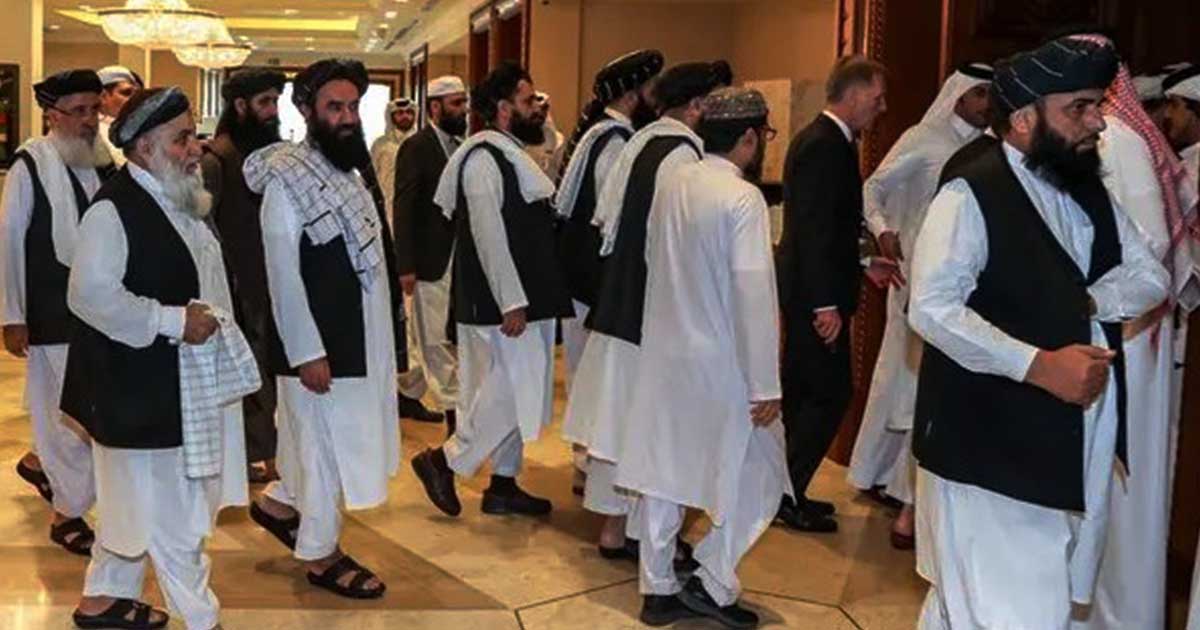 While India has gained significantly because of  U.S. participation in Afghanistan and has considerably increased its influence in Afghanistan through economic and military assistance, it has failed to take a dominant position in recent Afghan peace talks to achieve its strategic interests.

Since India is using Afghan soil to support proxies against Pakistan, it is, therefore, less supportive of the reconciliation process and does not want Taliban to play a leading role in future security arrangements concerning Afghan political apparatus.

In this regard, the Taliban have recently announced that India has always played a negative role in Afghanistan and supported traitors in the country. The diplomatic choice of New Delhi to dispatch senior ambassadors to Russia as informal representatives for settling the negotiations with the Taliban revealed that the strategy has been changed to remain relevant with evolving security dynamics of Afghanistan.

Pakistan is sincerely dedicated to the peaceful resolution of the Afghan crisis but it is far more concerned with the interference of external “spoilers”. Pakistan, which has been victimized for several years by extremism and terrorism, does not want to see resurgence of such violence.

EXCLUSIVE: After decades of war, many Afghans will turn to anyone who promises peace – even the Taliban. CNN spent 36 hours with the extremist group bent on retaking Afghanistan. pic.twitter.com/gfL4JztGAW

Pakistani Foreign Minister Shah Mahmood Qureshi has categorically denied that Islamabad is taking the side of any particular group – Taliban or the Afghan government. He urged that Pakistan has no desire to interfere and has no other agenda but it will work with whatever arrangement the peace talks produce. In this context, the international community must understand that India is creating complications for the Afghan peace process and take notice of the Indian role as a spoiler within and outside Afghanistan.

As great powers advance towards the conclusion of an agreement in Afghanistan, the destiny of its $3 billion investment and influence in the war-torn nation is very worrisome for India. PM Narendra Modi has assigned 4 billion rupees for social construction in Afghanistan during the first quarterly expenditure of his second parliamentary term.

Read more: US thanks Pakistan for aiding in Afghanistan peace process

Experts think that political fear in India regarding Afghanistan is due to the reality that it has been excluded from the negotiations even after offering humanitarian and financial aid to Afghanistan with up to $650 million to $750 million, rendering it the biggest regional aid provider.

Moreover, Islamabad has almost prepared the grounds for the Washington, Moscow and Beijing to achieve an agreement with the Taliban. Rakesh Sood, former Indian ambassador to Kabul, has already confessed that neither India nor its concurring partners had a position at the peace talk process for the Afghan regime.

Between 1996 and 2001, India supplied the Anti-Taliban Northern Alliance with military, political and financial aid. The main aim was to disregard a peaceful western border between Afghanistan and Pakistan. A factual analysis shows that New Delhi has never been reluctant to use proxies to safeguard its security objectives in Afghanistan.

India is unleashing violence against Pakistan from Afghanistan

It is clear that, with the aid of Afghan National Directorate of Security and anti-Pakistan terrorist factions in Afghanistan, RAW has waged hybrid warfare in Khyber Pakhtunkhwa, Balochistan and Karachi. The network of the Indian and Afghan security services may still be exploited to disrupt the latest peace process in Afghanistan because New Delhi and Kabul are not in favour of the legitimacy granted to the Taliban by the United States and its allies.

A recent UN Analytical Support and Sanctions Monitoring Report on terrorism had vindicated Pakistan’s position that the banned Tehrik-e-Taliban Pakistan (TTP), operating from Afghanistan and supported by India ,threatened regional countries, including Pakistan.

New Delhi is lobbying in Washington for its role in Afghanistan and also bilaterally engaging with the Afghan government to create favourable circumstances through its intelligence. Pakistan on many occasions has signaled that India’s military support to the government in Afghanistan and the continued presence of Indian military and intelligence there will be considered as an unacceptable provocation.

After 9/11, Pakistan anticipated the Afghan administration’s tilting tendency toward India. Pakistan’s strategic objectives concerning the future of Afghanistan have been associated with its anxieties for the existence of New Delhi’s diplomatic forces in Kabul, which Islamabad thinks present immediate safety and security risks.

India will try to win a seat at the table

New Delhi’s enhancing efforts to remain relevant in the Afghan peace process will continue to play an important role in Pakistan’s decision making. Nonetheless, Pakistan’s strategic outlook in modeling its future related to Afghan peace talks has also been driven by a rational willingness to achieve desired impact in a fast-moving and complicated geopolitical setting.

In the War on Terror, Pakistan has been a frontline country which suffered tremendous human and economic losses. Pakistan would like a peaceful Afghanistan that will prevent Kabul from becoming a premise for a proxy war against Islamabad.

Read more: How to end prevailing deadlock in Afghanistan

Whereas, India is neither Afghanistan’s immediate neighbour nor does it share ethnic and cultural values, so its role in the Afghan peace process will remain restricted. India may want to see the peace process stalled and seek to provoke a reaction so that it can cost all the stakeholders, particularly Pakistan.

Pakistan has never been opposed to India having a bilateral relationship with Afghanistan but has an objection that India is using Afghan soil against Pakistan. Islamabad hopes that after the withdrawal of the US forces from Afghanistan with respect to the peace agreement recently signed, India will desist to use Afghan soil against Pakistan’s interests.

The writer is a student of Current Affairs and Political Science and has a Masters degree from NUST, Islamabad. The views expressed in this article are the author’s own and do not necessarily reflect the editorial policy of Global Village Space.

Farah Adeed - 23 September 2021
In a bid to eliminate the "enemy," the US conducted misdirected drone strikes in Afghanistan for 20 years which killed many civilians. However, the common enemy of Americans, Pakistanis, and Afghans is not who we think it is.

India denies Trump’s Kashmir mediator statement: “No such request made”