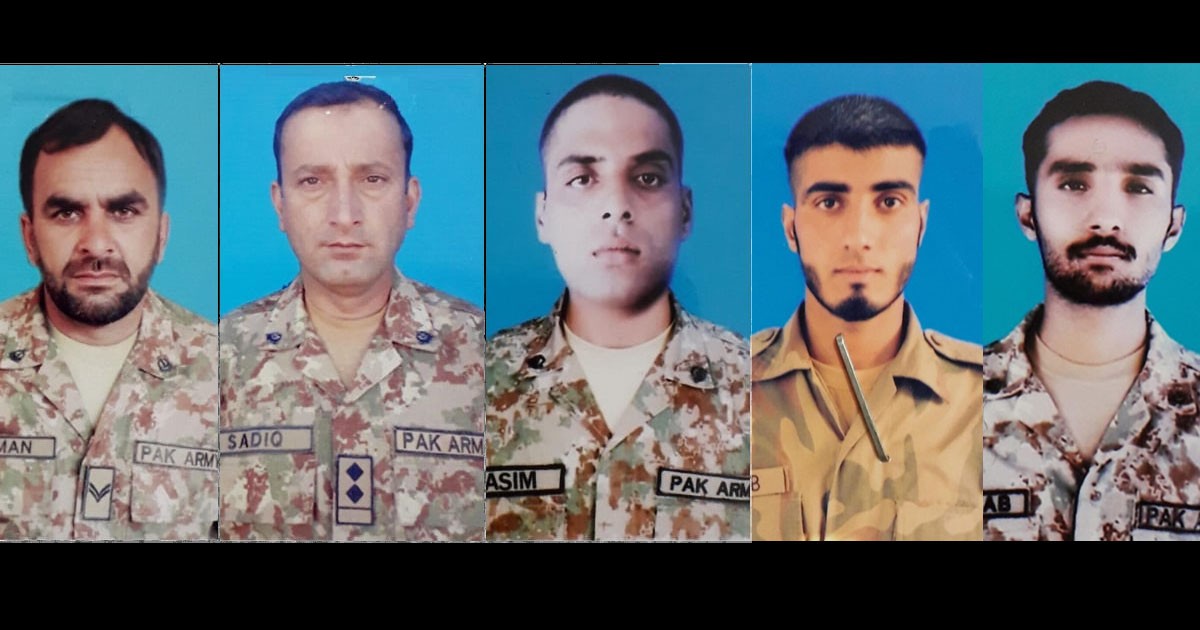 The Pakistani military accused India Wednesday of killing five soldiers along the de facto border in Kashmir, just months after the nuclear-armed neighbours nearly went to war over the disputed Himalayan region.

The soldiers were killed in a blast in Barnala, on the Pakistan-administered side of Kashmir, just a few meters from the so-called “Line of Control” that divides the region, the military said in a statement.

The blast took place a few meters from the Line of Control in Chamb sector of Azad Jammu and Kashmir (AJK), Inter-Services Public Relations (ISPR) said in a statement

It was not immediately clear when the blast happened.

“The incident is evident of state sponsored terrorism by India violating bilateral ceasefire agreement and the international rules,” the statement said, though it also added that the nature of the blast that killed the soldiers is still being investigated.

The soldiers martyred in the incident include:

The arch-rivals barely escaped a war in February when they launched cross-border air strikes at each other, sending tensions to the highest they have been since both gained nuclear weapons.

Since then they have stepped back from the brink, with Pakistani Prime Minister Imran Khan and his Indian rival Narendra Modi exchanging warm messages after Modi’s hawkish party won a new term in May.

Even so, Pakistan has kept large swathes of its airspace near the eastern border with India closed since the February clashes, effectively closing off or disrupting several major international flight routes.

Kashmir is ruled in part but claimed in full by both countries, who have fought two of their three wars since independence in 1947 over it. The region has always had a high presence of soldiers.