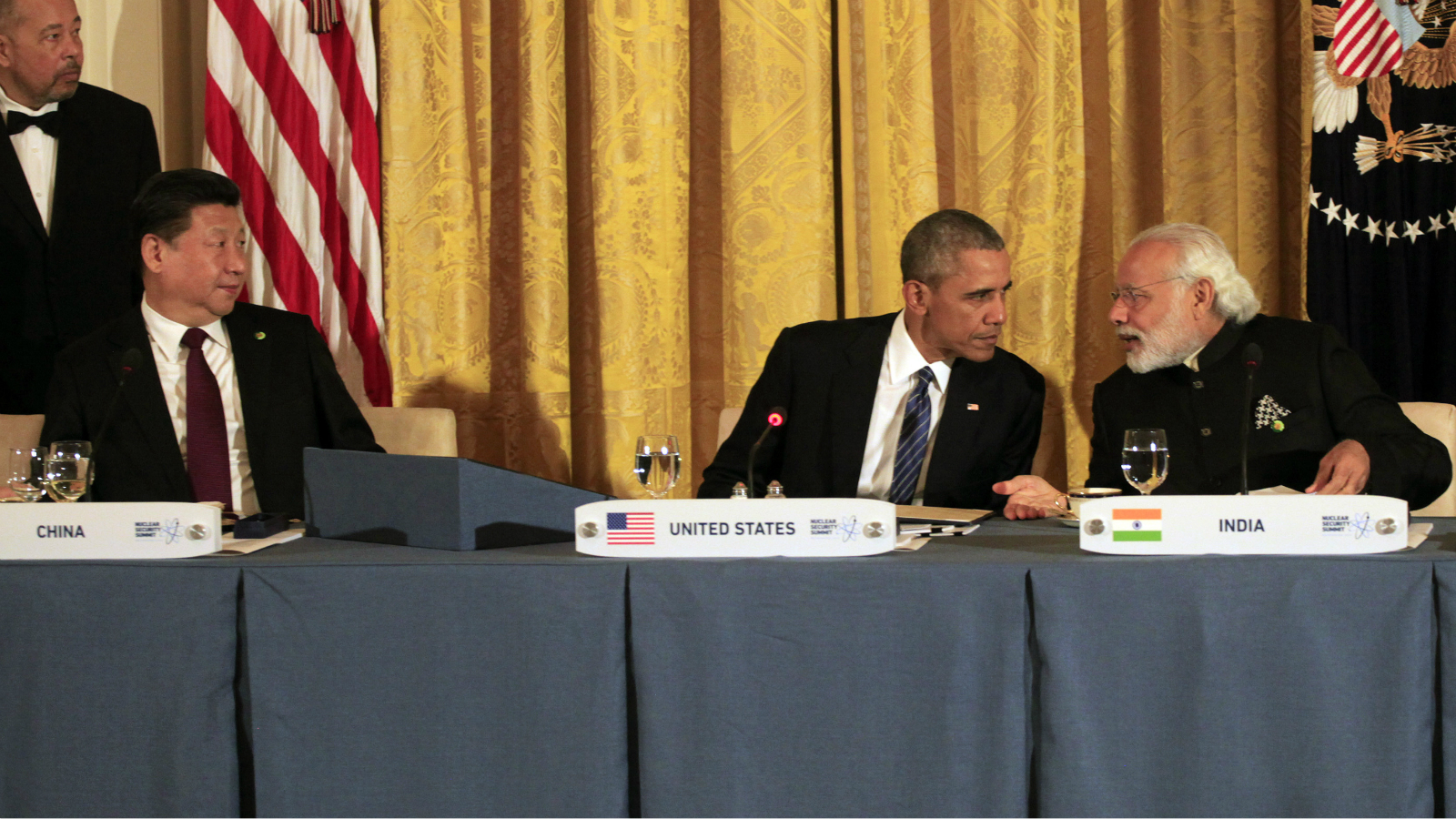 China has said that India’s entry into the Nuclear Suppliers Group (NSG) has become more complicated under new circumstances.

“It (NSG) is a new issue under new circumstances and it is more complicated than the previously imagined,” China’s assistant minister of foreign affairs Li Huilai said.

“China supports the NSG to have the consultation for reaching a non-discriminatory and universally applicable solution, applicable to all members of the NSG,” he added.

Beijing wanted that the inclusion of non-NPT countries in the NSG should follow a two-step approach – evolving a universal formula for all such nations and then taking up each country‘s application.

Pakistan has also applied for membership of the NSG. Many opine that the stance of China, in other words, is paving way for Pakistan’s eventual membership, much to the consternation of Delhi.

In a media briefing, Indian Minister for External Affairs Sushma Swaraj said that countries friendly to China must talk them through and push for India’s entry in the NSG.

“Since Russia and China share good relations, it should talk to China. We are not asking them to put pressure on China, but use its good offices.”
– Sushma Swaraj

India and Russia are time-tested allies and, despite some grievances, are moving forward as evidenced by PM Modi’s recent visit to Russia. India would look to use its influence with Russia to convince China to change its stance. Ties between China and India are not healthy over a host of issues including the NSG.

Ms. Swaraj tried to explain India’s position in the briefing. “The criteria were already discussed in 2008 when India got a waiver and it was now only a question of testing our credentials. We have engaged with China,” she said.

She asserted that the case of Pakistan and India was separated in 2008 when India got a waiver and that even France was inducted into the club despite not being an NPT signatory.

She implored upon China to look at India’s impeccable credentials. India’s resort to diplomacy is owed to China’s consistent objection to its entry into the elite club.

Last month, China indicated that it will continue to oppose India’s entry to the Nuclear Suppliers Group (NSG) at the elite bloc’s plenary meeting in June unless a universal formula is evolved for accepting applications from countries that have not signed the Non-Proliferation Treaty (NPT).

India had applied for the membership of the Nuclear Suppliers Group last year but China objected owing to India not being a signatory to the Non-Proliferation Treaty (NPT).

Beijing wanted that the inclusion of non-NPT countries, such as India and Pakistan, in the NSG should follow a two-step approach – evolving a universal formula for all such nations and then taking up each country‘s application.

China’s position on the matter ahead of this year’s plenary session is likely to affect bilateral ties, which even otherwise are strained. India will hence use diplomacy to put pressure on China and garner support for its case.

“China’s position on the non-NPT members’ participation in the NSG has not changed,” foreign ministry spokesperson Hua Chunying said last month. “We support the NSG group following the mandate of the 2016 Seoul plenary session and building consensus as well as (an) intergovernmental process (that) is open and transparent to deal with the relevant issue in a two-step approach.”

India had applied for the membership of the Nuclear Suppliers Group last year but China objected owing to India not being a signatory to the Non-Proliferation Treaty (NPT).

India’s bid to join the NSG is more a matter of pride and stature. Ever since the overt nuclear tests in 1998, India wants to be acknowledged as a legitimate nuclear power. It must be recalled that the NSG was set up in response to India’s own clandestine nuclear test in 1974, hence India wants to restore its position. Besides, the NSG membership will give India better access to low-cost, clean nuclear energy – important for its economic growth. Nuclear power is one way India, the third-biggest emitter of greenhouse gases, could cut its emissions and reduce air pollution from coal-fired power plants. The dual use of nuclear technologies and the ease of switching from civilian to military uses is a cause of concern for Pakistan and China. This goes down well with India’s grandiose designs

China fears that India’s entry in the NSG would upset the strategic balance in South Asia and be detrimental to peace in the region.

According to China’s Global Times, India has gained much-needed support from the US. The editorial stated “[The] U.S. backing adds the biggest impetus to India’s ambition. By cozying up to India, Washington’s India policy actually serves the purpose of containing China.”

India that has repeatedly called China the “one country” blocking its ambitions and also conducted two rounds of talks with China’s nuclear negotiator Wang Qun last year on September 13 and October 31. China has time and again reiterated its position that India needs to go through the process.

China’s Foreign Ministry said last year that “any formula worked out should be nondiscriminatory and applicable to all non-NPT states; without prejudice to the core value of the NSG.”

China fears that India’s entry in the NSG would upset the strategic balance in South Asia and be detrimental to peace in the region. China also is anxious about this step being inimical to Pakistan’s strategic interests. Most, importantly the overt US support for Delhi’s bid is seen as a way to contain China.

The attitude of the US has had and will undoubtedly have an impact on some other nations. For those countries which also wish to put a finger in the pie of India’s market, many of them begin to back India’s NSG membership, or at least not oppose it, an article in the Global Times said in apparent reference to the majority of the countries in the NSG supporting India’s entry.

The continued Chinese opposition to India’s NSG membership will create more tensions between Delhi and Beijing.

It is imperative to understand that China is not opposing India’s inclusion per se. It is stressing upon devising a procedure that applicable to all aspirants, including Pakistan. India and Pakistan can both use their full membership of the SCO to settle this NSG issue. India can assuage China’s and Pakistan’s fears by using the platform of the SCO.

“However, as a country that has signed neither the Treaty on the Non-Proliferation of Nuclear Weapons nor the Comprehensive Nuclear-Test-Ban Treaty, India is not yet qualified for accession into the NSG,” it said.

The continued Chinese opposition to India’s NSG membership will create more tensions between Delhi and Beijing; the recent Indian boycott of OBOR dented ties at the diplomatic level. Islamabad will deem it as China’s support for its stance. The US-Indo entente is likely to strengthen and will push India’s efforts to join the club. Regional implications will be repugnant to peace. Given the fluidity of the situation, a new tiff between India and Pakistan is not an option.