India must set aside Political Rhetoric & Show Flexibility on Kartarpur

Dr. Mohammad Faisal noted that the third round of delegation-level talks with India over the Kartarpur Corridor have finalized multiple crucial matters, including the number of pilgrims, visa fees and others. He urged New Delhi to set aside political rhetoric and show flexibility 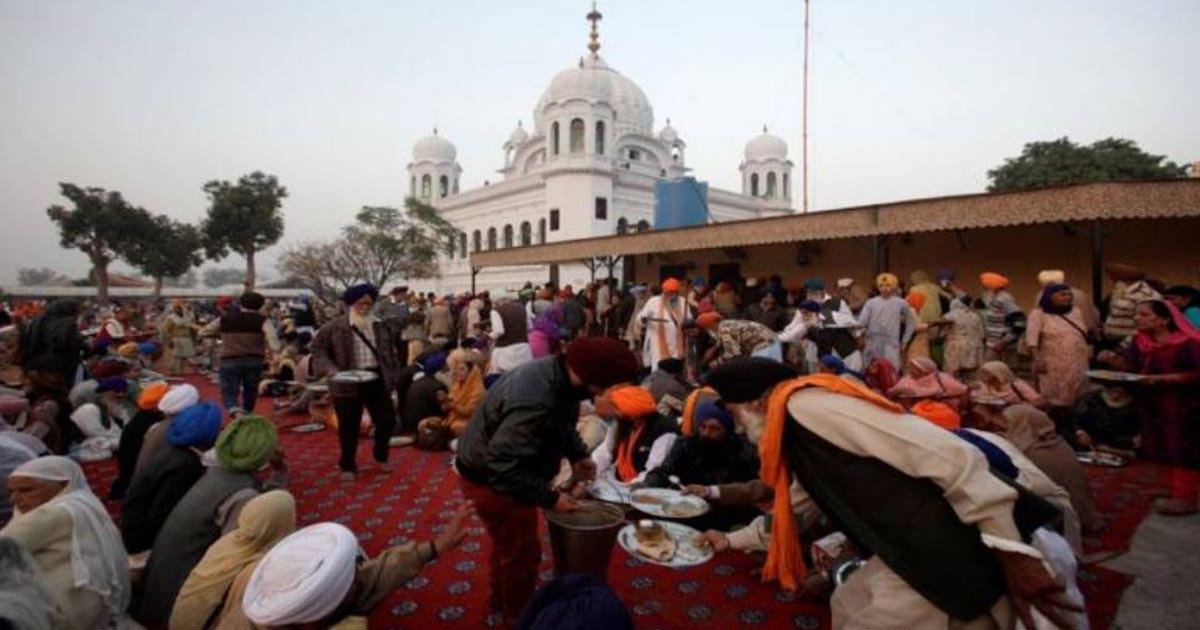 Pakistan, on Wednesday, reiterated its commitment to ensure that the Kartarpur Corridor is fully operational to facilitate Silk pilgrims at the 550th birth anniversary of Baba Guru Nanak, the founder of Sikhism.

Islamabad and New Delhi just concluded the third round of talks on the Kartarpur Corridor, and Pakistan has urged India to show flexibility so that the matter can be handled without fuelling political rhetoric.

Arrived in Lahore for 3rd round of talks with India, to be held at Atari, to discuss and finalise the draft agreement on opening of #KartarpurCorridor, which will be held tomorrow. #Pakistan remains committed to expedited opening of the corridor #PakistanKartarpurSpirit— Dr Mohammad Faisal (@DrMFaisal) September 3, 2019

Both India and Pakistan have agreed on the visa-free travel regime to facilitate Indian Sikh pilgrims, arriving as individual pilgrims and in groups. Dr. Faisal noted that the corridor will remain functional all year round, and will be equipped to accommodate 5000 pilgrims a day.

He also noted that the Sikh pilgrims will be provided Prasad and Langar by the authorities. The two delegations have agreed to construct a bridge at the Budhi Ravi channel, and establish a direct line of communication between Pakistan’s Rangers and India’s Border Security Forces (BSF).

The meeting was held on the Indian side of the Wagah-Attari border, and the third round of talks on the Kartarpur Corridor was focused on devising the rules and regulations of the pilgrimages. It also deliberated the number of Sikh pilgrims that will be allowed to cross the border and visit the Holy site each day, alongside the procedure of entry, visa fees, the construction of the causeway and other aspects.

Dr. Faisal noted that Pakistan has undertaken unprecedented measures to ensure that the Sikh pilgrims are facilitated. He urged New Delhi to exhibit flexibility on the matter, and leave aside all political rhetoric to make the Kartarpur Corridor an exemplary facility for Sikh Pilgrims.

He said, “Pakistan has agreed on accommodating at least 5000 Sikh pilgrims from India, and we are willing to accommodate more. We are also expecting local and international pilgrims from the Sikh community. We will allow entry to as many pilgrims as we can considering the capacity of the Corridor.”

The two sides are expected to meet for another round of delegation-level talks to finalize the agreements.

Earlier this week, Prime Minister Imran Khan addressed the International Sikh Convention, a 3-day moot held at Governor House Punjab, where he pledged to ensure that the Sikh community is well facilitated, and enjoys comfortable access to the Kartarpur Sahib, and other Sikh religious sites.

The Kartarpur Corridor is expected to be functional by 11th November, to facilitate Sikh pilgrims on the 550th birth anniversary of Guru Nanak Devji. The Ministry of Foreign Affairs spokesperson noted that the Pakistani authorities have decided to invite media houses to the Kartarpur Corridor, and inform them of the preparations undertaken by the government.

Despite the ongoing tensions with India in the wake of New Delhi’s unlawful move to abolish the special constitutional privileges pledged to the occupied valley of Kashmir in the Article 370, Pakistan has remained committed to its promise of making the Kartarpur Corridor functional for Sikh pilgrims.

As #India is on increasing international pressure on IOK, it may impede Kartarpur. Kartarpur was never in line w/ Hindvata State fundamentals but given in 2 appease Sikh religious orthodoxy. #Sikhs are second class citizens. Secondly any brownie points by Pakistan 2 be denied.

Pakistan’s resolve to facilitate the Sikh community remained unnerved by India’s intensified ceasefire violations alongside the Line of Control. Earlier in February, Pakistan continued to proceed with the construction of the Kartarpur Corridor despite the military escalations that took place in the wake of the Pulwama attack.

Pakistan has launched a diplomatic offensive against India to highlight the intensified humanitarian crisis and unprecedented communications blackout in the occupied Himalayan valley, alongside downgrading diplomatic ties and suspending trade routes and rail traffic.

Rise of the Quad: India, US, Japan and Australia hold meetings and war exercises