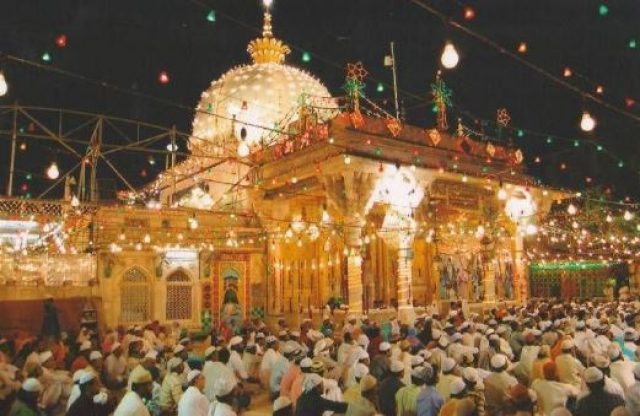 The government of India has refused to grants visa to Pakistani wishing to attend the Urs of Sufi saint Khwaja Moinuddin Chishti, Pir Noorul Haq Qadri, the Federal Minister for Religious and Interfaith Harmony informed on Monday.

The Urs of revered saint Khwaja Moinuddin Chishti-also known as Gharib Nawaz is held annually in Dargah Ajmer Sharif, Rajasthan, India. According to Qadri, nearly 500 Pakistani were to depart for India on March 7th, 2019.

Qadri, however, mentioned that Pakistan has been generously granting visas to Sikh Pilgrims and Hindu yatris aspiring to visit their religious sites located on this side of the border.

Last year, in March 2018, India refused to issue visas to 503 Pakistani pilgrims that wanted to attend the Urs in Rajasthan. The announcement came amid the heightened tensions between the two countries, India and Pakistan following a Pulwama attack on Indian forces last month in Indian Occupied Kashmir.

Qadri further stated that Indian embassy informed the cancellation of visas on a phone call. The applicants were informed afterward through SMS; though the ministry has not returned the passports of the applicants yet.

Qadri, however, mentioned that Pakistan has been generously granting visas to Sikh Pilgrims and Hindu yatris aspiring to visit their religious sites located on this side of the border.

On the other hand, in one year, Pakistan had issued visas for 5,600 Sikh yatris as well 312 Hindu yatris, the minister said. He also added that last year India refused to grant visas to the majority of Pakistani pilgrims who wanted to attend the Urs of Nizamuddin Aulia. Only 190 applications got accepted out of 400.

United Muslim world with their own markets & technology