India has seen the largest one-day surge in coronavirus cases as 39,00 new infections were reported in 24 hours. The surge in India’s disease and death tolls came between Monday and Tuesday, bringing the total number of cases in the country to 46,433 and fatalities to 1,568, according to data published by the Health Ministry. Over 14,000 patients are in Maharashtra, which remains the worst-hit state. 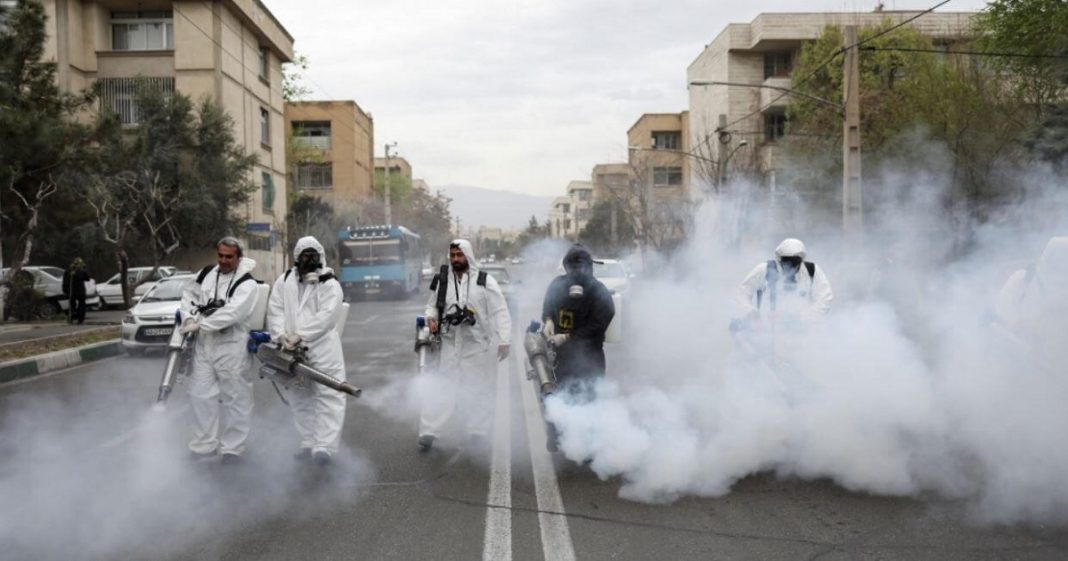 India has seen its largest-ever one-day jump in Covid-19, both in terms of cases and fatalities, with 195 people succumbing to the illness in the space of 24 hours and 3,900 new infections.

The surge in India’s disease and death tolls came between Monday and Tuesday, bringing the total number of cases in the country to 46,433 and fatalities to 1,568, according to data published by the Health Ministry. Over 14,000 patients are in Maharashtra, which remains the worst-hit state.

Next to Maharashtra, Gujarat and Delhi are the next worst-affected states, counting 5,804 and 4,898 infections respectively, while Madhya Pradesh, Rajasthan, and Tamil Nadu have also seen a steep rise in cases in recent days.

Despite the spike, however, over 12,700 of India’s confirmed patients have since recovered, the Health Ministry said, putting the country’s overall recovery rate at around 27 percent.

Though India has been on a sweeping nationwide lockdown since late March – extended for a second time last week to end on May 18 – New Delhi and regional governments have permitted some shops to reopen before the quarantine measures expire.

Red zones are considered hotspots, while considerable relaxations will be permitted in areas considered less dangerous.

India has been under lockdown measures since 24 March, with more than 35,000 cases confirmed nationally.

A new home ministry statement, outlining the extension until 18 May, said there had been “significant gains in the Covid-19 situation”.

But Friday saw a record number of new cases added to the nation’s official tally.

India is staring at a crisis much greater than COVID-19. Why after 47 days on the ground reporting from 6 states of India, I totally disagree with Lockdown 3.0. My piece in @htTweets https://t.co/HorjHCPRRk

At least 1,100 are known to have died from the virus in India, but many believe the true number of infections and deaths is far higher than what has been reported.

Areas will be classified as green zones if they have had no confirmed cases for 21 days, according to the guidelines.

All of India’s major metropolitan areas remain classified as red zones and will stay under strict lockdown measures.

All of the zone classifications have been described as “dynamic” and will be updated weekly, officials say.

India’s lockdown is the largest of its kind in the world, impacting a population of 1.3 billion people.

All travel by air and rail will still be prohibited under the extension, with schools, restaurants and places of worship also remaining shut nationally.

The sudden lockdown, announced by Prime Minister Narendra Modi in March, prompted millions to be stranded across the country.

On Friday some migrant laborers began to travel back to their home states on specially organized train transport.

On Monday, liquor shops were reopened for the first time since March 24, almost immediately prompting a mass of residents to flock to stores around the country, disregarding social distancing guidelines still in place.

In some areas, police reversed course, ordering the shops closed again due to the dense crowds they drew.

Speaking optimistically at Monday night’s daily coronavirus briefing, the Health Ministry said the rate of new infections had slowed down across the country, noting that it took 3.4 days for cases to double before the lockdown, which has been extended to 12 days at present, suggesting the measures are having their intended effect.

“Our challenge now is how to further improve these results, to further increase doubling time,” Joint Health Secretary Lav Agarwal said at the briefing.