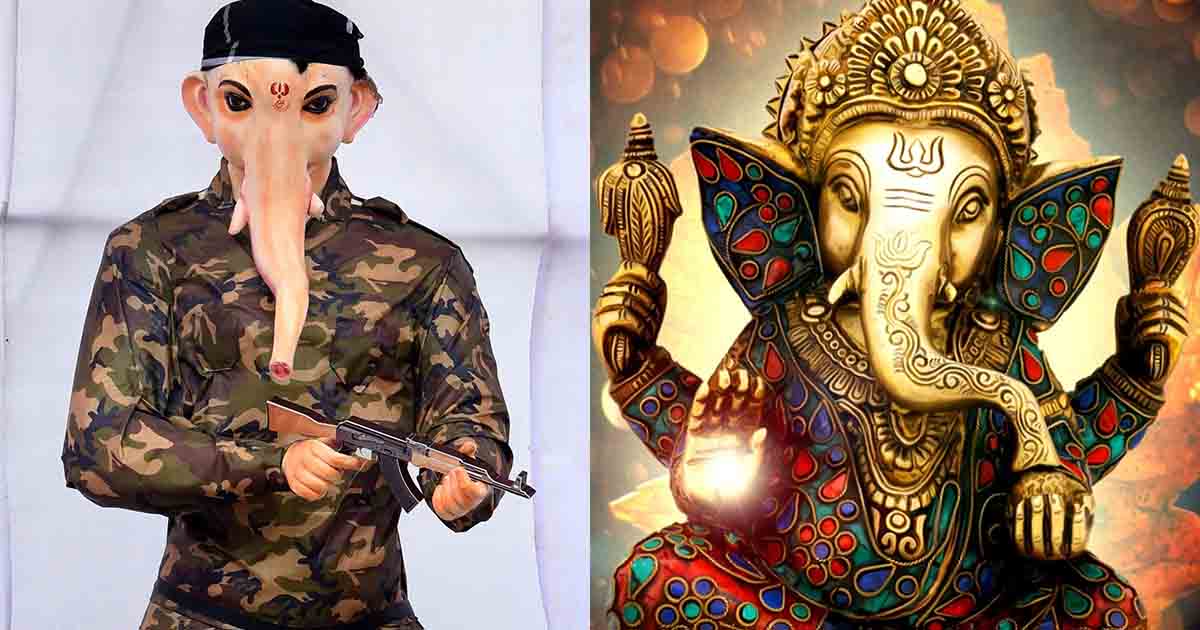 The Hindu lord Ganesha sported an army look on his birthday as India celebrated Ganesha Chaturthi. Ganesha, a Hindu Lord is worshipped in the religion for several of his attributes, including the remover of obstacles. He is the patron of arts and sciences and the lord of intellect and wisdom. As the god of beginnings, he is honoured at the start of rites and ceremonies.

The Hindu devotees erected mighty statues of Ganesha across India sporting various looks from the soldiers to cricketers. Lord Ganesha in an Indian army uniform holding a gun garnered immense attention and appreciation from Indians.

Perhaps Lord Ganesha donned an Indian army look to boost the morale of the Indian armed forces in the wake of recent border skirmishes with Pakistan on the LOC in Kashmir.

The border tensions between the two countries have worsened following India’s revocation of Article 370 and 35-A, with both the sides passing hostile statements as well as exchanging gunfire. India and Pakistan are standing off at the brink of war following the threats of nuclear war coming from senior Bharatiya Janata Party leadership.

Under these circumstances, Indians are engaging in various activities that herald undying support for the Indian army. Featuring Lord Ganesha in an army uniform was an expression of love and support for Indian army soldiers.

This is a ridiculous depiction.

Social media, however, gave mixed reactions to the pictures of Lord Ganesha sporting Indian army uniform. Many devotees disapproved the act asserting that God should not be used in war and politics. Other asserted that making the Ganesha statue hold a gun was unnecessary.

Since the Indian Army Soldiers can't fight, it's a good idea to bring Military ganesha out as this is the only way out to fight a War @MirMAKOfficial @_GhulamMustafa_ @SdqJaan

Modern india god have a gun in hand..

Previous articleNATO stands with US to bring lasting Peace in Afghanistan
Next articleCashless shopping: China is using facial recognition to pay

17 September 2021
Previous articleNATO stands with US to bring lasting Peace in Afghanistan
Next articleCashless shopping: China is using facial recognition to pay

India elections: who are Narendra Modi’s main rivals – and can they beat him?