India stuck in an election hangover

Speaking on the sidelines of the SCO summit in Bishkek, Foreign Minister Shah Mehmood Qureshi stressed that Pakistan was not expecting to formally interact with India during the summit. He clarified that Pakistan is in no haste to build ties and will not run after anyone. 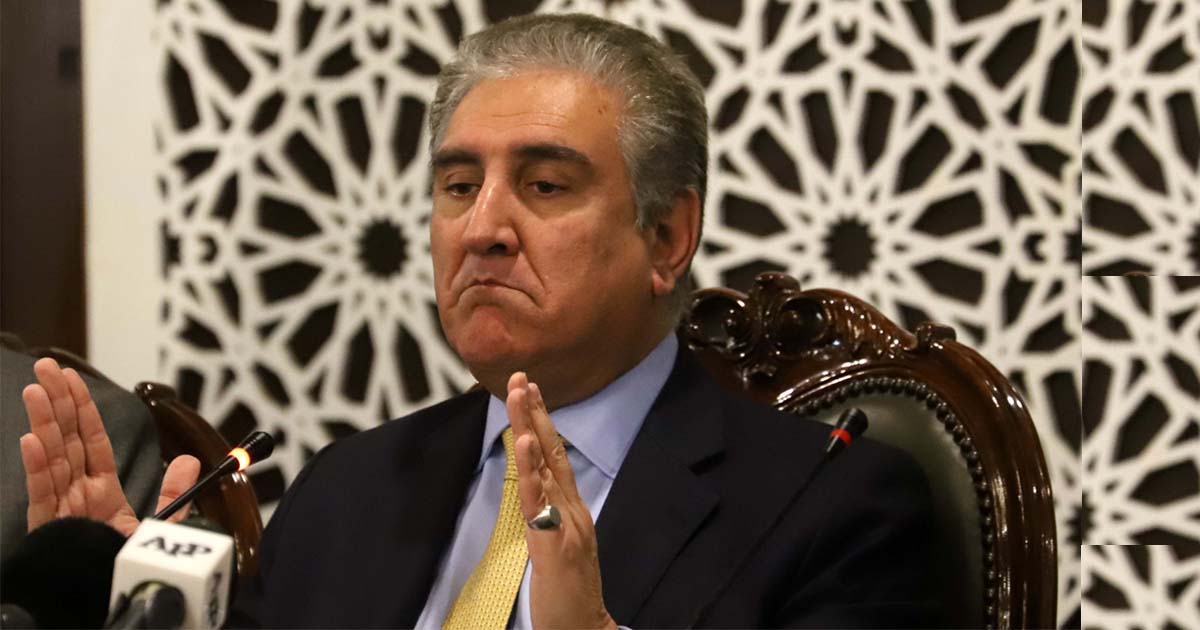 When New Delhi is ready to put aside all differences with Pakistan, and initiate bilateral dialogue, it will find Islamabad willing and fully prepared to engage. Foreign Minister Shah Mehmood Qureshi stressed that Pakistan is not troubled over India’s hesitance to engage in talks after the 19th Shanghai Cooperation Organization (SCO) summit in Bishkek which came to an end on Friday.

FM Qureshi informed that there was a “courtesy” meeting between PM Khan and Indian PM Narendra Modi. He said, “Yes, an informal courtesy meeting took place, where the two dignitaries shook hands and exchanged pleasantries.”

Shah Mehmood Qureshi made it clear that running after negotiations with India, it is not on the Pakistani foreign policy agenda, and stressed that Islamabad will wait for talks.

Speaking to a private news source after the SCO summit concluded, Foreign Minister Qureshi stated that India has not yet come out of its “election hangover”, and despite the ongoing tensions, in a gesture of goodwill, Pakistan accepted New Delhi’s request to use the Pakistani airspace for Prime Minister Modi’s flight to Bishkek.

He lamented, “Despite Pakistan’s permission for an overflight, the Indian Prime Minister and Foreign Minister chose a longer route. What does this reflect? It reflects the mentality that continues to dwell in their minds”.

Foreign Minister Shah Mehmood Qureshi explained that the Indian government has not managed to come out of its election mode. He added that the BJP-led government won the election based on the principles of Hindutva and Hindu nationalism, and they are still engulfed in this “groove”.

He stated, “They (Indian government) believe that improving relations and moving forward with Pakistan will impact their constituencies.”

Foreign Minister Shah Mehmood Qureshi explained that the Indian government has not managed to come out of its election mode.

The Foreign Minister stressed that Pakistan’s message is loud and clear and understood by all across the international community. “We are a peaceful country, and we want progress and peace across the region.”

Referring to Pakistan’s desires to foster bilateral relations with India, FM Qureshi clarified, “We are in no haste, nor are we running after anyone. If India is not ready, Pakistan is not eager as well. Pakistan will wait in a realistic and dignified manner.”

Foreign Minister Shah Mehmood Qureshi made it clear that running after negotiations with India, it is not on the Pakistani foreign policy agenda, and stressed that Islamabad will wait for talks to begin in a dignified and productive manner.

Prime Minister Imran Khan, in his commendable address at the 19th SCO Council of Heads of State summit, made it clear that Pakistan has strong historic and cultural ties with all the member countries of the SCO, and seeks to be a harbinger of prosperity, growth and peace in the region.

Afraid of being exposed? India refrains from joining Foreign diplomats at LOC