India: The Land of Bizarre Rituals And Superstitions

India and Pakistan share the same history, culture, and land. There isn't much different between the people of both nations. While Pakistanis seem to be growing out of superstitions and old folk tales India seems to still cling on to them. 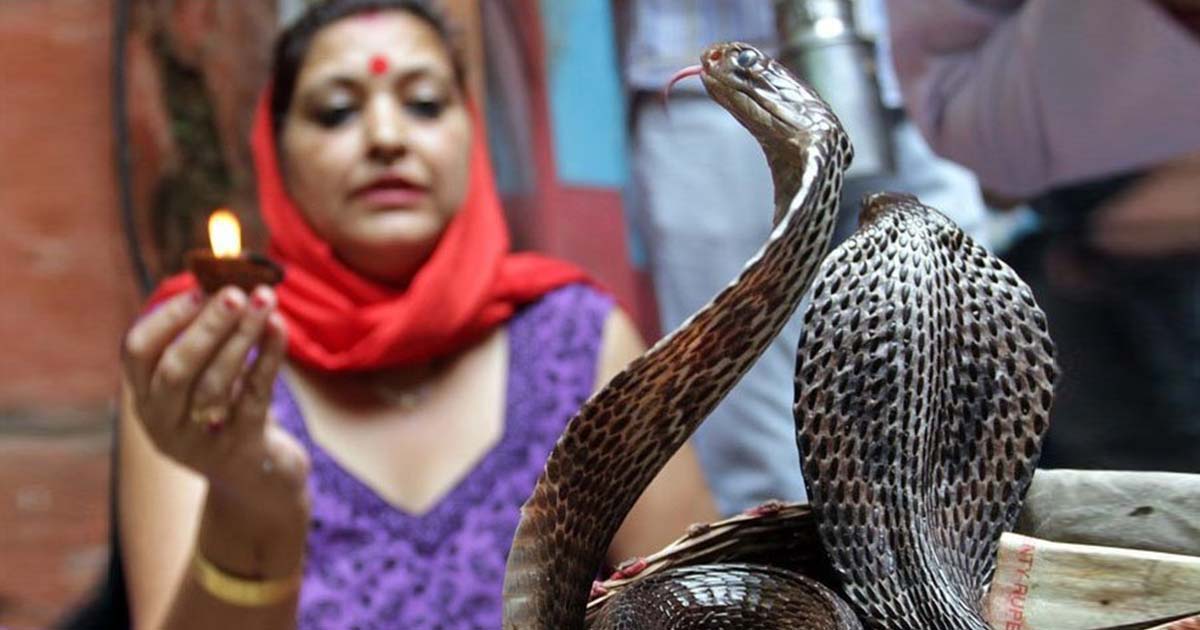 It may be quite astonishing and interesting for my readers to learn that India, the world’s so-called largest democracy and a country, having literacy rate around 75%, is extensively engulfed by irrational rituals and superstitions. Not to mention of uneducated or less educated people but also people belonging to highly literate strata have been observed following these irrational and illogical superstitions and myths blindly. The rituals, found in Indian society, based on such insensible beliefs are absolutely bizarre, ridiculous and beyond the realm of rationalism.

Let’s discuss some of such interesting and freakish rituals and superstitions that are, for sure, going to give you guffaw and Goosebumps!

Baby tossing, a very dangerous ritual based on baseless superstition, is practiced commonly in some parts of India. It is thought to bring good fortune in a toddler’s life.

This nonsensical ritual is not a friendly toss but a terrifying one where the newborn is dropped from a height of whopping 50 feet, preferably from the top of a temple.

Aishwarya Rai, a famous Indian celebrity was also a manglik. She also had to symbolically marry a peepal tree before tying the knot with Abhishek Bachan in order to rid bad luck.

While the father is responsible for the insane act of dropping of the infant, other family members wait at the base with a spread-out sheet to catch the falling baby. This startling ritual has no scientific evidence at all but still, the natives hold on tight to this controversial custom.

Marry a dog, it definitely sounds quite eccentric and ludicrous. Dogs are indubitably a lovable creature. People love to adopt dogs as their pet but to have a dog as your suitor, looks pretty irrational. But, in mystique India, it is not viewed as an abnormal act. It is customary for females to partake in this ritual if they are born with the astrological problem of ‘Mangal Dosh’.

Women with ‘Mangal Dosh’ are said to endanger the life of their to-be-husband. In the worst-case scenario, the husbands have the probability of dying within a short span of their married life.

Therefore to exorcise the woman of this condition, she is married to an animal first which ought to get rid of any evil she has and bring happiness in the married life.

Interestingly, Aishwarya Rai, a famous Indian celebrity was also a Manglik. She also had to symbolically marry a peepal tree before tying the knot with Abhishek Bachan in order to rid bad luck.

Another cruel and evil custom, prevalent in Indian society, pertaining to nuptial knot is of “Sati”. According to the commission (prevention) of Sati act 1987, “Sati” is defined as the act of burning alive of a widow along with the body of her deceased husband. It is, undoubtedly a heinous crime against humanity. Though the Indian government has enacted laws to arrest this barbaric act, yet it is alive and kicking in various parts of India.

The evil eye is also a big deal in India. Indians move heaven and the earth to get them protected from the evil eye. They resort to various grotesque Modus Operandi to ward off evil eye from their lives.

There is a common perception in Indian society that acquaintances and even close relatives get jealous of the prosperity in an individual’s life and this may send a negative vibe over other person resulting in unwanted incidents. Even the toddlers can be the victim of an evil eye. In order to prevent unfortunate happenings, the infants are smeared with black kohl and Indian women are supposed to keep kohl on their eyes and a dot on their forehead. From this very fact, it is now evident that it is not just a fashion for Indian women to accentuate their eyes but a centuries-old preventive measure to keep evil and negative vibe at bay.

Another whimsical superstition followed blindly by the Indians is related to “‘Black Cat”. In India, it is widely believed that if a black cat crosses your path, it is a bad omen. It’s a popular belief in the west too, for the west; the origin of this superstition came from Egypt. Egyptian culture believed that black cats were evil creatures, whereas the Indian explanation is that black represents “Shani” and therefore brings bad luck.

It is said that if a black cat crosses your path, then your day’s tasks get delayed or postponed. Like all other superstitions, there is no rationale behind this superstition; the only reason for apportioning the blame of bad luck on the poor black cats is just because they are black.

In Indian society, this belief is so deep-rooted that almost everyone believes if a person leaves the house in this condition, he will, surely, meet accident.

Numerology also has a considerable share in Indian superstitions. Indians regard thirteen and eighteen as unlucky numbers. You will find no apartment and floor bearing number “13” in Indian hotels.

Nightmares are a problem that most of the people are faced with. Indians have also devised a remedy for it. Just keep an onion and a knife under your pillow, and drive away the nightmares. It has no scientific backing at all, yet even the highly educated Indians abide by this tradition till today.

Eye twitching too has something to do with your destiny in Indian society. It is considered that the right eye twitching is good for men, and the left one brings good news for women.

Another funny and equally absurd superstition found among Indians is connected with “Crow’s Poop”. It is believed that crow’s shit brings good luck. If the crow’s wastelands on you, it is not a matter to be worried but a moment of jubilation that you soon are going to receive a plethora of money. Does it not make you laugh!!!

“Sweeping floors in the evening drives away Laxmi from the home”. It is the most common superstition, found in every home of India. Indian Hindus don’t sweep their floor in the evening. They believe that Goddess Laxmi generally visits homes during the evenings (specifically around 6-7 pm), and therefore sweeping will drive her away. This is, of course, assuming that Goddess Laxmi has a problem with basic hygiene.

Shacking legs is also a matter of good luck and bad luck in Indian society. It is not just a sign of nervousness and anxiety, as believed by many people. It also drives away your wealth. It is believed by the Indians that if you shake your legs, prosperity will flow away from you.

If you sneeze thrice and you are in India, you are likely to be advised by your Indian friends to stay at home since they consider it a bad omen. In Indian society, this belief is so deep-rooted that almost everyone believes if a person leaves the house in this condition, he will, surely, meet an accident.

Finally, “Closing the deceased’s eyes” while rest of the world believes that the action is carried out to make the dead look peaceful, the legend in India states that if the eyes are left open, the deceased will take the people around with him through his eyes. Isn’t it bizarre?