India to launch a book on the ‘surgical strikes’ anniversary: An effort to shape narrative? 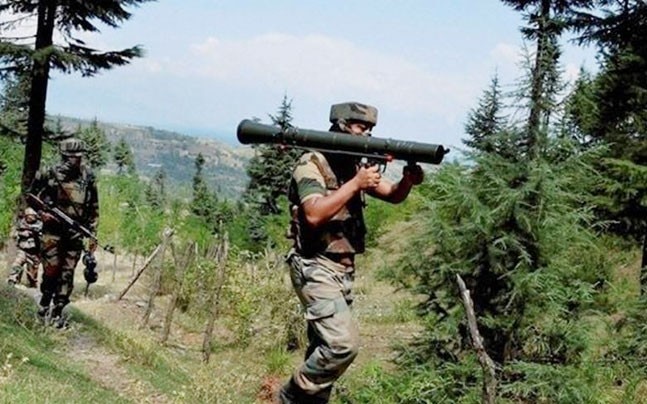 Marking the first anniversary of supposed ‘surgical strikes’ conducted by Indian special forces across the Line of Control (LoC) in Azad Kashmir on September 29, India is set to launch a book giving an account of its ‘feats’ carried out in that operation. Through this book, India strives to legitimize its narrative of the ‘strikes’.

The book, “India’s Most Fearless: True Stories of Modern Military Heroes” has been penned by the noted Indian journalists, Shive Aroor and Rahul Singh. It gives a heroic account of the operations that were aimed to decimate the terror launch pads, which according to the writers, are established by the Pakistan Army to infiltrate terrorists across the border.

Despite the Indian claims, fact points out the incident as a typical skirmish that occurred on the LoC and has been considered as a tactic to placate the resentful Indian citizens

The strikes were supposed to be the retribution for the killing of 17 soldiers in Uri in 2016. The story has been told through a heroic fictional character; Major Tango and brings a sensational outlook of the entire incident.

The book contains fourteen stories depicting heroism on part of the Indian soldiers in the onerous tasks during discharging of their duties. However, through this book, Indian establishment has again strived to establish the credibility of its claims regarding the surgical operations. It has remained adamant despite their refusal time and again by Pakistan who labeled this as heavy firing carried out by the Indian Army.

Read more: Modi’s ‘Surgical Strikes’ On Whom? & Why?

Maj. Gen. Asim Bajwa, the then Director General of the Pakistan military’s media wing further said, “how is it possible that the target of a ‘surgical strike’ has no idea it took place?” As per a Pakistan military officer at Chhamb, near LOC, the attack was thwarted. “They ran back, leaving many dead bodies on their side,” he said.

Apart from the fiery exchanges between the two states, the United Nations Military Observers Group in Indian and Pakistan (UNMOGIP) also negated the happening of any such event. Stephane Dujarric, the spokesperson for the UN’s then General Secretary, Ban Ki-Moon said, “the UN Military Observer Group in India and Pakistan (UNMOGIP) has not directly observed any firing across the LoC related to the latest incidents.”

The UN refusal to confirm the Indian claims were met with great anguish and resentment in India, as visible by the statement of its permanent representative at the UN, Syed Akbaruddin, “Facts on the ground do not change whether somebody has observed it or not.”

The strikes were supposed to be a retribution for the killing of 17 soldiers in Uri in 2016. The story has been told through a heroic fictional character, Major Tango and brings a sensational outlook to the entire incident

The term, surgical strike, is referred to as a military action which aims at a specific target leaving minimal or no collateral damage in terms of surrounding structures. Another feature that is conditioned with this term is that it always involves air power. According to the security analyst, Hasan Askari and Sandeep Singh, the surgical strikes go deep into the enemy territory and typically use air power.

This feature can be observed in all the prior instances of surgical strikes carried out by different countries. The Baghdad Bombing during the 2003 Iraq War, the Israel bombing of Iraqi nuclear reactor in 1981, and numerous strikes undertaken by the US in Afghanistan are the examples of surgical strikes all of which involved the use of air power.

Despite the Indian claims, facts prove that the incident was a typical skirmish that occurred on the LoC and has been considered as a tactic to placate the resentful Indian citizens who were demanding action after the attack on Indian military base in Uri.

Previous articleWhy no impeachment of CIA officials for conspiring to murder Castro ?
Next articlePakistan clinch the historic Independence Cup; Afridi, Misbah get farewells