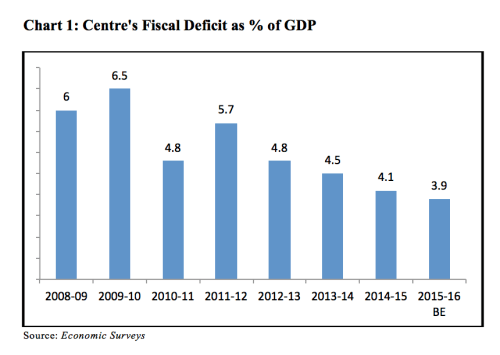 On Tuesday, Finance Minister Arun Jaitley announced an unprecedented Rs 2.11 trillion (32 billion$) recapitalization programme for public sector banks intended to address the impact of growing bad loans on banks’ books. The move has been seen as a long awaited government response to the doubtful debt crisis brewing in the Indian banking sector.

Of the total, Rs 1.35 trillion is expected to come in the form of recapitalization bonds – easily the biggest recapitalization programme announced to date – while the rest will come as budgetary support from the government and through sales of stake by the banks themselves.

The thrust to infrastructure will generate direct and indirect positive cascading effects for lot of related sectors and will create feel-good factor for all stakeholders.

The funding is seen as a response by the government to revitalize the banks on one hand and do not increase the fiscal burden on the government. The burden on the Indian government is a question in many minds. Finance Minister Arun Jaitley was asked whether the recapitalization bonds will exert any pressure on the fiscal deficit this time around, the remaining non-committal responded that it would be a function of the nature of these bonds, something that the government will deliberate over.

The finance minister further added that globally, these bonds were typically treated to be under the line, i.e. not a part of the fiscal deficit, but added that in India, it was the other way around. The government will issue recapitalization bonds that will be bought by the lenders. Once the government has the subscriptions, it will return the funds into the State Bank of India, Punjab National Bank and a score of other lenders as equity.

The move has been seen as a welcome move by many. According to observers, the move will generate balance in overall demand and supply by bringing more investments in sectors like infrastructure.

Still, this will be insufficient for the capital-starved banking system to meet Basel III requirements alongside the provisions needed to be completed against a severely damaged collection of corporate loans. To remedy this, New Delhi will add a maximum 760 billion rupees over two years from its own budget. The move has been welcomed by many. According to observers, it will generate balance in overall demand and supply by bringing more investments in sectors like infrastructure.

The funds will also help in efficiently managing risk and credit capital related requirements of the banks. The government has also decided to enhance spending on roads and highways in a strategic manner including port connectivity, border, and cross-border roads will have a “big multiplier impact” on economic growth. The step is also expected to also encourage private participation thus boosting growth going forward.

The thrust to infrastructure will generate direct and indirect positive cascading effects for lot of related sectors and will create feel-good factor for all stakeholders. The Industry body Confederation of Indian Industry (CII) also welcomed the move which it said will kickstart the credit cycle and facilitate private investments.