Indian Army Chief made headlines with his provocative statements on occupying Azad Jammu & Kashmir and Gilgit Baltistan, and claiming that Azad Jammu and Kashmir is “under the control of terrorists”. 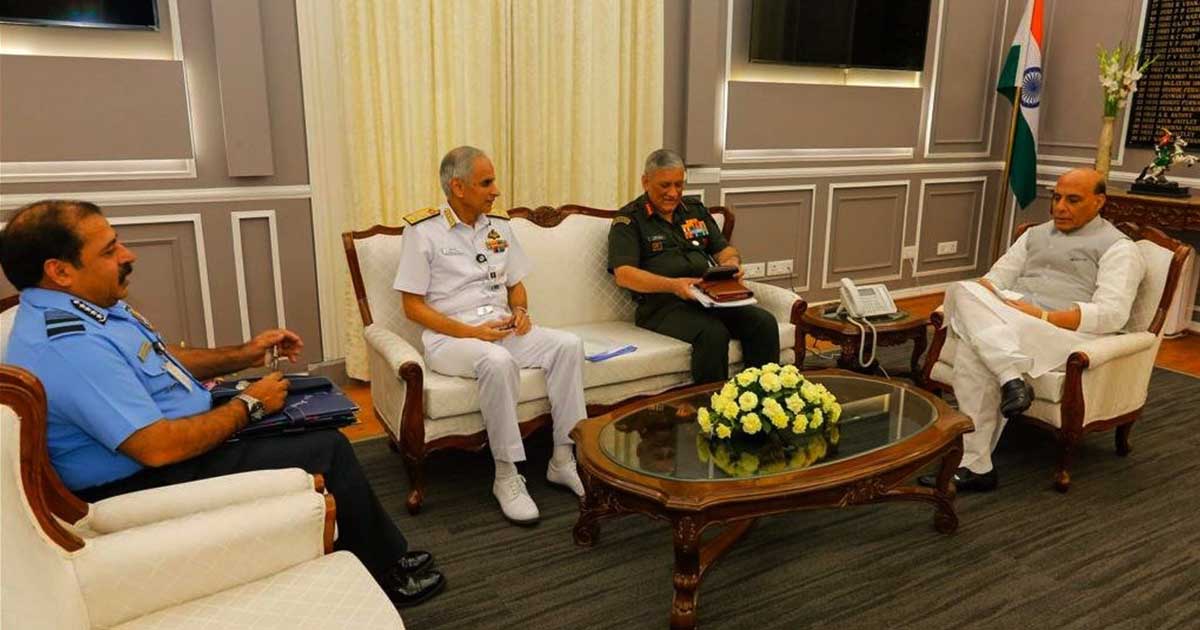 Reports suggest that this meeting comes during the tense background of military strife along the Line of Control (LoC). India continues to blame Pakistan for undertaking “ceasefire violations to infiltrate terrorists” despite its own heinous targeting of civilians in Azad Jammu & Kashmir.

AJK is Ours: Rawat

Addressing a ceremony of the launch of the honorary postal stamp for India’s Siachen Warriors, General Bipin Rawat made a series of irresponsible and inciting statements with regards to Azad Jammu and Kashmir (AJK) and Gilgit Baltistan.

He said, “Pakistan occupied Kashmir (PoK) is ours”.

Discussing the abrogation of occupied Kashmir’s special constitutional status, General Bipin Rawat said that Article 370 was a “temporary provision in the Constitution of India.” He claimed that “Gilgit Baltistan and PoK have always been a part of India”.

Rawat alleged that AJK is being “illegally controlled” by Pakistan, and further added that AJK is “under the control of terrorists”.

Commenting on Article 370 of the Indian Constitution, Rawat claimed, “In Article 370’s subparagraph three, it is very clearly mentioned that it is temporary in nature. When Article 370 was introduced with the word ‘temporary’ then there was no objection from Pakistan.”

No @majorgauravarya, killings were on ground like shooting down 2 IAF jets. Here are only few proofs with salute to killed ones as a soldier.Plz don’t disown their sacrifices. Actually ur COAS is embarrassing Indian nation through repeated false claims. What a cost to become CDS. https://t.co/a83io0LVom pic.twitter.com/8BDzLUTIBp

“This article has been amended twice, where the leadership of Jammu and Kashmir was designated to the Sadr-e-Riyasat, later on, the Prime Minister and then the Chief Minister. Therefore, why is it that Pakistan has suddenly woke up and raised the ante on the abrogation of Article 370?”

The Indian Army Chief continued, “This is because this territory that has been illegally occupied by Pakistan is not controlled by the Pakistani establishment, it is controlled by terrorists. PoK is actually a terrorist-controlled part of Pakistan.”

Director-General Inter-Services Public Relations (ISPR), Major General Asif Ghafoor, has, time and again, countered the “embarrassing” statements and false claims made by the Indian Army Chief General Bipin Rawat, chiding him for being an embarrassment for the Indian nation.

Last week, DG ISPR chided the Indian Army Chief for “provoking war” with his irresponsible statements, only to pursue the agendas of his “political masters”.

Indian COAS repeatedly provoking war through irresponsible statements endangering regional peace for electioneering of political masters. From fake surgical strike todate his only success has been to turn Indian Army into a rogue force and getting them killed.(1of2).

Major General Asif Ghafoor said, “Indian COAS repeatedly provoking war through irresponsible statements endangering regional peace for electioneering of political masters. From fake surgical strike to date his only success has been to turn Indian Army into a rogue force and getting them killed.”