Indian election: a one messy affair

World's largest saw the end of elections recently. This was a race in which every contender badmouthed the other. Insults were thrown and threats found their way in. Muslim community was targetted most of all, being it the best way to win the sentiments of the Indian population. 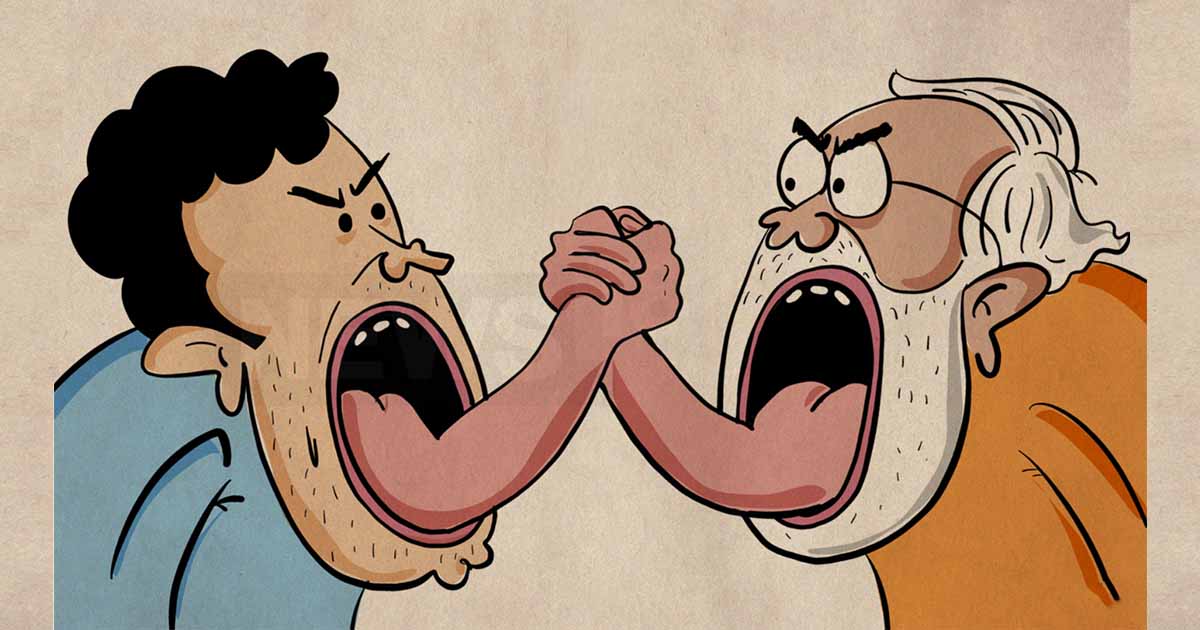 India’s mammoth election, the biggest in the world, was a frequently bad-tempered affair and awash with insults.

Ahead of the vote counting and results due on Thursday, AFP looks back at the worst of the mudslinging during almost six weeks of campaigning.

Modi, 68, dismissed Gandhi – scion of the hugely influential Nehru-Gandhi political dynasty – as a privileged “shehzada” (prince) in contrast with his own humble origins.

Gandhi, 48, called Modi a “liar” over an allegedly corrupt French defense deal and coined the slogan “chowkidar chor hai” (the watchman is the thief).

But Modi deftly turned the tables by changing his Twitter handle to “Chowkidar” (watchman) Narendra Modi, using it to bolster his image as the only candidate who can defend India.

For many, Modi went below the belt when he attacked Gandhi’s father – former premier Rajiv Gandhi, who was assassinated in 1991 – as “corrupt number 1”.

“Narendra Modi used hate and we used love and I think love is about to win (this election),” Gandhi responded. However, some of Modi’s other opponents showed no such restraint.

Mamata Banerjee, the formidable leader of the key eastern battleground state of West Bengal, called Modi and the president of the BJP, Amit Shah, “top goons”.

She then compared the duo to Duryodhan and Dushshasan, the main villain and his younger brother in the Hindu epic Mahabharata, before threatening Modi with a “slap of democracy”.

Killer of independence hero Mahatma Gandhi “was, is, and will remain a patriot”. People who call him a terrorist should search their soul. They will get the answers this election.

Shah, who compared illegal immigrants in parts of India to “termites”, had vowed: “We will remove every single infiltrator from the country, except Buddha, Hindus and Sikhs.”

And Mayawati, the charismatic head of a key regional party in India’s Uttar Pradesh state, took a dig at Modi separating from his wife decades ago.

“How can he (Modi) respect others’ sisters and wives when he left his own innocent wife for political gains,” she asked.

Khaki is the color associated with the uniform of the RSS (Rashtriya Swayamsevak Sangh), a hardline Hindu group from which the BJP originated.

Yogi Adityanath, the Hindu monk and firebrand BJP chief minister of Uttar Pradesh, was briefly banned when he compared the election to a battle between Ali, a figure in Islam, and the Hindu god Hanuman.

Twitter reportedly also removed a tweet by Adityanath saying Congress was infected with a “green virus”, the color associated with Muslims in South Asia.

Maneka Gandhi, the widow of Gandhi’s uncle Sanjay, received a 48-hour ban for appearing to tell Muslims not to expect any favors if they didn’t vote for her.

There was worse. Raj Thackeray, a fiery local politician in the western state of Maharashtra, likened Modi to Hitler.

“What Adolf Hitler did to Germany in 1930s is going to be replicated in India if Modi and Shah return to power,” he told a rally.

"Modi-Shah pair can be dangerous for our Indian democracy" – Raj Thackerayhttps://t.co/tSmDwnJqBT

Vaiko, the head of a regional party in Tamil Nadu in the south, added another World War II dictator to the mix: “Why is Modi talking in the language of Hitler and Mussolini?”

Former Bihar chief minister Rabri Devi called Modi an “executioner” and one of the “insects of the gutter”. And Satpal Singh Satti, head of the BJP in Himachal Pradesh state, called Gandhi a “motherfucker” at a public rally.

But perhaps the election’s top prize in this category goes to Pragya Singh Thakur who – despite facing terrorism charges over a deadly 2008 bomb attack outside a mosque – is the BJP candidate in Bhopal.

Thakur said the former anti-terrorist squad chief who arrested her deserved to die in the 2008 Mumbai attacks. “He falsely implicated me and treated me very badly. I told him that his entire dynasty will be wiped out and he died of karma,” she said.

Last week she went too far even for Modi. She said the killer of independence hero Mahatma Gandhi “was, is, and will remain a patriot”.

“People who call him a terrorist should search their soul. They will get the answers this election,” she added. She later apologized.

Is coffee bad for the heart or not?