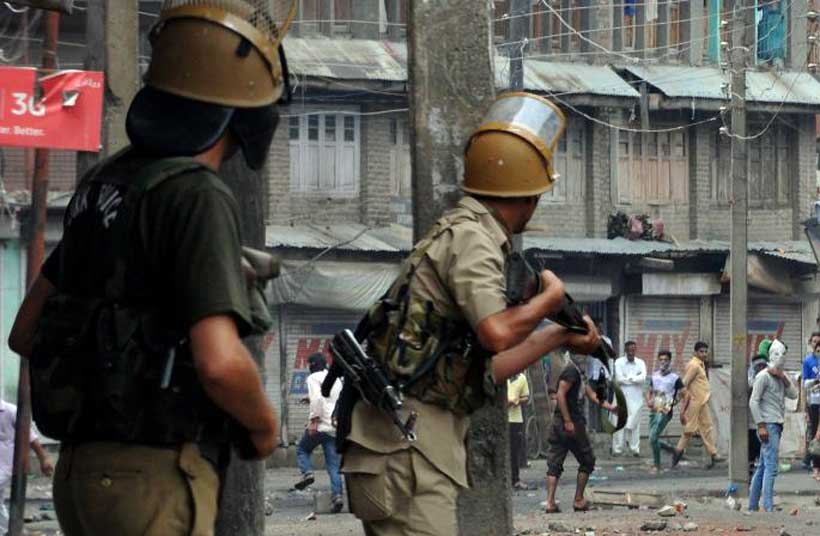 Indian Prime Minister Narendra Modi inaugurated an 11-km-long tunnel in Indian-Held Kashmir on Sunday. The estimated cost of the tunnel is around 37.2 Billion Indian rupees.

Speaking at the event, Modi said, “While on one hand, the youth in Kashmir were busy pelting stones; on the other, some youth were breaking stones to carve out this tunnel.” Modi made certain references to the unrest in the state that followed a security force raid, killing Hizbul Mujahideen commander, Burhan Wani last July. PM Modi said that fighting and atrocities have done nothing for Kashmir in the last four decades. He encouraged the youth to take part in recent developmental projects started in Kashmir by the Indian government.

Response of the Kashmiri Leaders

However, Kashmiri nationalist, responding to Modi’s speech, Yasin Malik, Jammu and Kashmir Liberation Front Chairman, said that roads and tunnels cannot make a nation change its course along the struggle for freedom.

”I would prefer incompetent poor independent rule over a competent and wealthy forcibly controlled nation.”
– Gandhi’s reply to the British

It was the British who developed the Indian railway system and irrigation canals that are still benefiting the entire South Asia. He went on to say that if the standards of Modi were to be applied, then the British should never have left India, and Gandhi, Nehru, Subash Chander Bose, Baghat Singh, and Moulana Azad would never have strived for the freedom of India.

Yaseen Malik used the same logic for Modi that Gandhi once used against the British when he was asked, how poor Indians will survive independently? Gandhi’s reply was very straightforward: ”I would prefer incompetent poor independent rule over a competent and wealthy forcibly controlled nation.”

Eighty people were reported dead and more than 10,000 left injured by the pellet guns.

The year 2016 witnessed renewed protests in the Kashmir Valley. There was an outpouring of people – the young and the old, women, men and even children – on the streets of the Valley. The military, paramilitary, and police resorted to the use of pellet guns to control the protesters and disperse crowds, hundreds were killed and thousands injured. The police justified their use as necessary to counter the stones flung by protestors.

Pellet gun usage is a gross violation of human rights including the rights related to life, personal freedom, livelihood, and work, which are all severely curtailed.

The intentional use of pellets, despite the evidence of harm, amounts to torture. Even though India has not ratified the UN Convention against Torture, as a signatory to it, the usage of pellet guns in this fashion falls under the category of torture.

The International Covenant on Civil and Political Rights, in its Article 7, states, “No one shall be subjected to torture or to cruel, inhuman or degrading treatment, or punishment”. Accordingly, pellet gun usage is a gross violation of human rights, including the rights related to life, personal freedom, livelihood, and work, which are all severely curtailed. The continued use of pellet guns by the Indian government is, by no means, justifiable.

Read more: Kashmir: A crisis the world wants to ignore

Narendra Modi, notorious for his anti-Muslim sentiments, authorized the use of pellet guns to curb peaceful Kashmiri demonstrators protesting over the killing of a young freedom fighter, Burhan Wani. This act of the PM caused an unfathomable damage furthering the furor among Kashmiri youth. Now Modi wants Kashmiri youth to give up their freedom struggle against the occupying forces.

India has long been trying to portray Kashmir’s freedom movement as ‘terrorism’. The Kashmiri youth, however, has not forgotten the sacrifices of their forefathers. Neridara Modi is wrong to believe that expensive development projects can bribe and distract Kashmiri youth, making them forget the hundreds and thousands of innocent killings, rapes, and atrocities committed by the occupying forces over the past 40 years.

Is Mehmood Khan’s nomination as CM a first sign of Imran’s compromise?

Iraq Protests: Tug of War between Iran & US over Dead Bodies