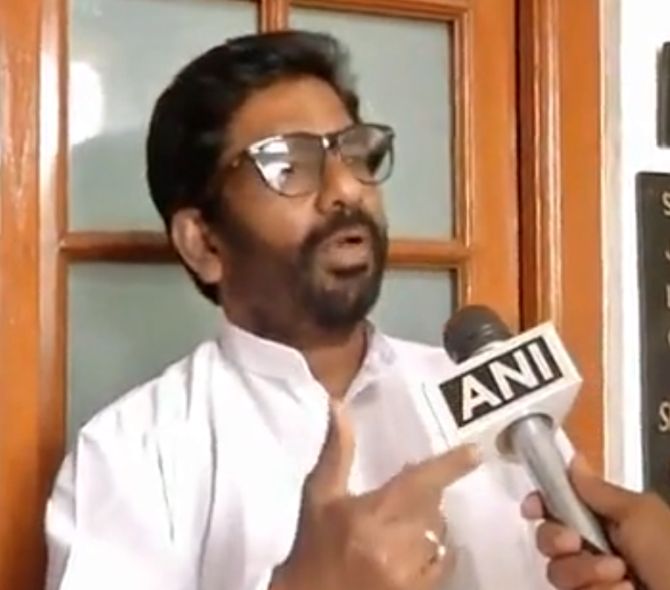 Ravindra Gaikwad, a member of the Indian parliament, attacked an Air India staff member with his slippers. He explains that the reason for this was his being relocated from business class to economy class and when he argued about this, a “mere” manager had asked him to disembark from the plane as it had to leave for Goa with 115 passengers who were waiting to board.

The MP had questioned why he was asked to travel on the economy seats while he had paid the ticket for business class.

R. Sukumar, Duty Manager of Air India, filed a complaint explaining that the MP would not get off the plane as requested. Sukumar explained in his case further that the MP had an issue with him because he spoke to the MP in English, and the MP had later started thrashing him with his slippers. Gaikwad later accepted that he had, in fact, really beaten the manager with slippers.

Read more: ‘Muslim Women Should be Taken from their Graves and Raped” Where is Uttar Pradesh Headed Now?

A video uploaded by Times Now shows Gaikwad pushing the duty manager off the plane while a worker exclaims “No no, don’t do that sir, don’t do that.” The Air India staff member is also seen trying to calm Gaikwad down by reminding him that he is the representative of the country and has worked hard to get here. To this, MP is seen responding that he has no regrets for using his slippers on the manager and that he expects the Air India CMD to come to him to apologize along with Sukumar.

The Duty manager ended his file writing: “God save our country if this is the culture and behavior of our MPs.” – Sukumar

The report issued by the Deputy GM (Commercial), Harendra Singh, emphasizes that the MP had requested one of the top managing employees of Air India to come on board and solve the issue. The MP had questioned why he was asked to travel on the economy seats while he had paid the ticket for business class.

This is not the first time Air India has had troubles with traveling MPs. In the past, the airline has been ignoring incidents which involve the MPs’ treating the airline as their very own property and delaying flights.

Gaikwad himself is not free from any controversies in the past. Back in 2014, 11 MPs, including Gaikwad, were involved in force-feeding a Muslim passenger who had been fasting during Ramadan.

Delhi police will be seeking legal opinion on whether or not to file a FIR against the Shiv Sena MP who accepted that he had not used his slipper once but hit the manager with slippers “25 times”.

Will not take a second to give up British citizenship if PM orders: Sayed Zulfikar Bukhari