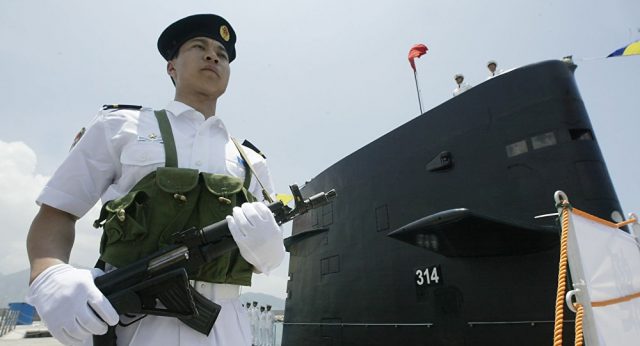 Indian Ocean is the world’s third largest body of water and renders substantial contribution in feeding one-third of the world’s population. Its idiosyncratic location, maritime trade routes; especially oil, its strategic choke points, and abundant natural resources have made the region of unparalleled significance. As per the Journal of Indian Ocean Region, over 80% of world’s maritime transit trade in oil is carried out through this ocean. The Indian Ocean through its sea routes, to the east, connects Middle East, Africa, South Asia and other Asian regions and towards the west, with the Europe. The Indian Ocean Region (IOR) has gained incredible importance recently due to the dividends offered by the ocean.  The Indian Ocean Region is rapidly improving in agricultural production and has become a hub of remarkable industrial activities leading to significant economic growth.

It was probably due to these unique factors that the renowned American naval strategist Alfred Thayer Mahan had once declared: “Whoever controls the Indian Ocean will dominate Asia. This ocean is the key to the seven seas in the twenty-first century, the destiny of the world will be decided in these waters.” Mahan’s assessment in this regard has virtually proved its veracity as today the geopolitics of the IOR as well as the regional and extra regional powers’ entanglements have become among the most serious concerns for regional peace and stability. As the IOR is already home for more than half of the world’s armed conflicts, the ever increasing trends of massive militarization and nuclearization of the ocean is alarming for the long-term security and economic activity of the IOR.

US military in IOR

Now-a-days, the naval presence of all major seafaring powers can be seen in Indian Ocean waters; however, the US was the first to established its military base in the island Diego Garcia after the British withdrew its forces in early 60s.The unfortunate inhabitants of Diego Garcia were thrown off their island to make the way for the US military base pushing the natives into what they had felt as the ‘unbearable sadness’. The American initiative was initially to counter the growing USSR influence in the IOR. Currently the US has heavy military presence in the area. It is maintaining 5th fleet, task force-50 and the Diego Garcia in now America’s principal military base and the most powerful satellite surveillance centre, to keep an eye on its operations around the globe.

The littoral states, however, viewed these developments in the ocean with deep suspicions. Led by Sri Lanka, all the regional stake holders forwarded the Indian Ocean ‘Zone of Peace’ initiative. In this regard, the case was taken up with the United Nations and on 16 December 1971, its General Assembly voted for the ‘peace’ with 61-0 while having 55 abstentions. The move is considered paramount to declare the Indian Ocean Zone of Peace. Afterwards, to reaffirm the idea the General Assembly on December 15, 1972, passed a resolution by even a stronger majority of 95-0 with only 33 abstentions.

An Ad Hoc Committee of fifteen nations was also constituted to analyze its impact and outcome. The main objective was to eliminate the chances of war to the maximum by taking measures to protect the area from any military adventures from the extra-regional powers and secondly to establish peaceful ties among the regional states to completely avoid any military confrontation in the waters. China’s proactive role in this regard is commendable. There is no second opinion that to fulfill the dream of peace zone, the promotion of regional economic integration and strategic balance is more than imperative.

In contrast to the spirit of ocean of peace, India, one of the major littoral states, initiated an unprecedented naval buildup with a vision to turn Indian Ocean into India’s Ocean. It does so mainly by allocating more and more budget to its war fighting capabilities; conventional as well as strategic. The whole idea of Indian Ocean Zone of Peace has been flunked by the self obsessed regional and global hegemony of India and the United States. Ironically, one is world’s largest arms exporter and the second is the largest importer. India and US have transformed this buyer-seller defense relationship into a strategic alliance in the Asia-Pacific and Indian Ocean Region through numerous maritime agreements.

Indian Ocean as a Zone of Peace was indeed a great concept and must now be given a chance. It is very crucial not only because the ocean is lifeline for world’s highest populous countries, but also because the regional two arch-rivals possess strategic weapons.

Under these various agreements, Indian military has been authorized to use all the American bases and facilities in the region including in the Persian Gulf. Moreover, India’s logistics exchange agreement with France will also give India with the leverage to use all French maritime infrastructure and facilities including the bases at Djibouti on the Red Sea and at Réunion in the southern Indian Ocean. So India, other than its own naval modernization, has achieved access and permission to already present maritime facilities of the major maritime powers in the Indian Ocean.

India’s massive naval modernization and its approval of $16 billion for nuclear powered submarines and naval warships have rung alarm bells in the region. Then its unabated aspiration for Blue Water Navy and plans for development of more than 160 ship navy, 3 aircraft carriers and more than 40 warships and submarines including anti-submarines corvettes and stealth destroyers should not be a matter of no less serious concern for Pakistan and the Asia’s relatively smaller states.

The regional players must amass the massive anticipated benefits offered by the China’s economic vision. Adventurous gambling of any sort in the ocean must be discouraged by world’s great powers because only a delicate regional balance might ensure peace and prosperity of the whole Indian Ocean Region.

India also took the first step of nuclearization of the ocean on March 2016, by conducting a test of its indigenous intermediate range Submarine Launched Ballistic Missile (SLBM) K-4 without prior information to Pakistan as both the South Asia nuclear states are in an agreement on ‘Agreement on Pre-Notification of Flight Testing of Ballistic Missiles’ from 2005. The strategic balance was abruptly disturbed by the development besides inflicting a severe blow to the ‘Zone of Peace’ initiative.

The naval modernization of Indian navy is in line with Delhi’s ambitions to exert more control over some maritime chokepoints including the most important the Strait of Hormuz, Malacca Strait and the Mozambique Channel. India is building up its naval and air bases in 300 islands of Andaman and Nicobar, to occupy one end of the Malacca Strait.

Containment of China in IOR

India is making exhaustive efforts to get hold over Iranian Chabahar port with the intent to accrue some lucre from the anticipated dividends of the Gwadar port. In this regard, India trying its maneuverability to outplay Sino-Pak collaboration and seems eager to play a decisive role in completing America’s ‘containment of China’ diagram. So much so that to vanquish Chinese Belt and Road initiative, US has accelerated its work on the ‘New Silk Road’ in which India’s pivotal role has been expected. India is happened to have fully trusted in the theory of ‘relative gains’ of Intentional Politics as far as its matters with Pakistan and China are concerned.

Therefore, the militarization of the Indian Ocean and the impending scrimmage between India and China has become a matter of vexation for all the ocean’s littoral nations. China is engaging with smaller states with its soft power military diplomacy to counterbalance the Indo-US cahoots and to maintain a balance for peace and stability. It is because only peace is in China’s best interests for long term economic integration and growth. So, Chinese military presence in the region is not for hegemony or influence but to secure its trade routes and infrastructure. For the construction of various projects such as roads, dams, railways, power plants, China is offering loans to the littoral states on easy repayments.

Pakistan’s stakes, on the other hand, for the ocean’s peace are the highest as its 95% of trade is done through the ocean (Arabian Sea) and 100% its Oil, lubricants is traded through these troubled waters. Pakistanis,  therefore, a staunch resistant to the current trends of militarization and nuclearisation of the ocean as “the militarization of the Indian Ocean region, proliferation of weapons of mass destruction, increased missile capabilities and power projections by foreign militaries are a threat to peace in the Indian Ocean region. And this trend is likely to intensify in the coming years.”

However, keeping a closer eye on the India’s military developments, Pakistan’s military leadership is left with no other option but to remain vigilant and to channelize all possible resources to neutralize the Indian maritime moves whatsoever. For instance, to reassure the credible deterrence in the wake of India’s test of SLBM K-4, recently Pakistan tested the nuclear-capable ‘Babur’, a submarine-launched cruise missile (SLCM), with the range of 450 km. The vitality of the test to further whet the credibility of country’s “second strike capability” can never be overestimated. Pakistan with its limited resources is trying hard to maintain strategic parity with Indian in the Indian Ocean.

Indian Ocean as a Zone of Peace was indeed a great concept and must now be given a chance. It is very crucial not only because the ocean is lifeline for world’s highest populous countries, but also because the regional two arch-rivals possess strategic weapons. Chinese initiatives are open for all and they must not be politicized. The regional players must amass the massive anticipated benefits offered by the China’s economic vision. Adventurous gambling of any sort in the ocean must be discouraged by world’s great powers because only a delicate regional balance might ensure peace and prosperity of the whole Indian Ocean Region.

The writer is an independent research analyst based in Islamabad and contributes for various magazines. He is an M.Phil scholar at School of Politics and International Relations, Quaid-i-Azam University Islamabad. The views expressed in this article are authors own and do not necessarily reflect the editorial policy of Global Village Space.

Pak-China Armed Drone deal and its implications for the region