Indian official refuses to be civil at the ICJ 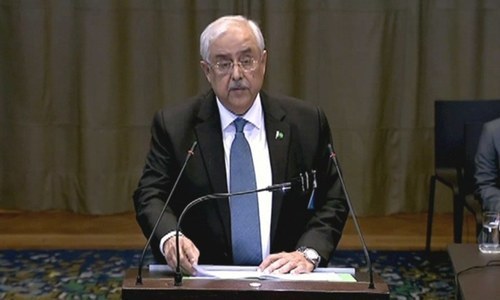 Deepak Mittal, an official of India’s Ministry of External Affairs, refused to shake the outstretched hand of Mohammad Faisal, Pakistan’s DG for South Asia and SAARC.

Amid rising tensions, delegations from India and Pakistan came face to face at the International Court of Justice on Monday. This display of passive-aggressive hostility highlighted the tense atmosphere which pervaded the proceedings.

Mr. Mittal had previously shaken hands with Pakistan’s Attorney General but then refused to shake Mr. Faisal’s offering a namaskar instead.

Read More: If Pakistan goes to the ICJ mala fide interests are at…

This goes to show the depth of animosity which has penetrated the relations between Pakistan and India. Even at an international forum, representatives are not civil.

The case currently in front of the ICJ was put forth by India in an attempt to rescue the Indian national and convicted spy Kulbhushan Jadhav. In the confessional statement released by ISPR in 2016, Mr. Jadhav, a serving Indian naval officer revealed that he is a spy working for premier Indian intelligence agency RAW.

Will Motorcycle Girl be the next success after ‘Cake’?