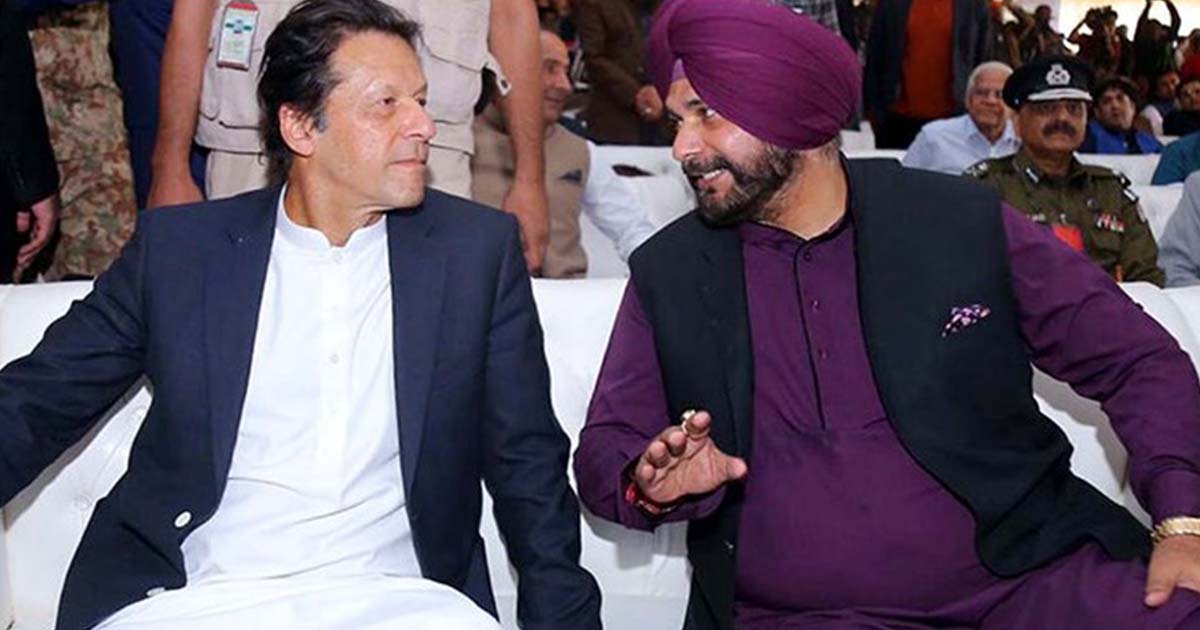 The Sikhs from across the world are releasing Punjabi Tappay (local songs), expressing admiration and reverence for Imran Khan and Navjoth Singh Sidhu on social media. Scores of melodious ‘Tappays’ released by the Sikh community are making rounds on social media. As excitement mounts ahead of the Kartarpur Corridor inauguration, the elated Sikh devotees are making various expressions of love and respect for Pakistan.

Following the release of Tappay, a video of hoisting a Pakistani flag at a house in Jalandhar pinged around on Twitter.

Pakistan has won over the Sikh community across the world with the construction of the world’s largest Gurdwara Darbar Sahib in Kartarpur, Narowa, Pakistan.

This is not #Pakistan but Jalandhar #Punjab India. Sikh community’s tribute to PAK, after #Kartarpur initiative. Thanks to @ImranKhanPTI
https://t.co/J876zuUJqK

With Kartarpur opening, Pakistan has hit a six that too out of the park. Sikh community from every single part of the world, is all praise for the govt of Pakistan, and have become our ambassadors. Let's built on it.

A day earlier, the hoarding hailing PM Khan and former cricketer Navjoth Singh Sidhu were put up across Amritsar city.

The hoardings hailed PM Imran Khan and Navjoth Singh Sidhu for the Kartarpur Corridor project. The message in a local language expressed love and affection for both the celebrated figures. The messages on the billboard cheered them as heroes for commencing a peace initiative between the two countries.

The media stated, the hoardings were put up by Amritsar Municipal Councillor Harpal Singh Verka who is known to be close to Sidhu. Sidhu, who is himself a Congress leader, is the staunch critics of PM Modi’s policies.

The billboards appeared on Tuesday afternoon but were taken down within an hour by the authorities.

Global Sikh community is eternally grateful to the people of Pakistan and Pakistan administration @ImranKhanPTI for an amazing effort to complete the Kartarpur Sahib corridor project for its inaugural on November 9. Thank you Prime Minister Imran Khan 🙏

His announcement of special waivers for the Sikh pilgrims earned him further respect from the community. To facilitate the Sikh pilgrims, he asserted that the travelers from Kartarpur Corridor would not require a passport as long as they have a valid National ID card. He also waived the requirement for pre-registration of visitors 10 days in advance, and that no fees would be charged on the day of inauguration and Baba Guru Nanak’s 550th birth anniversary.