The Indian Supreme Court has referred petitions challenging the abrogation of Article 370 by Modi's BJP Government. A five-judge constitution bench will chair the hearing regarding the abrogation of special status for occupied Kashmir scheduled for the first week of October. 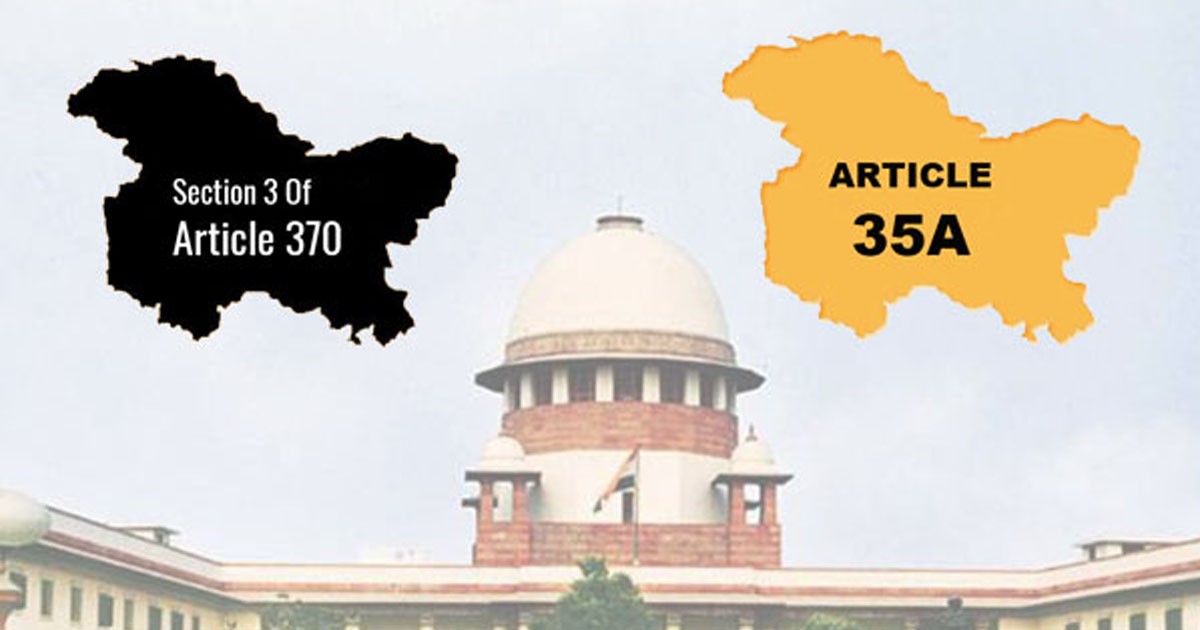 The Indian Supreme Court on Wednesday referred petitions related to the abrogation of the special status for occupied Kashmir to a five-judge constitution bench for hearing in the first week of October.

The petitions challenge the Modi government’s unilateral decision to revoke the constitutional Article 370 and subsequently, Article 35-A; unlawfully integrate the autonomous land into Indian Territory; and the imposition of curfew and communications blackout in Indian occupied Kashmir.

The move has been condemned internationally and by opposition leaders in India. Several opposition parties in India came together demanding the release of detained political leaders in Jammu and Kashmir. The protest, on the initiative of Dravida Munnetra Kazhagam (DMK), a dominant regional party in southern most province of Tamil Nadu, saw main opposition Congress; the Left and others, joining to express solidarity with the people of Jammu and Kashmir.

Addressing the gathering, top Left leader Sitaram Yechury, said the Prime Minister Narendra Modi and his BJP government have manipulated the constitution, by handing over Jammu and Kashmir to the military. Senior Congress leader Ghulam Nabi Azad, who is from Jammu and Kashmir, lamented that he was not allowed to visit his home town.

Former Chief Minister Ghulam Nabi Azad accused the Modi administration of using back door channels to usher in law to abolish the Article 370. He said, as quoted by The Hindu, “There is something grave happening in the State, which this government is trying to hide. The media is not allowed to telecast the truth.”

The Leader of the Opposition in the Rajya Sabha continued, “We must recognize that this is no democracy. If we fail to understand this, then we are living in a fool’s paradise.” Azad cited the policies of former Prime Minister Atal Bihari Vajpayee, and lamented that had Vajpayee been in the Prime Ministerial office, such a violation would have never occurred.

“I tried to visit the state twice but was sent back,” said Azad, who is also a former chief minister of the region. Another Left leader D Raja, said democracy has been strangulated in the country. The political parties adopted a resolution demanding immediate release of public representatives and innocent civilians.

Pakistan’s Prime Minister Imran Khan has announced that he will be Kashmir’s ambassador globally and will raise the issue during the United Nations General Assembly (UNGA) meeting in September. In a nationally televised address, Prime Minister Khan said the decision by the Modi government would prove to be a historic blunder and an opportunity for the Kashmiri people to get their freedom.

PTI’s Ehsaas Program: How can provinces play a decisive role?