National Register of Citizens (NRC) is a scheme launched to curb illegal citizenship in India. Recently, under the law, a war hero was sent to a detention center in Assam calling him 'Foreigner'. Supreme Court was swift in taking notice of the issue and asked for a probe. 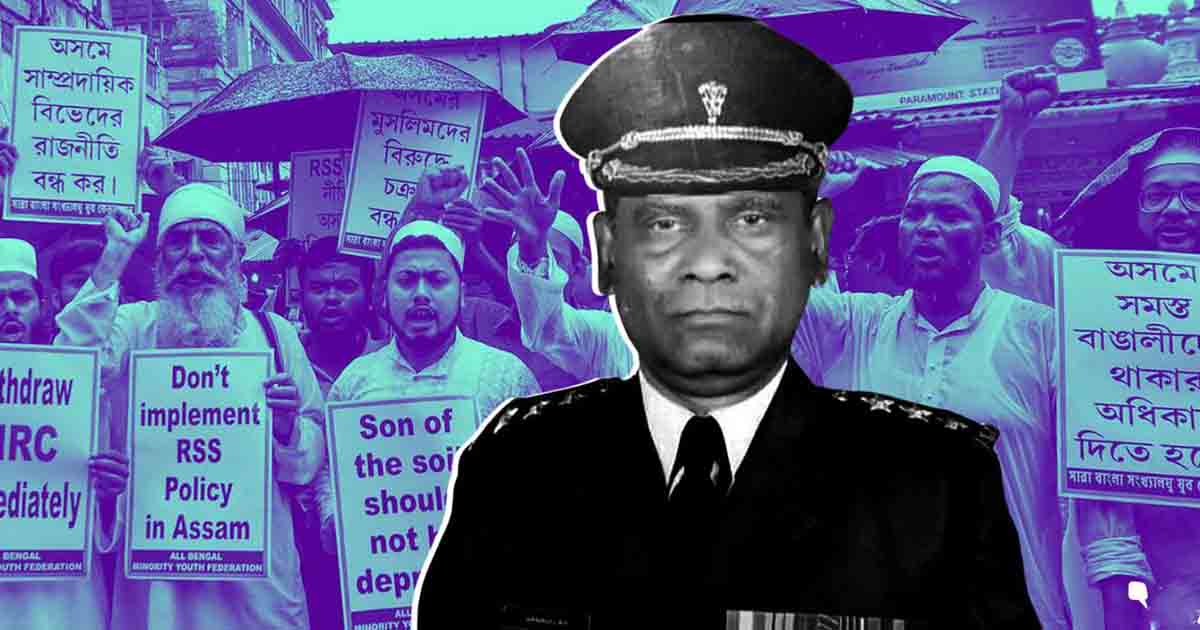 A retired army officer in India’s northeastern state of Assam has been sent to a detention center after being deemed a “foreign national”.

Mohammad Sanaullah served in the Indian Army for 30 years.

After being declared a non-citizen on Wednesday by a foreigners’ tribunal, he was sent to a detention center by police.

A retired soldier serving 30 years in the Indian Army has been declared 'foreign'. Mohammed Sanaullah of Assam remained a full-time army leader for a long time. Army also made an honorary Lieutenant. But the Foreign Court of Assam declared him foreign. #AssamNRC #IndianArmy pic.twitter.com/8bl4XCAIcU

Since retiring from the army in 2017, Sanaullah has been working for the Assam border police, which deals with identifying and deporting illegal migrants.

“It is very disappointing. This is what he has been given in return for serving the country. A conspiracy was made and police gave the wrong report and the tribunal declared Mohammad a foreigner. It is a humiliation,” his cousin, Ajmal Haque, told Anadolu Agency.

There was no investigation whatsoever before accusing Sanaullah of being a foreigner. The border police prepared the verification report without even meeting him. Police in its report mentioned him a laborer

“The aim is only to harass the [Muslim] community. Why after serving 30 years in the Indian Army are they now saying he is a foreigner?”

The family is now taking legal help, he said.

Local media reported that he was declared a foreigner on May 23 and he was taken into custody on Wednesday.

Mousumi Kalita, a senior police official in the area told Anadolu Agency that he was sent to a detention center, following the orders of a foreign tribunal. “He would be released, if he gets bail from the high court,” he said.

The NRC or the national register of citizens is unique to the border province of Assam – known for its tea gardens. The mechanism was set up in 1951, to identify illegal migrants entering into the province from Bangladesh, which was then part of Pakistan.

Over the years the indigenous Assamese groups were demanding to update the NRC, as the province had seen waves of migration from Bangladesh as well as from neighboring provinces.

In 2015, the government started a process of updating the list. According to new procedure only those people or their descendants, who have entered India till the midnight of March 24, 1971, were deemed to be recognized as Indian citizens. The cutoff date coincided with the independence of Bangladesh.

An ex-serviceman in Assam has been declared a foreigner and was sent to a detention centre.

The first draft of the list published last year declared four million people as foreigners. The list is being scrutinized currently under the supervision of Indian Supreme Court. The final list is expected to come out by July 31.

Renowned Assam-based lawyer Aman Wadud said no investigation was conducted before Sanaullah was declared a foreigner.

“There was no investigation whatsoever before accusing Sanaullah of being a foreigner. The border police prepared the verification report without even meeting him. Police in its report mentioned him a laborer.”

Earlier Border police accused him of being a "foreigner" without any investigation whatsoever.
In its verification report Police wrote that he is labourer.

The apex court on Thursday directed officers to be accurate, instead of rushing through verifying people to meet the July 31 deadline, local media reported.

Previous articleWhat to expect from Qatar’s attendance at Mecca Summits?
Next articleNorth Korea Executes its Special US Envoy as Trump-Kim Talks Collapse

25 September 2021
Previous articleWhat to expect from Qatar’s attendance at Mecca Summits?
Next articleNorth Korea Executes its Special US Envoy as Trump-Kim Talks Collapse

Pakistan may attack India through coronavirus infected men via Nepal