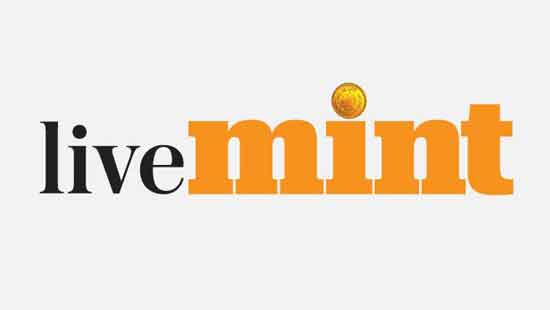 At least six police officials were killed and another was critically injured on Sunday when Maoist rebels targeted their vehicle with a bomb in eastern India, police said. The latest attack highlights that the greatest threat to Indian security is far from over.

The rebels detonated a land mine as the police vehicle ran over it in Dantewada, district of the Chhattisgarh state, said the Chief of Counterinsurgency Operations in the state D.M. Awasthi. The explosion extensively damaged the vehicle. Awasthi said the police were escorting a truck carrying material to a road construction site in a forested area when the rebels triggered the blast.

Five police officials died at the scene of the blast. Two others were critically injured and sent to a hospital, where one of them later died, police said. Reinforcements of police and paramilitary soldiers rushed to the scene and launched a hunt to track down the attackers.

The insurgency began in 1967 as a network of left-wing ideologues and young recruits in the village of Naxalbari outside Kolkata, the capital of West Bengal state, came together.

The Maoist rebels, inspired by the Chinese revolutionary leader Mao Zedong, have been fighting the Indian government for more than four decades, demanding land and jobs for tenant farmers, the poor and indigenous communities.

Naxalism is a radical communist ideology that views the Indian political system as an infected system of capitalism controlled by the bourgeoisie and analyses India as a semi-feudal country. Naxalism incorporates the principles of Stalinism and Maoism and believes that armed struggle and people’s revolution are the only way to ensure socialism and achieve the ultimate goal of communism. Since its beginning, Naxalism poses a great security threat to the dominance of New Delhi.

The seeds of Naxalism ultimately got sown with the 1967 Naxalbari Uprising. CPI(M) leaders like Charu Mazumder, Kanu Sanyal and Jangal Santhal organized a peasant uprising in a village named Naxalbari, in the geographically strategic region of Siliguri Corridor. The uprising was a result of humiliation and torture faced by the peasants in Naxalbari and surrounding areas, which was meted out by the jotedars (landlords/zamindars) and their cronies and goons.

When cries of the impoverished peasants fell on deaf ears of the government, the peasants, with support of the radical communists, took matter into their own hands. They began an armed conflict with the jotedars, seized lands and confiscated food grains.

This led to eruption of sporadic clashes across the area. The ruling United Front government dispatched state troops to control the situation which further intensified the movement. Innocent lives were taken on both sides. It is said that in the ruthless cordon and search operations conducted by the troops and police, hundreds were beaten and over a thousand were arrested.

Although the movement was suppressed, the spark of Naxalbari set aflame the fires of revolution in Srikakulam, Birbhum, Debra-Gopiballavpur, Mushahari and Lakhimpur-Kheri. The states of West Bengal, Andhra Pradesh, Bihar, Punjab, U.P and Tamil Nadu saw a big spurt in Naxalbari-inspired struggles and Maoist formations sprouted in nearly every state of India.

Today Naxals/Maoists operate across a “red corridor” stretching from the southern state of Andhra Pradesh to the central state of Chhattisgarh and into West Bengal, bordering Nepal and Bhutan.

The government has called the rebels ‘India’s biggest internal security threat.’ With thousands of fighters, the rebels control vast swaths of an area in the country. The rebels, also known as Naxalites, have ambushed police, destroyed government offices and abducted government officials for more than four decades. The insurgency began in 1967 as a network of left-wing ideologues and young recruits in the village of Naxalbari outside Kolkata, the capital of West Bengal state, came together.

Awasthi said the police were escorting a truck carrying material to a road construction site in a forested area when the rebels triggered the blast.

They have blown up train tracks, attacked prisons to free their comrades and stolen weapons from police and paramilitary warehouses to arm themselves. Last month, authorities said the troops killed at least 44 suspected rebels in multiple raids in western India.

However, it seems that New Delhi has been unable to quell the Naxalite uprising despite brutal measures. Its failure to account for inequality is the greatest factor in its failure to stop the red tide of Naxalism, who are bent on creating a just and open society.

US proposes new tariffs on EU products over Airbus subsidies