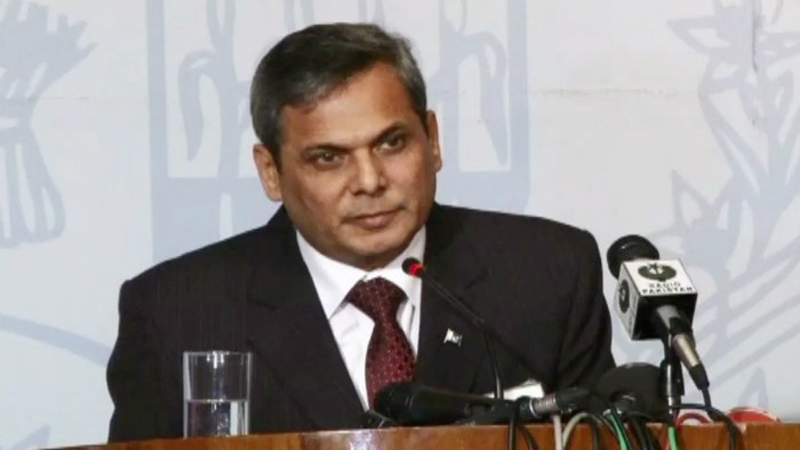 Speaking at the weekly news briefing in Islamabad, he stated that “Pakistan remains committed to the principles of peaceful existence with all of its neighbors, including India.” The foreign office spokesperson stated Pakistan had reservations on this development as Indian assertiveness over weapon development, threatens to undermine the strategic balance of power in the region.

“Pakistan remains committed to the principles of peaceful existence with all of its neighbors, including India.”

The Foreign Office stated that a huge cache of atomic weapons were stored in a ‘covert nuclear city’ in South India and inter-continental missiles are being manufactured. The office also asserted that India is in possession of a substantial amount of nuclear material.

On Wednesday, the 199th Corp Commanders meeting expressed concerns over the continued and unprovoked ceasefire violations by India along the Line of Control (LoC) and the Working Boundary (WB) as a potential threat to regional stability.

The Foreign Office representative also stated that India has been making efforts to isolate Pakistan in the world but has been “exposed” by the failure. He went on to add that the Indian government should positively respond to the steps taken by Pakistan for peace.

India has sufficient material and technical capacity to produce between 356 and 492 nuclear bombs.

Earlier this week, Times of India reported that in the past two to three months, Indian army and air force have signed over 53 contracts mainly with France, Israel and Russia for the army to last for at least ten days in ‘intense fighting’ without running out of ammunition stock. These emergency deals are worth over $ 300m or INR 200bn.

In January, in an interview with India Today, the new Indian army chief, General Bipin Rawat’s also announced publicly the Indian army’s cold start doctrine – which up to that point was hidden and only speculated about.

Indian air force has concluded over 43 contracts worth Indian Rs 92 billion for jets including Mirage-2000s, MiG-29s and Sukoi-30MKIs, mid-air refuellers and Phalcon AWACS among others.

In the recent Indian budget passed in January, the Indian Finance Ministry also announced a ten percent increase in the fiscal budget for defence, increased to Indian Rs 2.74 trillion from  Indian Rs 2.49 trillion in 2016-17.

In October 2016, the Institute of Strategic Studies Islamabad (ISSI) published a study ‘Indian Unsafeguarded Nuclear Program’ which assessed India’s nuclear weapon capacity. In this report they asserted that India has sufficient material and technical capacity to produce between 356 and 492 nuclear bombs.

Has Smog become a fifth season in Pakistan?