Ever since the inception of India and Pakistan, Kashmir has had the misfortune of being a subject of territorial dispute between the two adversaries. On top of that, the recent events have thrust the dispute to the forefront yet again. 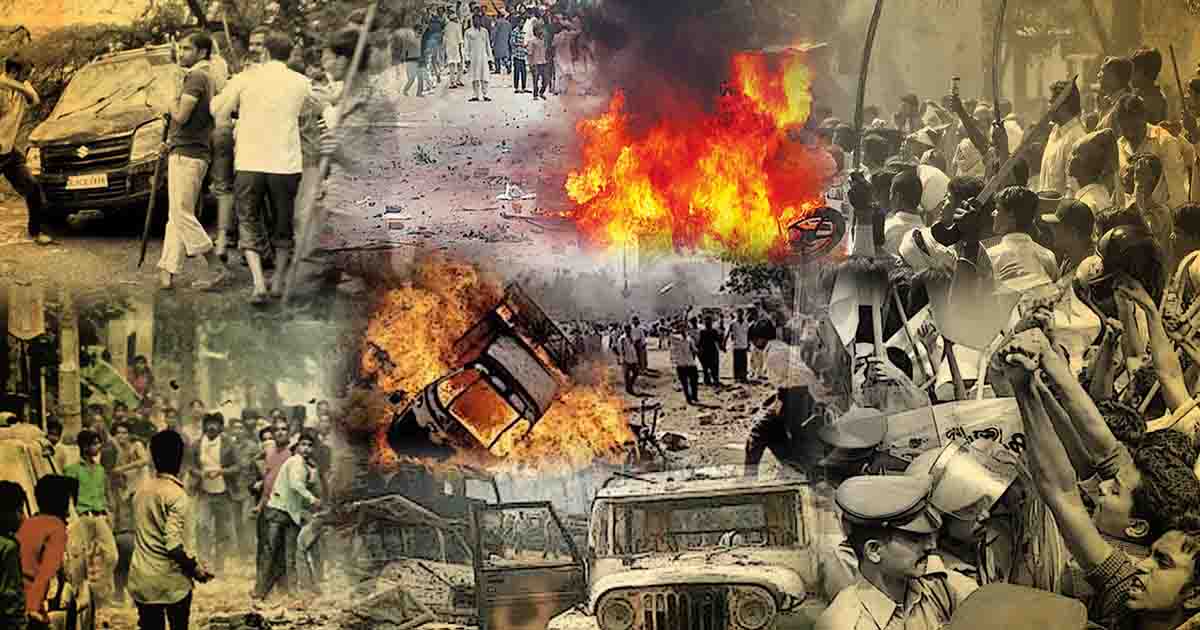 India has time and again, flaunted herself as the largest democracy as well as a secular state, a so-called advocate of peace, glossing over her rotten core of autocratic tyranny, whilst effectively hiding her propensity for violence in the name of Hindutva. Nevertheless, while the Indian state proclaims to be secular in nature, religion is the altar at which the Indian politics is a willing hostage, with the RSS zealots at the helm of affairs.

Hindutva: What is it?

Hindutva is an ideology that has its basis on the belief of ‘us’ versus ‘them’ and discards the notion of Indian nationalism in the favor of Hindu Nationalism. It is the ideology of RSS and BJP. Rashtriya Swayamsevak Sangh (RSS) also known as Rashtriya Seva Sangh, is an organization which was established in 1925 by a physician named Keshav Baliram Hedgewar, who lived in the Maharashtra region of India.

Primarily, it was formulated as part of the resistance movement against the reign of the British, and as a reaction to the rioting within the Hindus and the Muslims of the Sub-continent region. The texts written by the Hindu nationalist ideology, Vinayak Damodar Savarkar, profoundly influenced Hedgewar, which eventually lead to his embracing the rhetoric centered on the ideology of a “Hindu Nation.” Historically, the RSS has played a significant part in the Hindu nationalist movement and Indian politics with BJP being its tool.

The recent revocation of Article 370 and 35A and the subsequent curfew imposed on Kashmir by the autocratic Indian government, can be considered as the afore discussed trap.

In the past, the extremist faction had been banned by the Indian government, led by the Congress Party, on numerous occasions for its purported role in communal violence. The current ruling party of India, BJP (Bharatiya Janata Party), is mainly comprised of RSS members, which is a dangerous mix for the peace of the region, because of the radical notion of the Hindu nation being supreme.

India’s notoriety for its hegemonic ambitions and goals of regional dominance is enshrouded in the sinister whispers of religiously motivated violence and nationalistic fanaticism resulting in oppression of the minorities. The internal disturbance and mayhem in the form of social, political, religious and ethnic disparity prevalent in the Indian society has made the country a hotbed of secessionist movements. On top of that, the Indian government has chosen to crush dissent instead of resolving the uncertainties.

Consequently, discord and conflict in the country are rampant in the form of separatism. The struggle for the freedom of Kashmir is but one example of such a separatist movement. The others being the Naxalite movement in north-eastern India, the Maoist movement, the Khalistan movement in Punjab launched by the Sikhs for their freedom, the demands for separatism in Nagaland, Manipur, Assam, Tripura, Karnataka, Tamil Nadu, Telangana, Arunachal Pradesh, etc.

According to experts, Separatism can be defined as “an instance of political disintegration wherein the political actors in one or more subsystems withdraw their loyalties from a jurisdictional center and focus them on a center of their own.” This definition encompasses the situation in India, fittingly.

And now, Kashmir bleeds yet again because of the recent turn of events. It has been more than seventy years and sadly, the status of Kashmir, of being a gaping wound, remains unchanged. The sheer brutality and war crimes committed against humanity by India are mind-boggling in their intensity, their gravity, and horror. Over and over again, it happens and the world watches with aloofness concealed behind carefully crafted masks and mock concern.

It has been established throughout the history of the world that in this anarchic system, might is right; the weak are threatened by the powerful and their suffering is often overlooked with blithe disregard in favor of forging beneficial partnerships and strategic alliances. Hence, aside from passing some resolutions on United Nations forum, so far, no concrete steps have been taken by any of the bigwigs of the international community to aid the people of Kashmir.

Nonetheless, what’s to be noted is that whilst aiming for the sky, sometimes a very calculated and well-articulated trap forged for the weak can become a trap for the ones who spring it, who are high on their self-perceived significance and might. For instance, the ambitious move by India can prove to be her downfall as it has given a new life to all the ongoing separatist movements in the country.

Therefore, in the light of the above discussion, the recent revocation of Article 370 and 35A and the subsequent curfew imposed on Kashmir by the autocratic Indian government, can be considered as the afore discussed trap. Although, the move has caused upheaval within Kashmir and on a larger scale, in the region, it can be self-destructive, causing internal implosion in India because of the separatism factor.

Furthermore, the policies adopted by the “Butcher of Gujrat” and the indoctrinated fanaticism preached by the RSS factions has the potential to be the ultimate catalyst. A structure (ideology) whose foundation is built upon the suppression of humanity, a vision that is an embodiment of tyranny and oppression, racism and exclusionism, is like a metaphorical house of cards, and a house of cards cannot sustain a strong wind. That wind is blowing now, stirred by a storm of India’s own creation.