On April 12, 2019, the ICC backed out of investigating US war crimes in Afghanistan. It was under immense pressure from the United States, with threatening statements over US retribution by Sec. of State Pompeo, and others in the Trump administration. 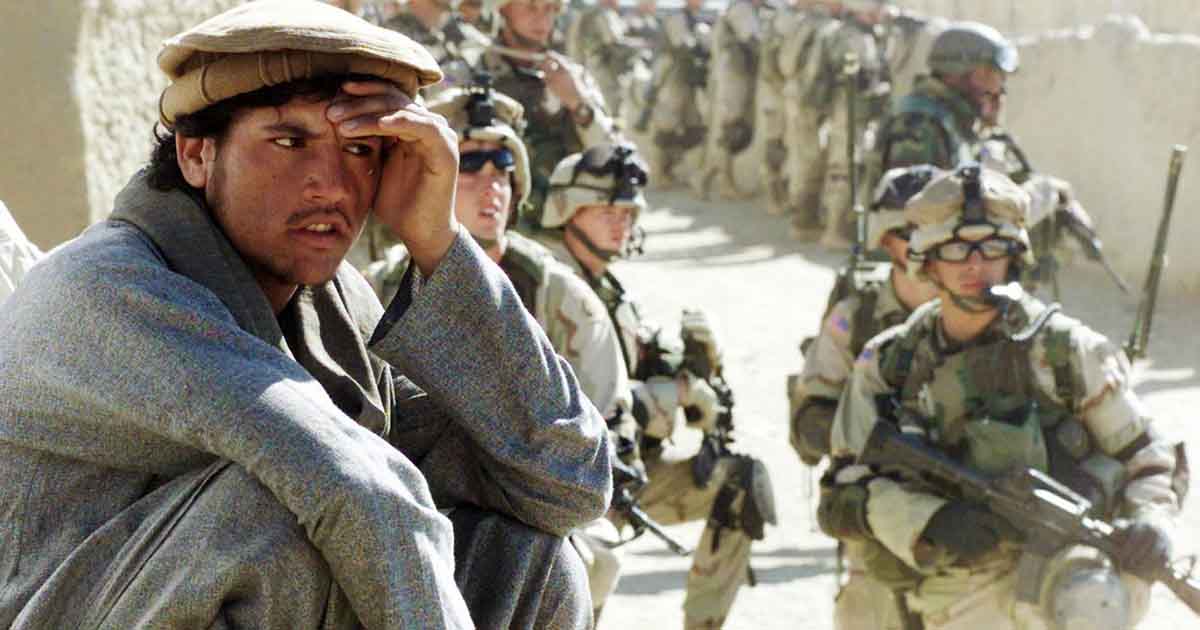 On Thursday, five former Presidents of the International Criminal Court demanded a review of the Court’s operations in the wake of its decision against investigating US war crimes committed during its 17-year long war in Afghanistan. This decision came on 12th April amidst heightened pressure from Washington, which prompted the ICC to withdraw its decision of investigating the war crimes committed by the US military, the CIA, the Afghan military forces and the Taliban.

A recent report by the United Nations, released on Wednesday, revealed that the US international security forces and the Afghan government are responsible for far more civilian deaths during the first three months of 2019 as compared to the Taliban or ISIS.

The International Criminal Court first opened up the investigation back in 2006 to investigate crimes against humanity, and in 2017, its chief prosecutor Fatou Bensouda called for a full-blown investigation into the crimes committed by US troops and the CIA in Afghanistan since 2003.

From December 2017 to February 2018, the ICC was flooded with more than 1 million statements and appeals from Afghan victims who had been subjected to brutality, molestation, forceful detention, unlawful arrests, massacres and more.

During the 17-year Afghan war, the US troops have been accused of many massacres, unlawful arrests, search and cordon operations that led to numerous deaths, and forceful detentions of innocent Afghans and many others who now serve their time in Guantanamo Bay. The Kandahar Massacre in March 2012, is one of the many crimes committed by the US troops that claimed the lives of innocent children, women and other civilians.

Justice Thwarted by US Threats

In response to the allegations of war crimes, the US troops stated that all those who lost their lives were militants, however, the Afghan Independent Human Rights Commission, UNHRC and other organizations revealed that an unprecedented number of war crimes had been committed by US forces.

On 12th April, the ICC abandoned its campaign of unravelling US war crimes by stating that such as investigation “at this stage would not serve the interests of justice”, and argued that the court needs to allocate its resources on undertaking “activities that would have a better chance to succeed”.

While the prosecution maintained that the Taliban and other anti-state organizations in Afghanistan “can be held responsible”, the prosecution also stated that it had “reasonable basis” to conclude that the US troops, CIA and the Afghan forces were also involved in multiple crimes against innocent civilians. However, the ICC concluded that it did not have sufficient information or the means to conduct a thorough and conclusive analysis.

The ruling of the ICC stated, “An investigation into the situation in Afghanistan at this stage would not serve the interests of justice and, accordingly, rejects the request”. Analysts across the world have concluded that the ICC has backed out of its investigation amidst harsh statements and veiled threats from the US State Department and other governmental institutions in Washington. A statement issued by the US State Department read, “The United States will take the necessary steps to protect its sovereignty and to protect our people from unjust investigation and prosecution by the International Criminal Court.”

Earlier in March, US Secretary of State Mike Pompeo had threatened the ICC staff requesting to investigate the US war crimes and humanitarian abuses in Afghanistan and other regions that their visas will be denied or revoked. Moreover, the same penalties would apply on those who attempt to investigate the war crimes committed by Israel. Furthermore, Washington even threatened to arrest and put sanction on ICC judges and senior officials who seek to press charges against any US official or security personnel who has served in Afghanistan.

The Trump-led US government has exhibited a tough stance against the ICC’s investigation into the Afghan war crimes, and Washington even revoked the US visa of the Chief Prosecutor Fatou Bensouda, who had taken the initiative of allowing innocent Afghan victims a platform to speak out on the war crimes of the US and Afghan troops and the CIA.

John Bolton, Trump’s National Security Adviser, labelled the ICC as “outright dangerous” for Washington and Israel, and threatened, “If the court comes after us, Israel or other US allies, we will not sit quietly.” He went onto threaten the ICC court officials with criminal charges and economic sanctions in the event an investigation is launched against any US citizen.

Hadi Marifat, the Executive Director of the Afghanistan Human Rights and Democracy Organization (AHRDO), an independent human rights NGO, stated that the refusal of the ICC judges to investigate US war crimes has “shattered many of the long-cherished hopes and aspirations of Afghans for justice and fairness”.

Speaking to Justice Hub, Marifat stated that this decision by the ICC is a clear indication that the “there’s no credible global institution to hold anyone implicated in the violence accountable.” Marifat explained that the 699 Afghan victims, human rights activists, lawyers and defenders who came out with their stories of suffering and brutality at the hands of the US troops and agencies had taken “enormous risks-just to get justice in return.”

The Afghan victims were hopeful that the investigation campaign led by the ICC would fulfill their long-held hope for justice, but the court has exactly the opposite by prioritizing the “interests of the powerful and the perpetrators”. Marifat stated, “The court has shattered their hopes by this politically-driven decision.”

In 1986, the International Court of Justice made headlines by ruling in favor of Nicaragua in the shocking case filed by the Republic of Nicaragua against the USA. The ICJ had ruled that USA had “violated international laws” by blatantly supporting the Contras in the rebellion they staged against their government, and by conducting illegal mining operations on Nicaragua’s harbors. Washington blatantly refused to take part in the proceedings, claiming that the ICJ had “no jurisdiction” to open up such a case. Moreover, Washington prevented the enactment of the ICJ’s judgment of awarding reparations to Nicaragua through its position in the UNSC and prevented the approval of any compensation to the affected nation.

ICJ had concluded that the USA had breached “its obligations under customary international law not to use force against another State” along with intervening in another state’s affairs, violating its sovereignty and “interrupting peaceful maritime commerce”.

Previous articleChina’s Xi aims to soothe ruffled feathers over the Belt and Road initiative
Next articleAmerican President is frustrated over losing 300,000 Twitter followers

US Secretary of State Mike Pompeo talks about Religious abuse

China retaliates: imposes its own sanctions after US restrictions on media outlets