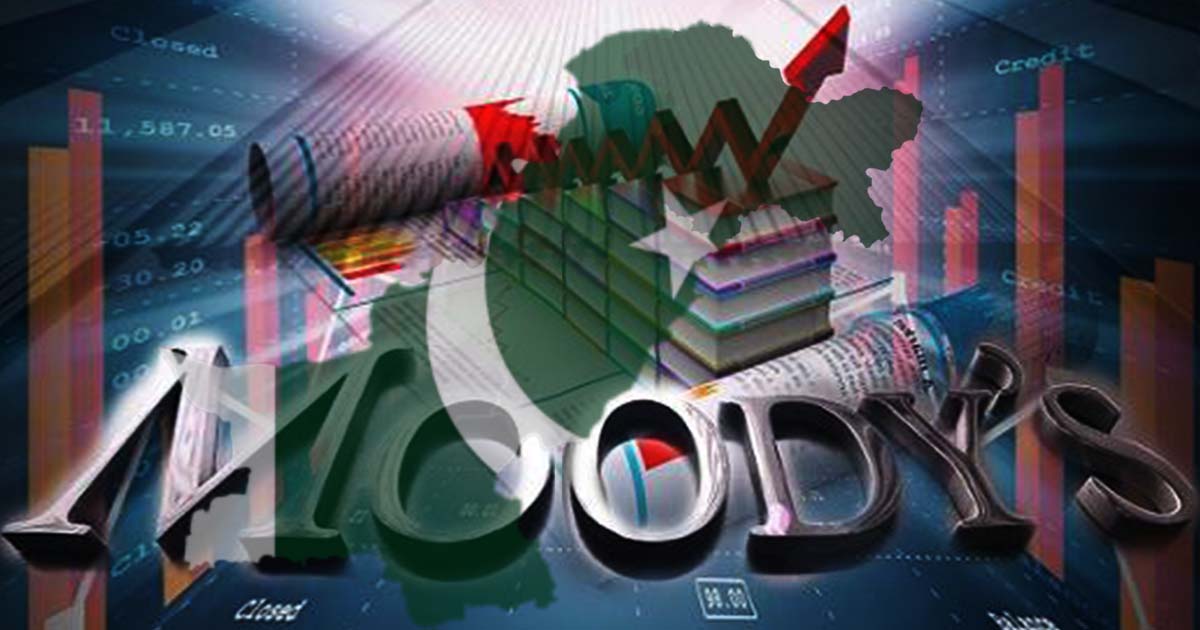 The agency also maintained the country’s B3 rating. “Moody’s upgrades Pakistan’s outlook to B3 ‘Stable’ from ‘Negative’. The upgradation of outlook to Stable is affirmation of Government’s success in stabilising the country’s economy and laying a firm foundation for robust long term growth,” Finance Minister Hafeez Shaikh said in a Twitter post.

Pakistan’s outlook was downgraded to “negative” in June 2018 due to the country’s depreciating foreign reserves, which posed  “heightened external vulnerability risk”.

Pakistan has successfully made a foreign debt repayment of over $1 billion, shaking up the country’s foreign currency reserves on the day Moody’s rating agency upgraded Islamabad’s credit rating outlook to ‘stable’ from ‘negative’.

“We paid over $1 billion including interest payment at the maturity of a Sukuk today (Monday),” State Bank of Pakistan (SBP) official confirmed.

“Yes, the reserves may have decreased by over $1 billion at this time, however, one cannot say the reserves have exactly shrunk by that amount as other transactions (foreign inflows and outflows) have to be accounted for before figuring out the actual volume of the reserves,” the official added.

“The change in outlook to stable is driven by Moody’s expectations that the balance of payments dynamics will continue to improve, supported by policy adjustments and currency flexibility. Such developments reduce external vulnerability risks, although foreign exchange reserve buffers remain low and will take time to rebuild,” said Moody’s in a statement on Monday.

While the financial outlook still remains uncertain and according to speculations, favourable, Pakistan is in line to receive $2.3 billion worth of commercial loans along with payments from the IMF

The trade deficit has been on a declining trend in the ongoing fiscal year mainly due to government’s corrective measures to slow down imports in order to reduce pressures on foreign exchange reserves and slump in overall demand.

This was followed by an inflow of foreign investments worth $1 billion in the forms of Treasury Bills and Pakistan investment bonds as State Bank set the interest rate at a whopping 13.25%, making Pakistan a fierce global competitor in the securities market.

Our economy is picking pace. I am confident WE WILL succeed. Ameen— Mir Mohammad Alikhan (@MirMAKOfficial) November 15, 2019

While the financial outlook still remains uncertain and according to speculations, favourable, Pakistan is in line to receive $2.3 billion worth of commercial loans along with payments from the IMF.

In May this year, the IMF announced a $6 billion bailout package to cash-strapped Pakistan to prop up the latter’s crumbling economy amid tough conditions, which analysts reckon will further rise inflation and utility tariffs.

Grappling with a colossal $18 billion current account deficit, Prime Minister Imran Khan’s government had approached the IMF for a bailout package in August last year amid change of his financial team, which failed to contain the mounting current account and budget deficit and decreasing growth rate apart from a sharp devaluation of rupee against dollar.

The government appointed Reza Baqir – a former IMF employee as governor of the State Bank of Pakistan – a move viewed as “outsourcing the economy to IMF” by the opposition.

Keeping in view the series of loans that are to hit Pakistan’s economy, the State Bank has undertaken policies to combat unfavourable consequences such as setting a high interest rates to combat inflation, and pursue stabilisation policies for long term benefit.

Pakistan slams the US; calls for immediate action against sanctuaries in Afghanistan