Under sanctions, Iran is fighting coronavirus with cases reaching to an unprecedented levels. Iran is facing severe shortage of equipment and medicines to treat its patients but stubborn Iranian and American leaders continue their fight. Pak PM Imran Khan was the first to urge US to lift sanctions from Iran. 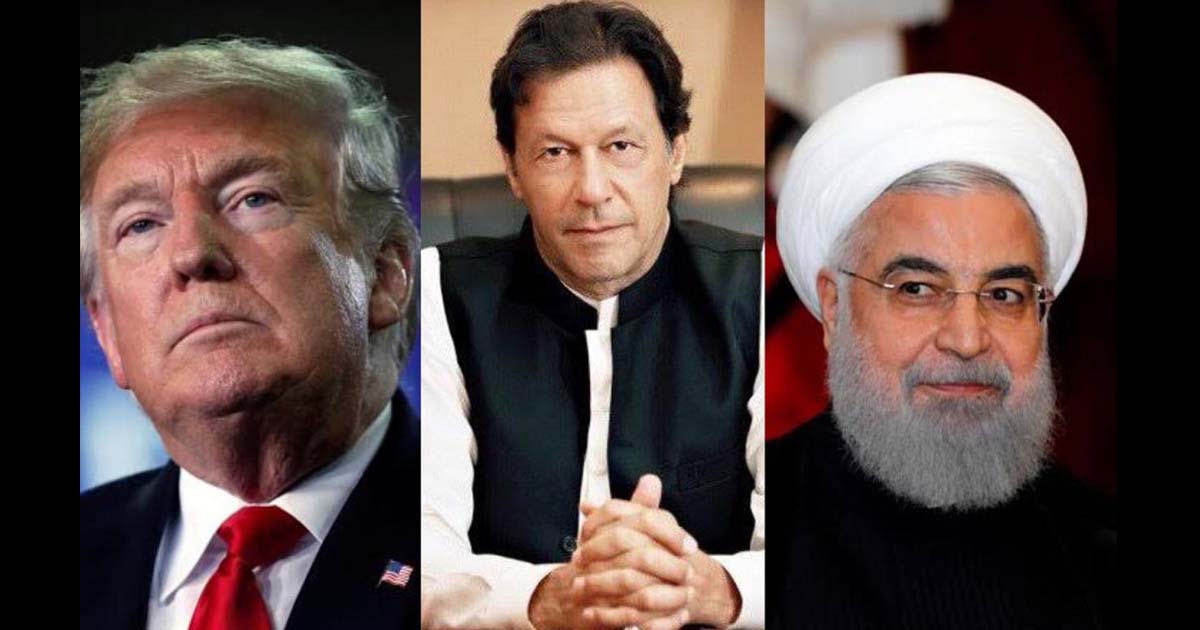 Saadi Shirazi, one of the prominent Iranian poets of the medieval period, once wrote, “Extending a hand in the hour of need is the mark of a true friend.” Iran is struggling with the COVID-19 pandemic and economic sanctions simultaneously, and all its friends are in trouble. Then who can help?

Pakistani Prime Minister Imran Khan, in a tweet on March 22, called on the United States to temporary lift sanctions on Iran “till the COVID-19 pandemic is over.”

Khan’s call for lifting the economic sanctions on Iran is an appropriate gesture, and history has shown that Iranians never forget those who have extended a helping hand. However, there are other factors behind his action that should not be ignored.

The coronavirus outbreak in Iran has devastated the country and exhausted its resources. Medical professionals face a lack of necessary equipment, test kits, and medications

Pakistan is Iran’s eastern neighbor and the two share a volatile common border in Baluchistan. The border region is known to be porous and infectious diseases could easily cross from Iran into Pakistan (or vice versa). The same is true about the Iran-Afghanistan border, Pakistan-Afghanistan border, and Afghanistan’s borders with its Central Asian neighbors.

A COVID-19 outbreak of China’s magnitude in the South Asia region could collapse many systems. The countries of the region have so far reported lower numbers of infected, but that may be due to a lack of test kits rather than to the actual rate of infection.

The COVID-19 outbreak, unlike anything in recent memory, has shown that no country and no region is exempt. Iran’s Arab neighbors closed their airports to Iranian traffic to prevent the virus from reaching them, but this only succeeded in heightening tensions.

These countries have blasted Iran for its lack of transparency in handling the outbreak, and Iran blamed some members of the Non-Aligned Movement (NAM), such as Saudi Arabia, Bahrain, and Morocco, for blocking the NAM from issuing a statement condemning U.S. sanctions against Iran.

Read more: Coronavirus: Will the real world please stand up for refugees?

Some Middle Eastern states may have hoped that the worsening health crisis in Iran would eventually bring the regime to make geopolitical concessions. The recent deaths of some parliament members and high-ranking officials in Iran could be the source of this hope.

But so far, the only signals out of Tehran have been defiant. Iran’s Supreme Leader Ali Khamenei even stated on March 12 that the outbreak may have been the result of a biological attack on Iran and called for an “exercise in biological defense.”

The coronavirus outbreak in Iran has devastated the country and exhausted its resources. Medical professionals face a lack of necessary equipment, test kits, and medications. This has pushed the country’s healthcare system toward the edge of collapse. Mismanagement, lack of transparency, and the withholding of information from the public about the outbreak are blamed for Iran’s current grim situation.

Although Iran has in the past dealt commendably with public health threats and infectious diseases such as polio and smallpox, Iran’s access to the global market to procure medical equipment and medications was curtailed between 2010-2013 due to international sanctions.

The situation started to improve after the nuclear deal or the Joint Comprehensive Plan of Action (JCPOA) was reached in 2015, and those sanctions were lifted. However, because the U.S. withdrew from the JCPOA in 2018 and reimposed crippling sanctions, Iran’s public healthcare system is also overwhelmed.

The broad and unprecedented magnitude of the COVID-19 outbreak has been impacted by several other factors, of which sanctions are only one element. Iranian authorities initially mishandled the pandemic, perhaps due to Iran’s special relations with China. The holy city of Qom, one of the major shrines in the Shia world and a key Iranian religious center, has been ground zero for the virus outbreak in Iran, making containment difficult.

The inability of those in charge to make decisions that are both correct and timely has also contributed to current situation. Their lack of transparency and unwillingness to shut down Iranian cities to slow down the spread of the virus has played a major role in the pandemic’s spread. Their fear that the Iranian economy might collapse under such measures led them to ignore the larger economic effect that an unchecked coronavirus outbreak was likely to have.

The arrival of an international medical organization, Doctors Without Borders, to the city of Isfahan on March 22 — where it set up a 50-bed hospital to help with COVID-19 patients — fueled paranoia among Iranian hardliners.

Hossein Shariatmadari, editor of the heard-line newspaper Kayhan with close ties to the Supreme Leader, called it a “mistake” and “unwise” to let the organization enter into country. A day later, the team was expelled from Iran. Also on March 22, Khamenei refused U.S. help, citing an unfounded theory that the coronavirus is American-made and claiming, without evidence, that it “is specially built for Iran using the genetic data of Iranians.”

China’s and the United States’ reaction to the outbreak

If the outbreak expands into South Asia, most countries in the region can likely count on China for help. China is currently leading in terms of sharing information and experience about COVID-19 with countries that want to receive it.

What other countries in the neighborhood see from a comparison between the U.S. and China, is not serving the image of the U.S. rather empowering China

The same cannot be expected from the United States, which is struggling to contain the virus despite having had over a month to prepare for its spread. Donald Trump’s use of the term “Chinese virus” to describe the pandemic can be viewed as an effort to hide his own culpability in enabling the virus to take root in the U.S.

The effect of the Trump administration’s maximum pressure on Iran, which is purportedly aimed at “changing Iran’s behavior,” has so far been catastrophic and harmed Iranians more than the regime. It has empowered Iranian hardliners and has brought out the most desperate elements within the regime.

As Gen. Kenneth McKenzie said in congressional testimony on March 12, in response to a question on whether the COVID-19 outbreak will make Iran less hostile to the U.S, it probably will make Iranians “more dangerous rather than less dangerous.”

The way the U.S. has handled the coronavirus outbreak has also not been a positive example for the rest of the world. What other countries in the neighborhood see from a comparison between the U.S. and China, is not serving the image of the U.S. rather empowering China. This is not a disease from one country or a region. As Prime Minister Khan ended his tweet, “Humanity must unite to fight this pandemic,” sentiment that harkens back to Shirazi’s writings:

Fatemeh Aman is a nonresident senior fellow in the Atlantic Council’s South Asia Center. Follow her on Twitter @FatemehAman. This piece was originally posted on Responsible Statecraft and is republished with the author’s permission. The views expressed in this article are the author’s own and do not necessarily reflect the editorial policy of Global Village Space.

The US withdraws from Iran deal: aftermaths