Iran has extended support towards Kashmir. Iran's supreme leader Ayatollah Khamenei & other religious scholars have issued statements against Indian brutalities in Kashmir. Iran's President also raised the issue with Narendra Modi in his recent meeting but some other clerics are not that relenting. 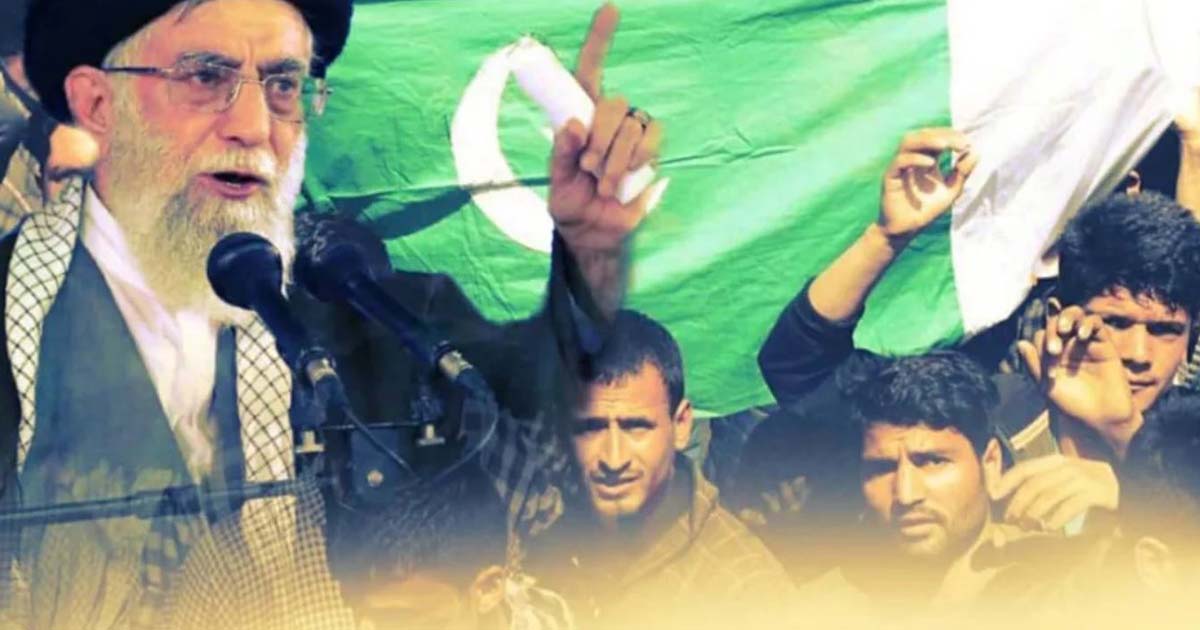 Iran’s Supreme Leader and a group of the country’s grand ayatollahs have taken a rare position on Kashmir and condemned India’s government for eliminating the area’s special status.

In the past, Tehran has been careful to avoid antagonizing the government in New Delhi and has sought instead to bolster Iran-India ties and to balance Iran’s relations with India and Pakistan.

The current situation in #Kashmir &the disputes between India &Pakistan regarding it are a result of the vicious British government’s measures while leaving the Indian subcontinent. The British intentionally left this wound in that region in order to sustain conflicts in Kashmir.

But India’s decision to eliminate Kashmiri autonomy and impose what amounts to martial law on the Muslim-majority region has put the Islamic Republic in a quandary. Iran has called on both India and Pakistan to ease tensions but put the blame for the new crisis on India.

In a phone call between Iranian President Hassan Rouhani and Pakistani Prime Minister Imran Khan on the occasion of the Eid al-Adha, the Iranian president called on India and Pakistan to show restraint, prevent insecurity and the killing of innocent Kashmiris. The Kashmir issue, Rouhani said, “has never had a military solution.”

Rouhani also stated that the Islamic Republic “has made all efforts to prevent tension and unrest in the region.” He went on to say that “Kashmir’s Muslims must be able to use their own interests and legal rights and be able to live in peace.”

Khamenei said, “the Muslim world should openly support the people of Yemen, Bahrain, and Kashmir and repudiate oppressors and tyrants who attacked”

Iran’s foreign ministry initially responded to Kashmir developments by expressing hope that India and Pakistan would “adopt peaceful means and dialogue to take effective steps to secure the interests of people in the region.”

However, Tehran’s Friday prayers leader, Ayatollah Mohammad Ali Movahedi-Kermani, called revoking Kashmir’s autonomy “an ugly act” and warned India “to prevent confrontations with the Muslims” as “this is not in India’s interest or the interest of the region.”

On August 21, Khamenei tweeted: “We have good relations with India, but we expect the Indian government to adopt a just policy towards the noble people of Kashmir and prevent the oppression & bullying of Muslims in this region.”

We’re concerned about Muslims’ situation in #Kashmir. We have good relations with India, but we expect the Indian government to adopt a just policy towards the noble people of Kashmir and prevent the oppression & bullying of Muslims in this region.

Some Iranian grand ayatollahs were harsher.

Grand Ayatollah Mohammad Alavi Gorgani called on all Islamic Ummah, scholars, statesmen and human rights institutions “to respond to this issue [Kashmir events] and act based on their humanitarian obligation regarding these unjust acts and avoid silence over this major insult.”

There have been frictions between India and Iran in the past, leading to diplomatic downsides, including in 2010 when the Indian government summoned Iran’s envoy to New Delhi to protest what it called Tehran’s meddling in India’s internal affairs. That was a response to Khamenei’s message to hajj pilgrims in which he called on Muslims worldwide to support Kashmiris. Two years later, however, Khamenei expressed admiration for India to Prime Minister Manmohan Singh, who was attending a Non-Aligned Movement summit in Tehran during 2012.

Read more: There is no dialogue until Kashmir Curfew is lifted: PM Khan’s NYT article

In 2016, when current Indian Prime Minister Narendra Modi met Khamenei in Tehran, the Supreme Leader spoke of “the historic cultural background between both countries and emphasized the need for expansion of Iran’s relations with India as one of the emerging and progressive economies” in the world. Modi, in turn, noted that “Islam is the religion of love and affection with no connection to terrorism.”

Yet a year later, in 2017, Khamenei said, “the Muslim world should openly support the people of Yemen, Bahrain, and Kashmir and repudiate oppressors and tyrants who attacked [them].”

Kashmir has played a role in the ideology of Iranian Islamists even before the 1979 revolution. It was present in the thoughts and teachings of Ayatollah Ruhollah Khomeini, the leader of the revolution, more than a decade before 1979. In a speech in Najaf in 1965, Khomeini called on all Muslims to set aside their differences and unite in support of a variety of Muslim causes. If the Islamic world could unite, the future founder of the Islamic Republic Iran said, “then Jews would not covet Palestine, then Hindus would not covet Kashmir.”

In the early days of the revolution, Iran supported Kashmir’s desire for independence, a position that clearly irritated India. Iran’s clarification that Kashmiri independence wouldn’t require its annexation by Pakistan, upset Islamabad. But despite many ups and downs in relations with India and Pakistan, Iran managed in the past to prevent the Kashmir issue from impacting its relations with either country.

One reason why Iran has not embraced Pakistan’s position that Kashmir should be part of Pakistan is that Iran doubts that Islamabad is a reliable ally. One only needs to look at the collapse of the so-called Peace Pipeline meant to transfer Iranian natural gas to Pakistan to understand that Islamabad puts relations with other countries—for example, the United States—above its ties to Iran.

Also, although some Pakistani Shias have been willing to fight on Iran’s side in support of the Bashar al-Assad government in Syria, they don’t have the same political significance for Iran as Arab Shias in countries such as Bahrain, Iraq, and Lebanon. This is perhaps because Pakistani Shias, with a front-row seat on the Islamic Republic, are not so enamored with Iran’s theocratic system. Pakistani Shias, although a minority in their country, are well integrated into Pakistani society and have occupied major positions in Pakistan’s politics and history. Pakistan also has shown little tolerance toward sectarian violence directed against Shias.

Could Kashmir become a subject of contention in Iran’s fractious domestic politics?

Hardline pressure groups have acted as mobs in the past to undercut the Rouhani government. Examples include the vigilantes who trashed the Saudi embassy in Tehran and the Saudi consulate in Mashhad after the Saudi government executed a prominent Saudi Shia leader in 2016. It remains to be seen whether Kashmir will become a domestic political issue in Iran.

Fatemeh Aman is a nonresident senior fellow in the Atlantic Council’s South Asia Center. Follow her on Twitter @FatemehAman. This piece was originally posted on Atlantic Council and is republished with author’s permission.

Previous articleIndian Citizenship List set to leave Millions Stateless, Most are Muslims
Next article9/11 masterminds will be put on trial in Guantanamo Bay after two decades

29 July 2021
Previous articleIndian Citizenship List set to leave Millions Stateless, Most are Muslims
Next article9/11 masterminds will be put on trial in Guantanamo Bay after two decades

Sajal Aly has a loving message for Ahad Raza Mir

The US-Iranian Proxy War Will Continue In “Syraq”