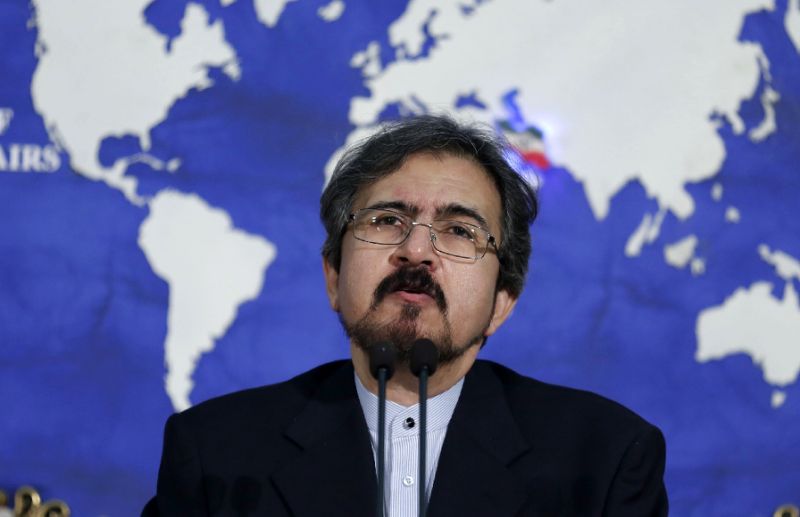 Iran rejected France’s call for talks on issues beyond the nuclear dossier on Friday, saying it was impossible so long as Western powers failed to meet existing commitments. “There is no basis of trust for negotiations, certainly on subjects which are non-negotiable,” said foreign ministry spokesman Bahram Ghasemi, according to the Tasnim news agency.

French Foreign Minister Jean-Yves Le Drian said Thursday that Iran must be open to discussions on its missile programme and regional interventions. But Ghasemi said Europe must first show it can salvage the 2015 nuclear deal following the withdrawal of the United States in May and its reimposition of sanctions.

“The European authorities have up to now repeatedly stated their position but have not succeeded in presenting the necessary and sufficient guarantees that we are awaiting… to preserve the international agreement,” he said.

“The Iranian people have no other solution than to be mistrustful towards them while their commitments are not being fulfilled. ” Le Drian’s latest comments echoed some of the reasons given by US President Donald Trump for his withdrawal from the nuclear agreement.

“Iran cannot avoid discussions, negotiations on three other major subjects that worry us — the future of Iran’s nuclear commitments after 2025, the ballistic question… and the role Iran plays to stabilise the whole region,” Le Drian said in Vienna.

Iran denies seeking nuclear weapons and says its missiles are a legitimate defence against much more heavily armed rivals. The 2015 deal lifted international sanctions in exchange for curbs to Iran’s nuclear programme. The International Atomic Energy Agency said Thursday that Iran was still keeping to its commitments. But the return of US sanctions has led most European firms to abandon projects in Iran and is already impacting its oil sales ahead of a second wave of measures targeting its energy industry in November.

Pearl Harbor: what convinced the Japanese military, that it was ‘now or never’?