Iran talks aim to save nuclear deal after US pullout 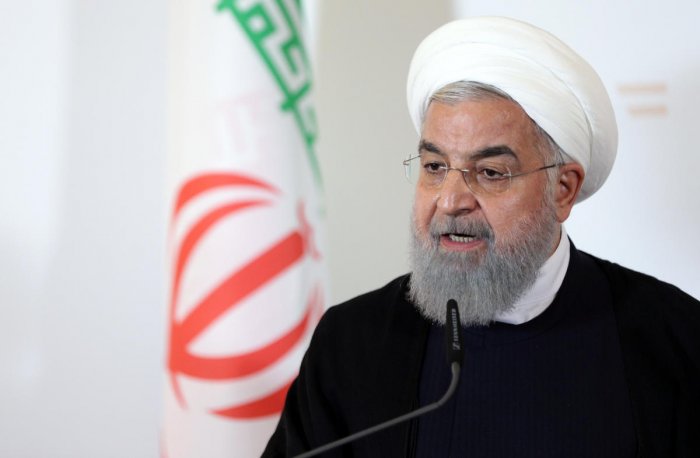 The top diplomats of Iran and five world powers meet Friday as Tehran seeks assurances it will benefit economically from the nuclear deal despite the US withdrawal from the pact.

US-Iran relations have been hostile since the 1979 overthrow of the US-backed shah and US embassy hostage crisis.

But in a setback on the eve of the talks, Iran’s President Hassan Rouhani told French President Emmanuel Macron that European economic measures now on offer did not go far enough.

Rouhani, who this week visited Europe to rally support for the nuclear deal’s survival, said in a phone call with Macron that the package “does not meet all our demands”, reported Iran’s IRNA state news agency.

Since US President Donald Trump’s shock move in May, which dismayed all other signatories, Washington has warned other countries to end trade and investment in Iran and stop buying its oil from early November or face punitive measures.

The other signatories — Britain, France, Germany, China and Russia — have vowed to stay in the accord but appear powerless to stop their countries’ companies pulling out of Iran for fear of US penalties.

The Vienna meeting of foreign ministers will discuss the European offer that aims to persuade Iran to stick with the 2015 deal, a European diplomat said without specifying the measures.

The top diplomats of the five powers and the European Union were due to join Iranian Foreign Minister Mohammad Javad Zarif from 0900 GMT in Vienna, where the accord was signed.

Rouhani told Amano that US sanctions were a “crime and aggression” that other nations should resist, according to IRNA.

Russian Deputy Foreign Minister Sergei Ryabkov said this week the talks should give an “impetus” to protect the interests of economic actors.

And Chinese Foreign Minister Wang Yi said the meeting would “send a united and determined signal” to the world that the other parties “will continue to respect the agreement”.

Read more: Iran hints at moving away from the nuclear deal if Europe…

Iranians have complained that the hoped-for rise in foreign investment and trade after the deal has not materialised. Since Trump’s announcement, Iran’s rial currency has fallen, prices have risen and the country has been hit by street protests and strikes.

Rouhani, who signed the nuclear deal, has been attacked at home by ultra-conservatives, who have denounced his willingness to talk to the West and accused him of hurting the economy.

Visiting Austria on Wednesday, he met Yukiya Amano, head of the UN nuclear watchdog IAEA which monitors Iran’s compliance with the accord. Rouhani told Amano that US sanctions were a “crime and aggression” that other nations should resist, according to IRNA.

He added that “if the other signatories, apart from the United States, can guarantee Iran’s interests then Iran will stay in the JCPOA”, or Joint Comprehensive Plan of Action, the accord’s formal name.

Russian Deputy Foreign Minister Sergei Ryabkov said this week the talks should give an “impetus” to protect the interests of economic actors.

Trump in May slammed the nuclear accord signed under his predecessor Barack Obama as “horrible” and “defective at its core,” earning applause from Iran’s regional rivals Saudi Arabia and Israel.

Iran, which strongly denies ever having sought a nuclear bomb, has warned it could resume uranium enrichment for civilian purposes if the deal collapses.

Supreme leader Ayatollah Ali Khamenei has vowed that Iran “will never tolerate both suffering from sanctions and nuclear restrictions”. US-Iran relations have been hostile since the 1979 overthrow of the US-backed shah and US embassy hostage crisis.

Washington considers Iran a state sponsor of terrorism, with links to Lebanon’s Hezbollah, Hamas in the Palestinian territories and networks in Iraq and Yemen, and demands it cease support of Syrian President Bashar al-Assad.

The new round of diplomacy has been clouded after security services said they had foiled an alleged plot to bomb a Paris rally by an exiled Iranian opposition group, the People’s Mujahedeen of Iran.

Six people were arrested in Belgium, France and Germany, while the opposition group blamed the Iranian regime for the alleged plot. One of those detained was a diplomat attached to the Iranian embassy in Austria.

Tehran dismissed it is an orchestrated “false flag ploy”, designed to discredit Iran and overshadow Rouhani’s trip to Europe, and Wednesday summoned the French and Belgian ambassadors and the German charge d’affaires in protest.

Will Modi take U-turn for peace with Pakistan? – M.K Bhadrakumar

The Weather and Your Mood

Iranians must have ‘right to choose’ at polls: Rouhani